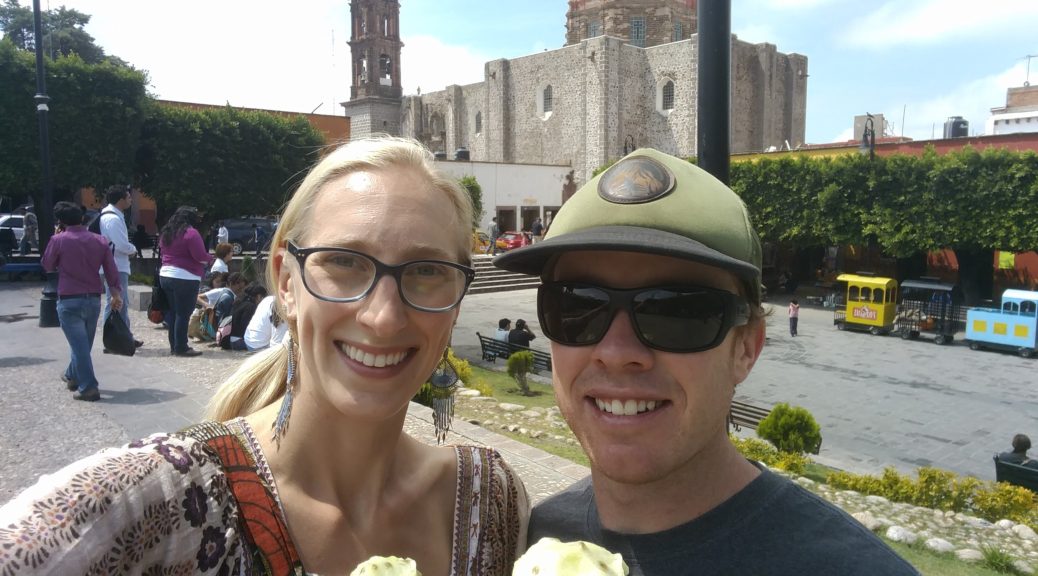 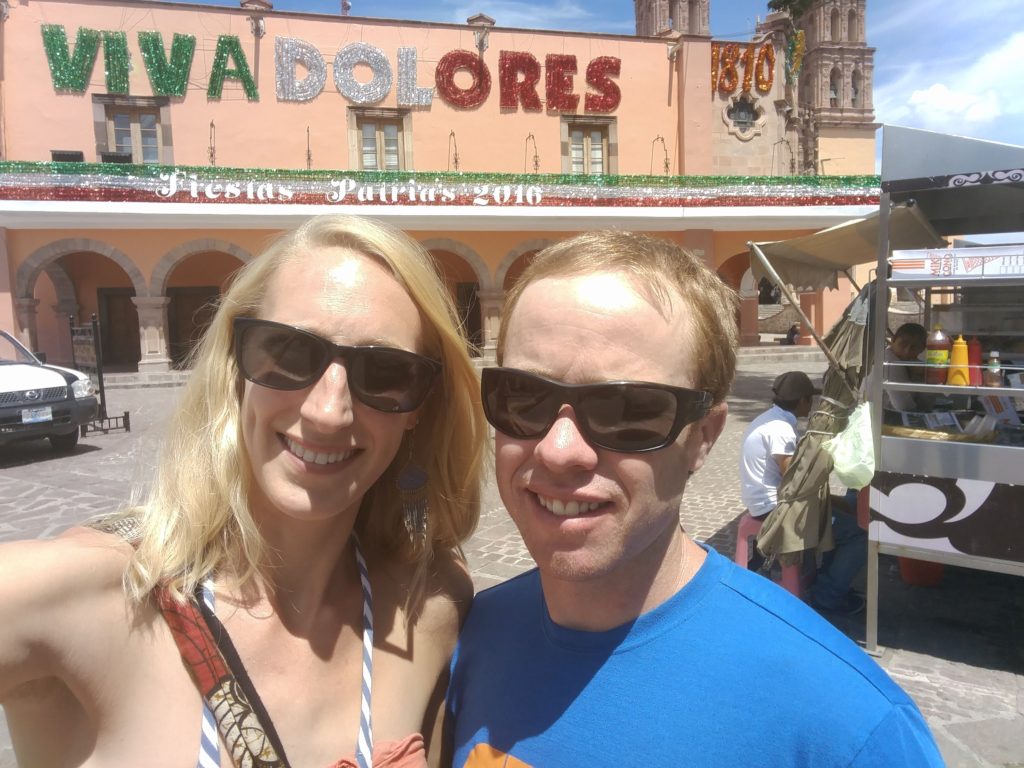 After leaving the wonderful pueblo of Guanajauto and wishing farewell to our new traveling friends, we were off to San Miguel de Allende and Dolores Hidalgo, both very important stops along the route of Mexico’s independence. Dolores Hidalgo is where the first ‘El Grito’ took place in 1810 at the beginning of Mexico’s revolution for independence. It is also currently known for its high quality of ice cream which of course we planned to seek out. 🙂 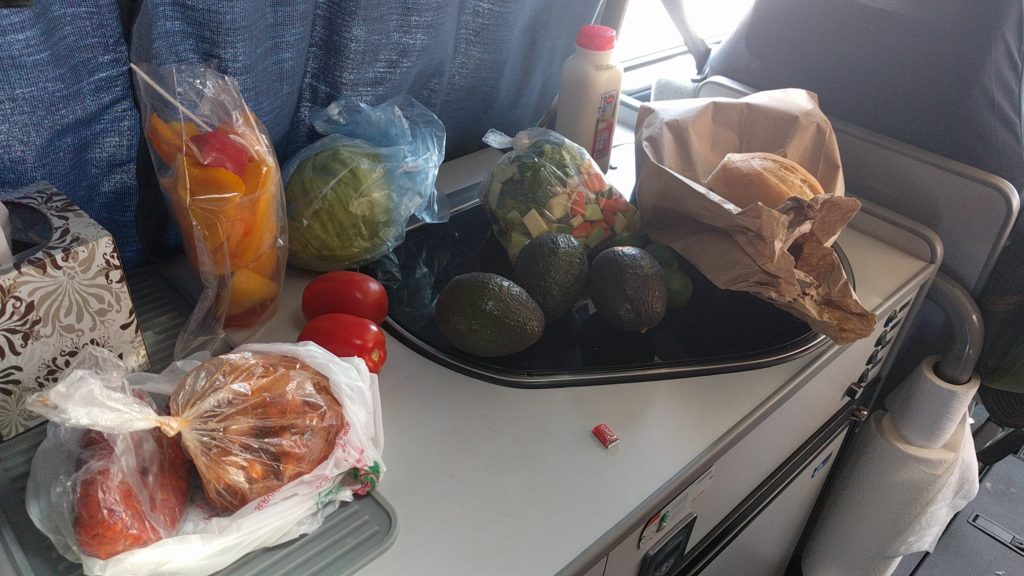 Upon arrival we immediately found ourselves in the local market to gather some groceries for the days ahead. It was wonderful to obtain an abundance of fresh fruits, veggies, meat and bread for a little more than $6. After our successful score of goods, we strolled through the main plaza and sampled some delicious ice cream and realized all of the hype was on point. It was the best ice cream we have ever tasted! 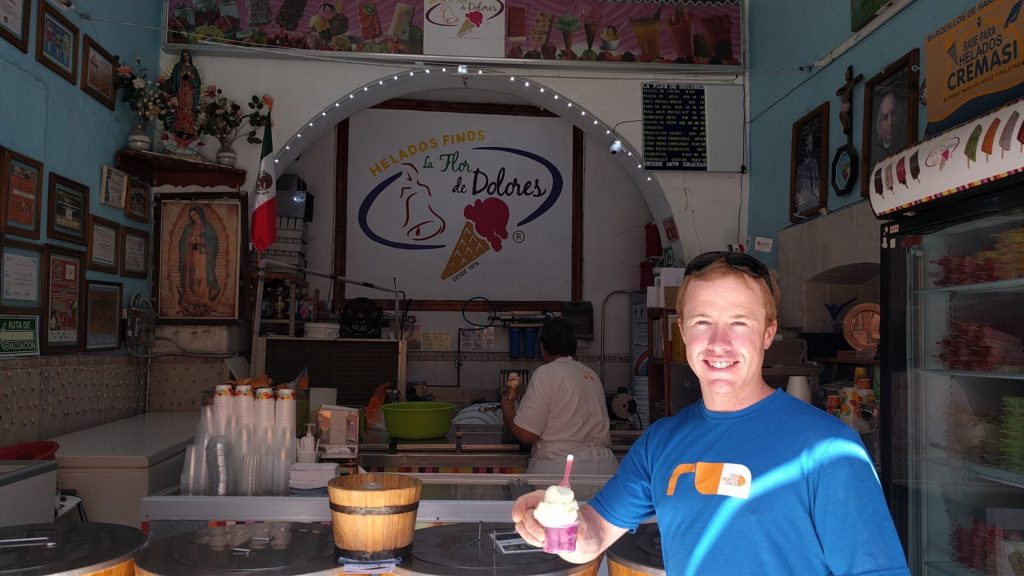 A quick twenty minutes further on the highway and we’d arrived in the progressive and wealthy town of San Miguel de Allende. Sarah had discovered a RV camping lot near the heart of town that has been the best camping location we’ve paid for yet. Beautifully clean bathrooms, strong internet, water, electricity and plenty of grassy space to spread out, we felt great about our spot for the night. Two other large campers were set-up, one a German couple in an amazing overland vehicle (MAN truck), and a Swiss family with two kids and brown lab in their large Fiat camper. The German couple had intentions of making their way to South America but fell in love with the town and the RV park, they decided to stay for seven years! They told us how they still want to continue, but with the currency exchanges favoring travelers, they were in no hurry. As for the Swiss, they had plans like ours but were on a much more open-ended time frame, planning to stay one to two months at each location they stop. 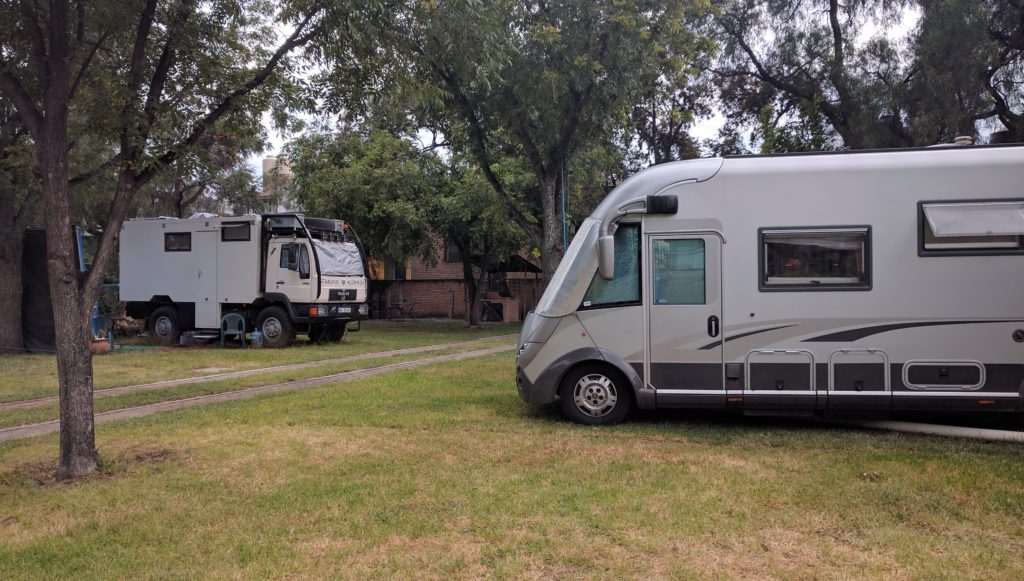 Once settled, we made our way to the town center with rain clouds looming. We were told a two week long festival was underway with events every day and night. 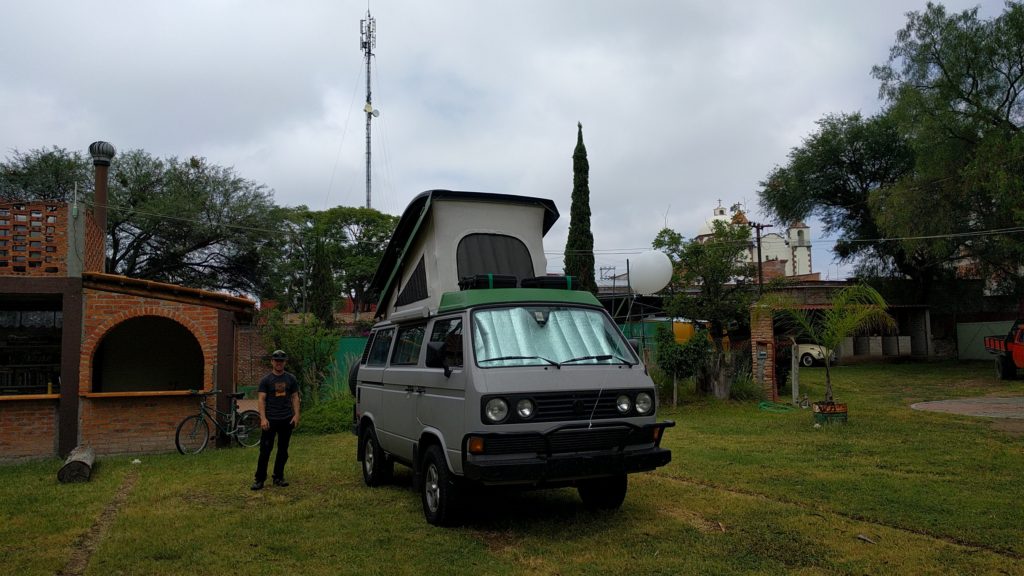 We arrived to a crowded plaza with a stage setup for various performances. It appeared some performers were ready to begin again but the rain came in strong and the announcer called the events off until the next day. Having plans to leave bright and early we were a little bummed we missed the action and thought about heading back to camp. However the night was far from over. 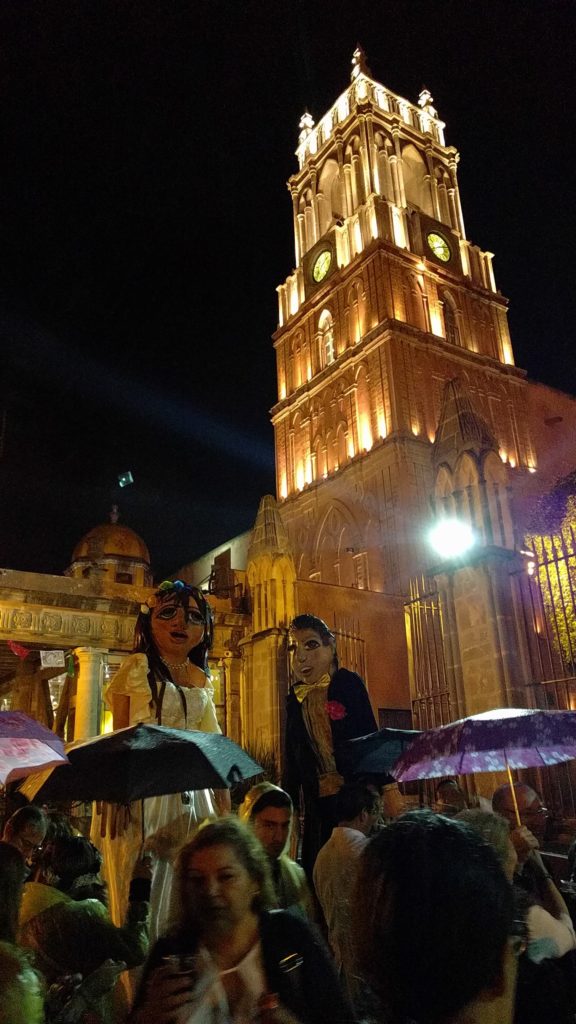 Deciding to mull around the church near the stage before heading out, we started to realize that something else was about to happen. Before we knew it, well dressed servers handed us two glasses of wine and a large white balloon with an led light in it and were told that everyone was about to begin the walk. Before we knew it, we were following a mariachi band and two large mascots, one large man and woman. A well dressed crowd, most with umbrellas, followed along. Once our wine ran out, we were offered tequila along with two small ceramic shot glasses with a cord attached to keep them around our necks. Still uncertain what we were taking part in but enjoying every minute of it, we kept with the crowd. 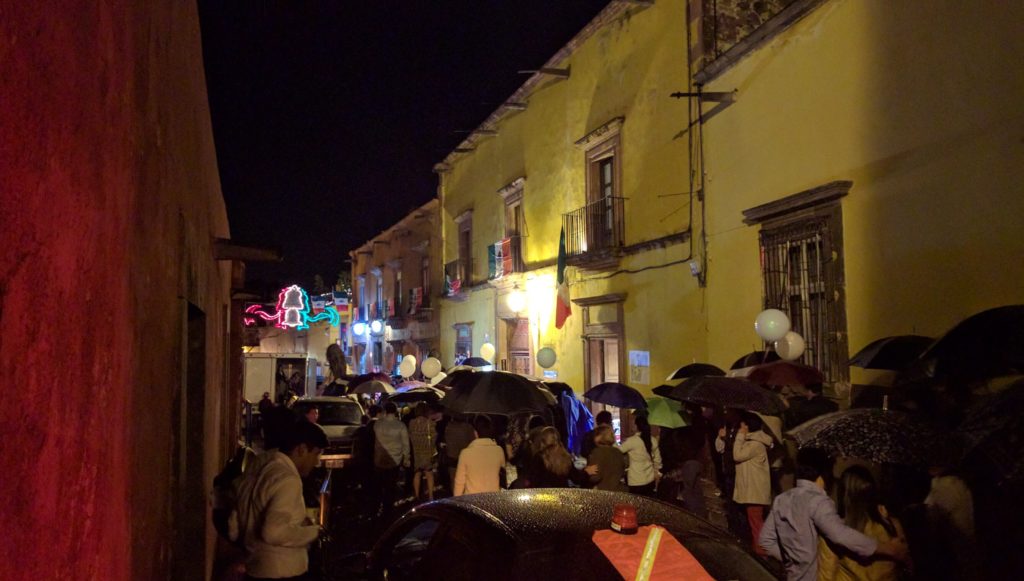 With a few tequilas in us and having huddled under our umbrella to stay dry, the skies cleared and mood noticeably increased. The walking crowd had made a large lap through the pueblo and all began filtering into a large building. It finally dawned on us that we had partaken in a wedding procession between the ceremony and reception. The two large mascots were depicting the bride and groom, and outside of the building the bride and groom were taking photos with close friends and family. We opted to stop our participation at this point as our obvious lack of proper attire and inability to name one person in the wedding party. Despite this we were excited that we were allowed to participate in the procession without even one strange look. 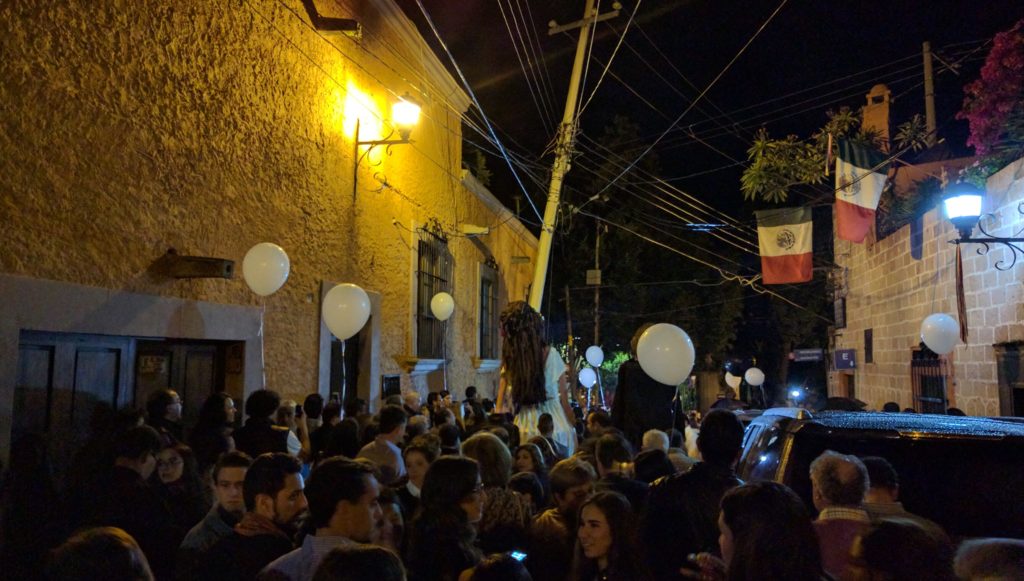 Walking back to the van, we couldn’t believe how our night turned out after thinking we may have missed out on some festival fun. We discussed how open and friendly the Mexicans are and when it comes to celebrations, all are welcome. 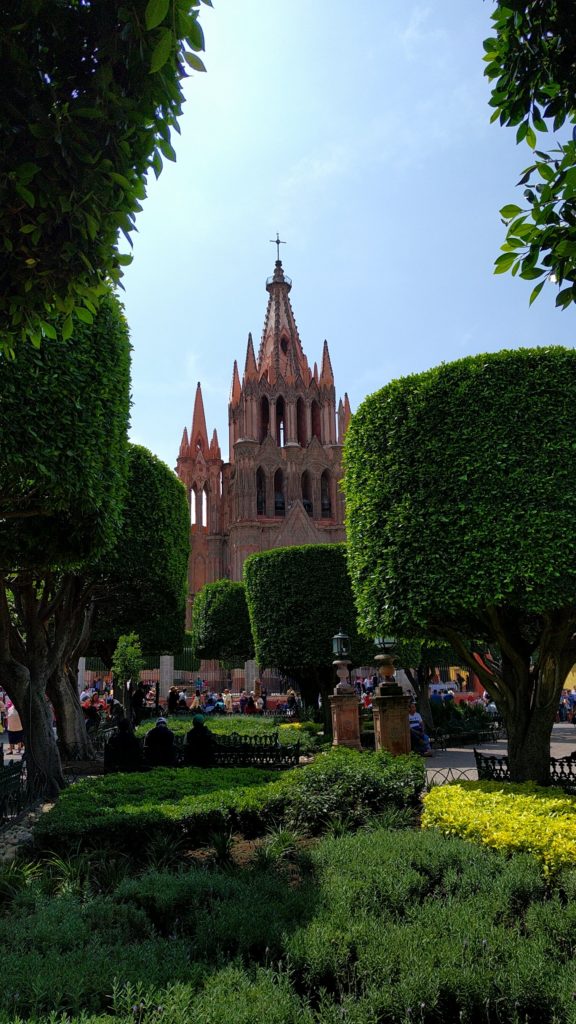 The next day, we explored the charming city on our bikes before heading off to a new spot! 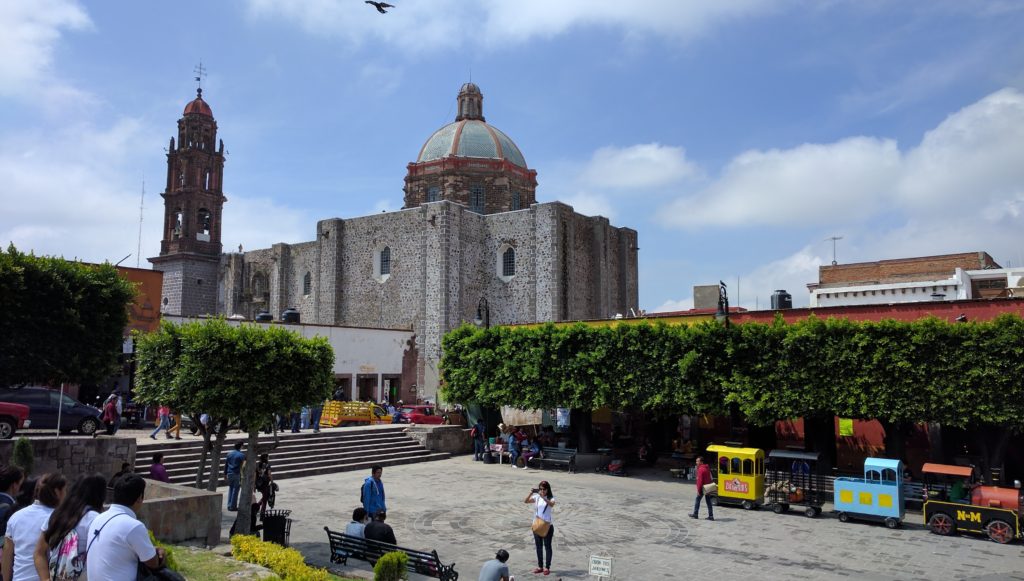