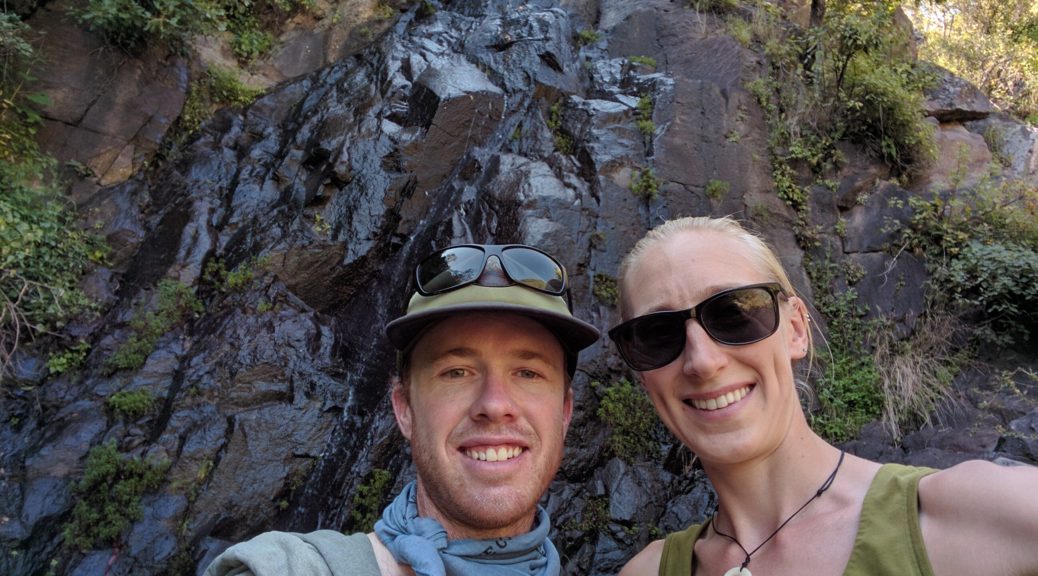 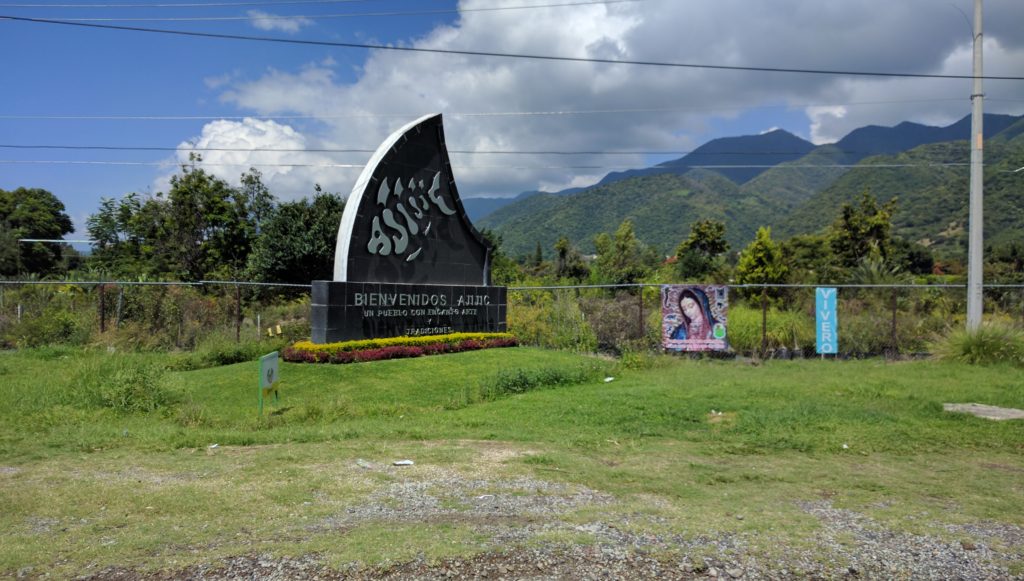 Well, after some recoup efforts and reorganizing of the van, we were ready to move on from Guadalajara. Mexico’s biggest lake lies a short 30 minutes south of the city, so we knew that would be a good place to venture, if only for one night. 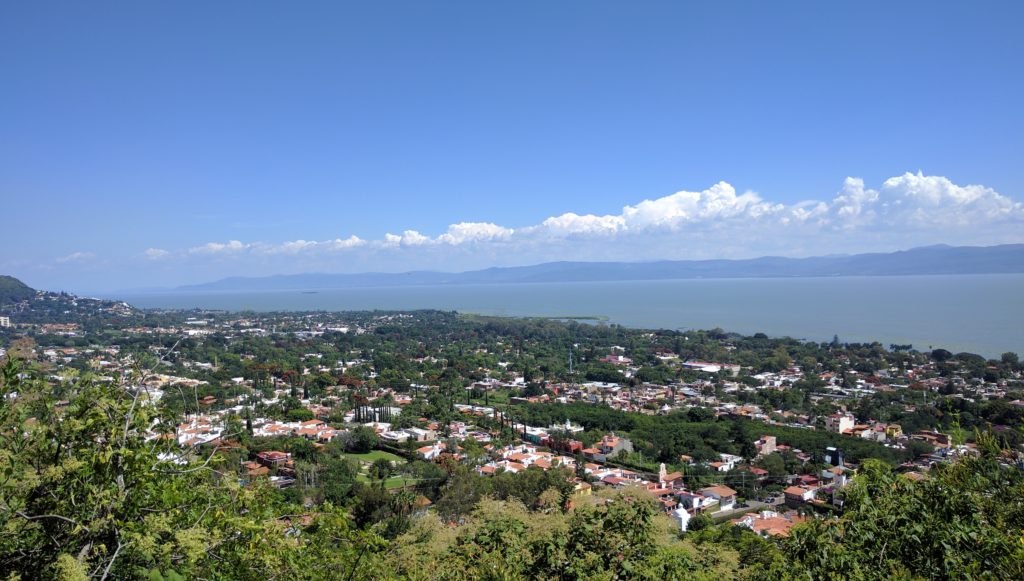 We had heard about the lakeside town of Ajijic, with its colloquial charm and abundance of ex-pats. Upon arrival both facts were true. It was actually the first time we’d seen so many other white folks speaking English, and in an ironic way it was a bit strange. Colorful storefronts, cobble streets and friendly locals were aplenty and the lake was absolutely massive.  Sarah had read about a hike above town to a small waterfall, and although it was nice exercise and provided a good view, there was a lot of garbage and minimal running water. Back to town we went, to discover a walkway along the lake that had a cool skate park and unique exercise equipment, all with an artistic touch. 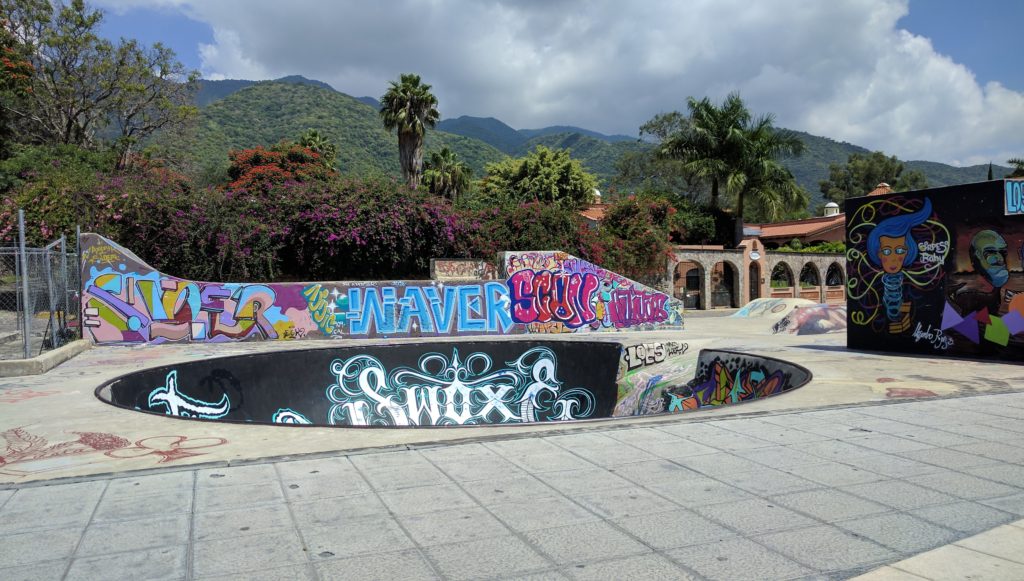 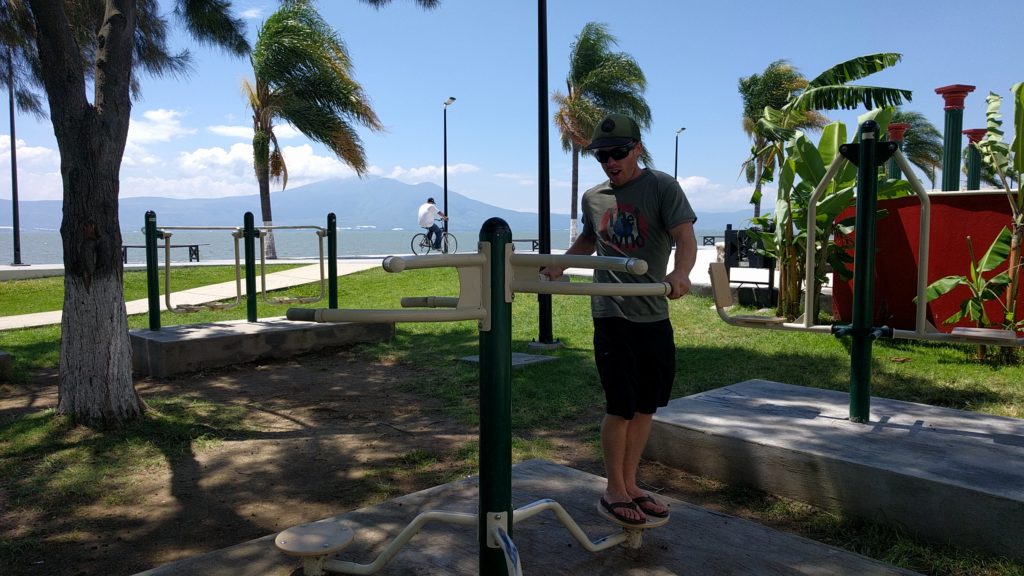 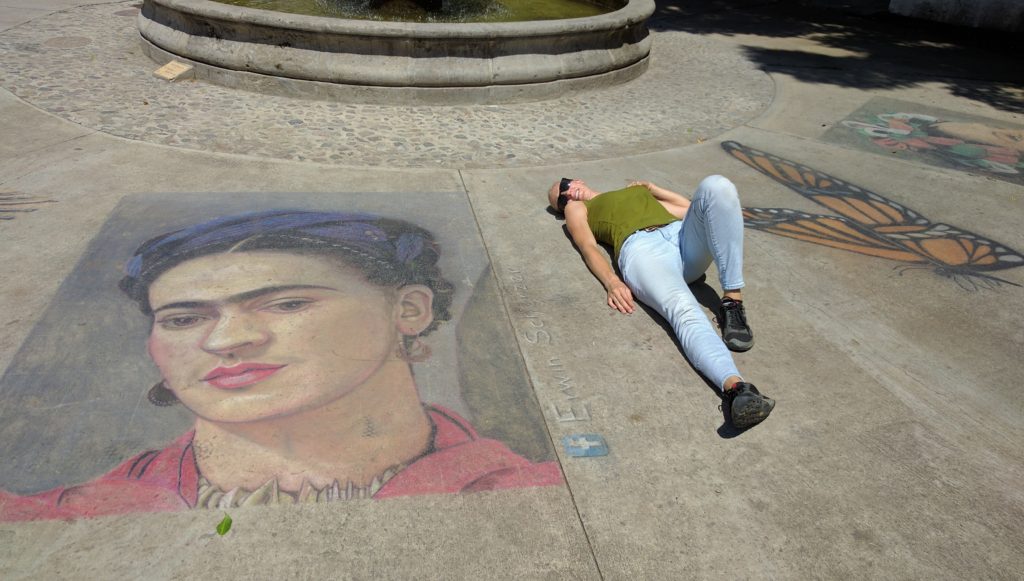 After our stroll, we planned to go park the van near a food truck that we had eaten at earlier in the evening,  but it was not to be.

As soon as Matt jumped into Koru to fire him up, the engine wouldn’t start due to something electrical.  Initially we freaked out a little bit due to our prior incident, but we vowed to stay positive and began the troubleshooting process. Matt initially suspected something wrong with the ignition switch due to the fact that he had replaced the starter recently and there was a strong charge on the dual battery system. It was almost dark and we knew we weren’t fixing it with headlamps in a place where camping was not allowed. So we called it a night and went into stealth camp mode and tried to draw as little attention to ourselves as possible. Still a little jittery from Guadalajara, we had one of the most nervous nights of sleep yet.

Up early the next morning we went to a cafe for breakfast with wifi and did some online research with hopes of gleaning some helpful info. After we exhausted that task, we went back to the van to get to work.

After disassembling the starting column and trying to circumnavigate the switch to start it (aka hotwiring), the engine would still not start. One would think the starter was bad at this point or the batteries were dead, but we knew that couldn’t be the case.

Right about this time a friendly gentleman saw we were having issues and quickly went to retrieve his mechanic friend. The next step was to look at the starter connections near the engine, and as Matt was removing the engine bay lid, the mechanic, who happened to be a local Christian pastor showed up on his humble scooter. We informed him of the issue and showed him what we’d done and he proceeded to attempt to bypass the switch as well with no success. He said “must be a faulty starter”.  We went back to the engine bay together and he took a 5 peso coin and touched the cables connecting the starter to the alternator and the cable coming from the battery.  A spark of electricity jolted near his hand while the starter rumbled which took us aback, and we quickly asked if he was ok. He looked at us and smiled and proceed back to the front seat mumbling that the starter was fine. I told him I had a replacement ignition switch and had thought about installing it, so he plugged that into the wiring harness, took the key from me and proceeded to start the van! It must have been a bad switch we thought. Just to check, we plugged the harness back into the original switch, and sure enough it fired up again! We looked at each other dumbfounded. The van was essentially back to normal, and diesel fumes never smelt so good.

In the end it may have been a loose connection amongst the starter wiring, but we’re not too sure. Everything appeared tight after the mechanic had left, so we couldn’t help but think some sort of divine intervention helped us in this situation. Regardless of religious or spiritual beliefs, something or someone has been looking out for us. Even early on long before the trip started we knew something was telling us to travel, and acquiring the van was also an event of ‘stars aligning’ if you will. Thankful and full of gratitude, we proceeded to leave the quaint little Puebla of Ajijic and the grand lake Chapala to see where this adventure will take us next. 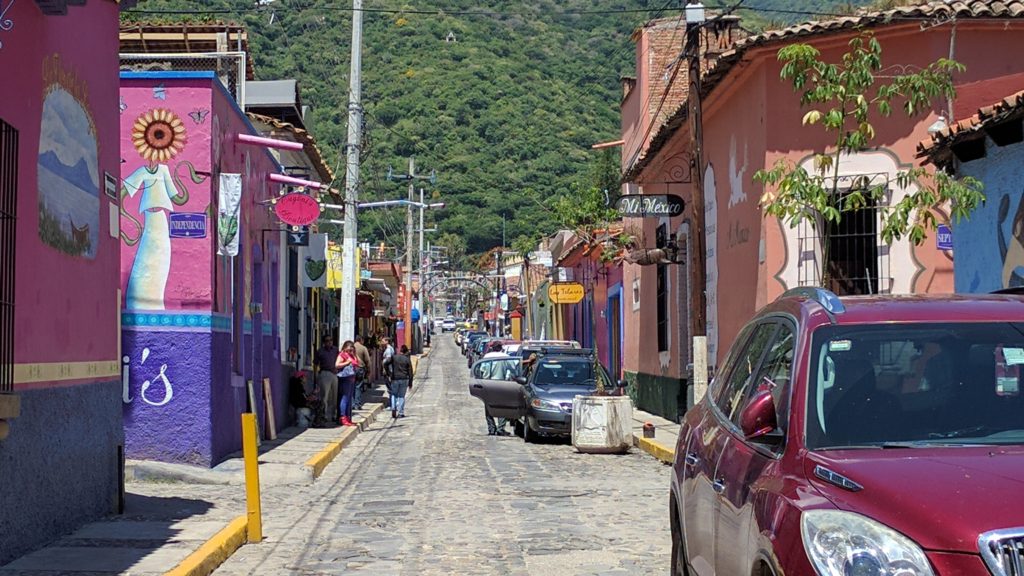