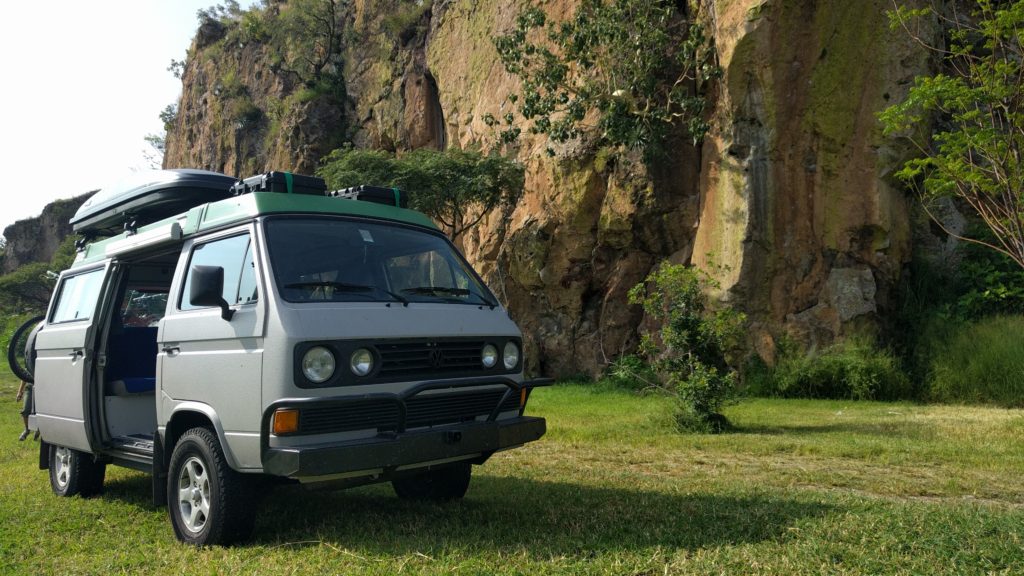 After a very exciting first 2 days in Guadalajara, Mexico, we decided to take it easy for a day.  We woke up late, and decided to go on an afternoon bike ride. We pedaled the bustling throughways and quiet neighborhood streets taking in the views, smells and sounds.  After a short 30 min, we stumbled upon “Tortas Rika” where we promptly dismounted to share a torta ahogada and an agua de horchata.  Matt was still in shock about how delicious this unique dish was, that can only be found in Guadalajara. 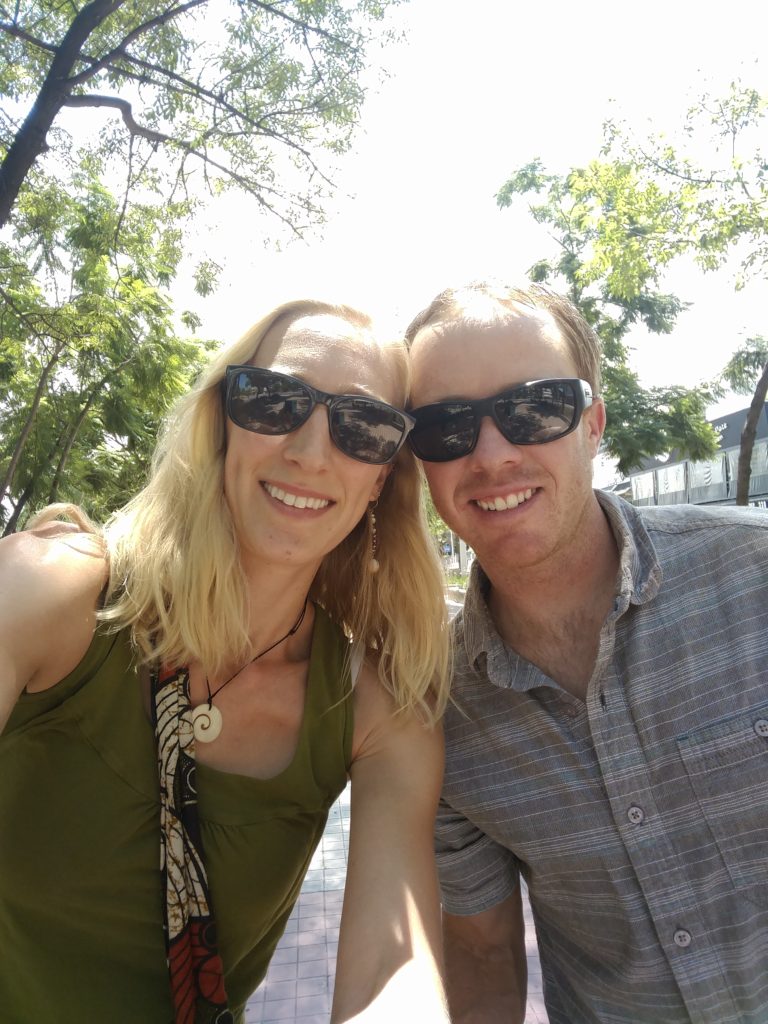 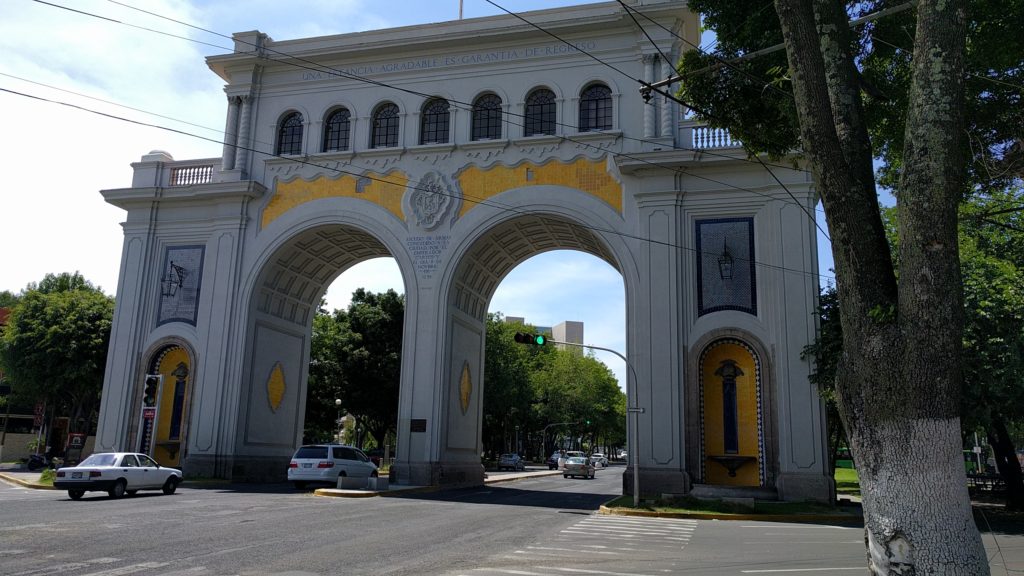 Continuing our ride through the city, we enjoyed the views of Niños Heroes, La Minerva, Los Arcos and Plaza del Sol.  The city of more than 7 million people didn’t seem that big when we looked at a map and saw how much ground we covered! 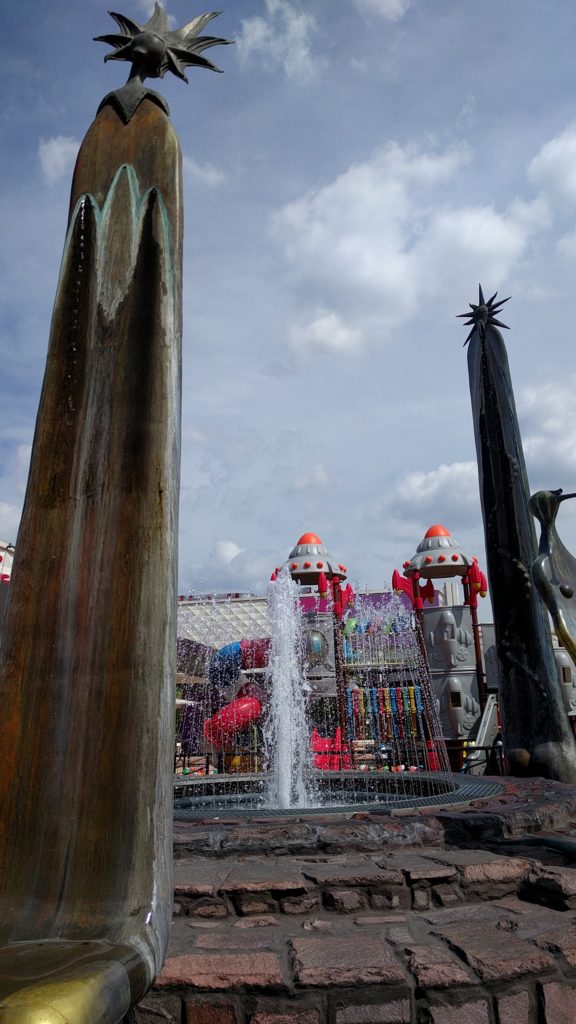 Stopping to hang out for a few minutes, we locked our bikes in Plaza del Sol and walked around to see the American style strip mall.  Sarah used to live within walking distance to the mall and wanted to revisit.  When we arrived she mentioned how much had changed.  10 years had worn on the outdoor walking mall and things were not as well kept as when she lived near by.  None-the-less it was an interesting place to visit; the first mall in Guadalajara that once resided on the outskirts of the city. 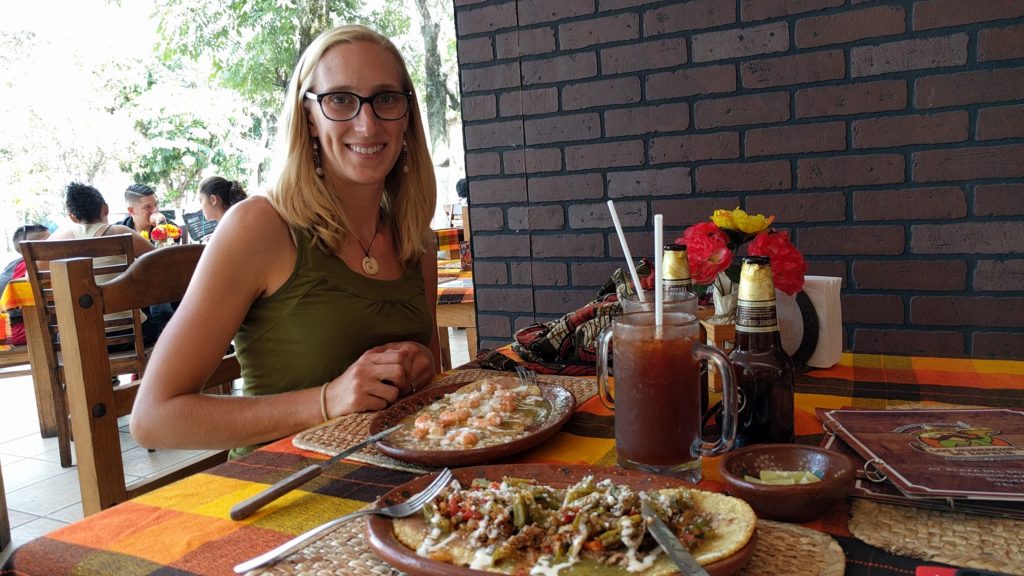 Here we stopped to have a michelada (beer with lime and chili sauce) and huarache (large flat corn tortilla smotthered in ingredients of your choice).  We just can’t get over how delicious all the food is!! 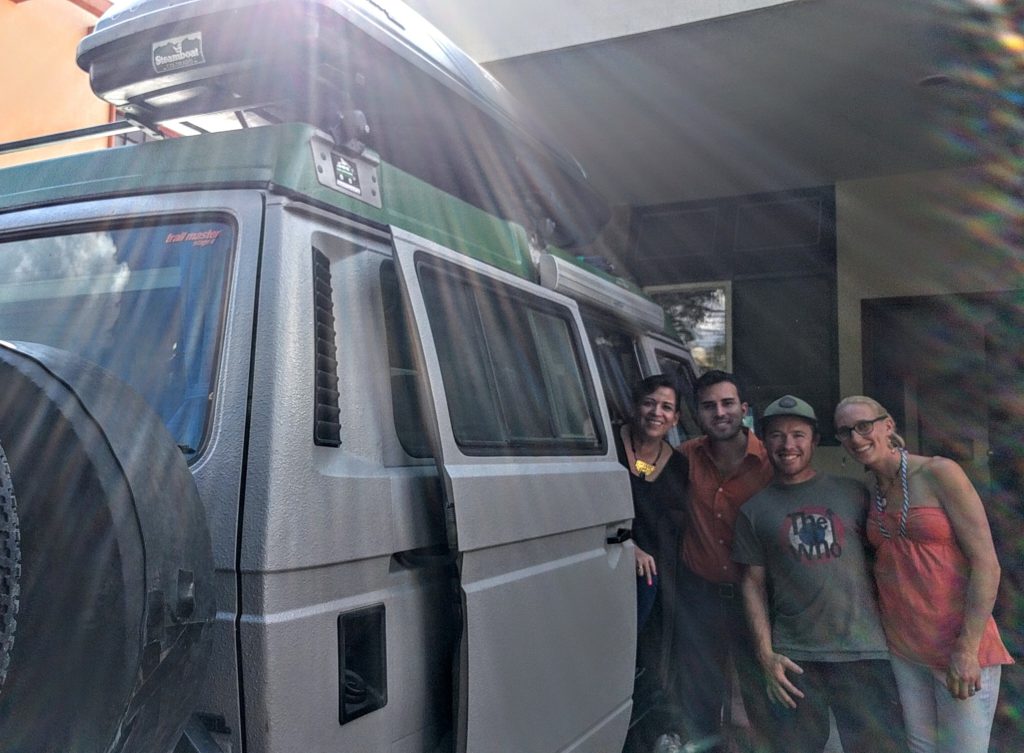 On the way back to the house, we grabbed a bottle of tequila and some squirt to share for a drink later on.  Our evening was spent enjoying stories, drinks and appetizers with our Mama Mexicana Cristy and her boyfriend Gerry, two of the kindest people we have met.

Saturday, we woke up early and ventured to find some rock climbing around the city of Guadalajara.  We drove to the northern outskirts of the city that appeared to be lacking the infrstructure and economy of the rest of the city but the topography was far more prominent. Stopping on the side of the highway, we opened a run-down looking gate and drove down a short dirt road to a beautiful climbing wall with incredible canyon views. 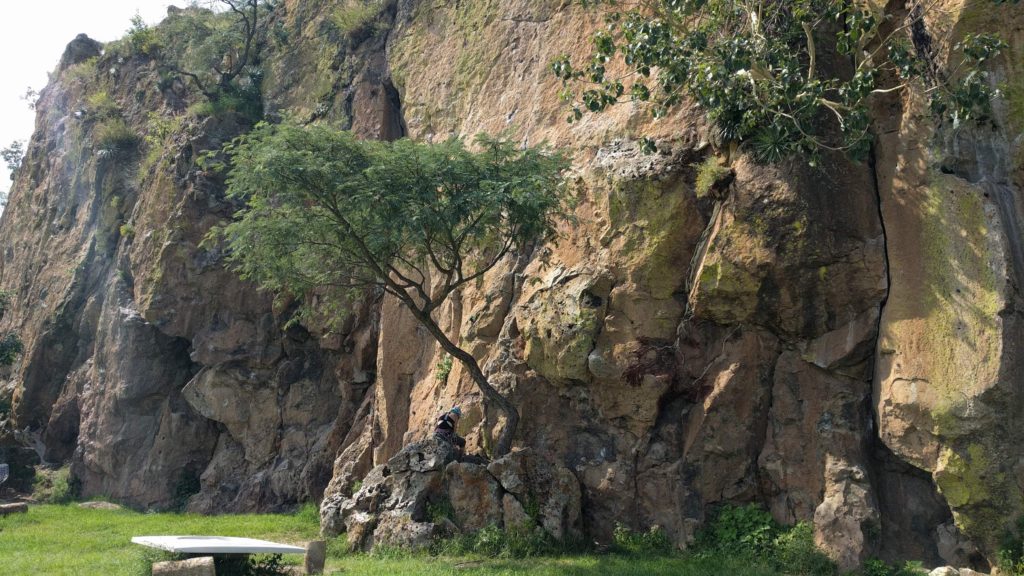 Here we enjoyed volcanic rock that was littered with pockets and other unique features to hold on to. 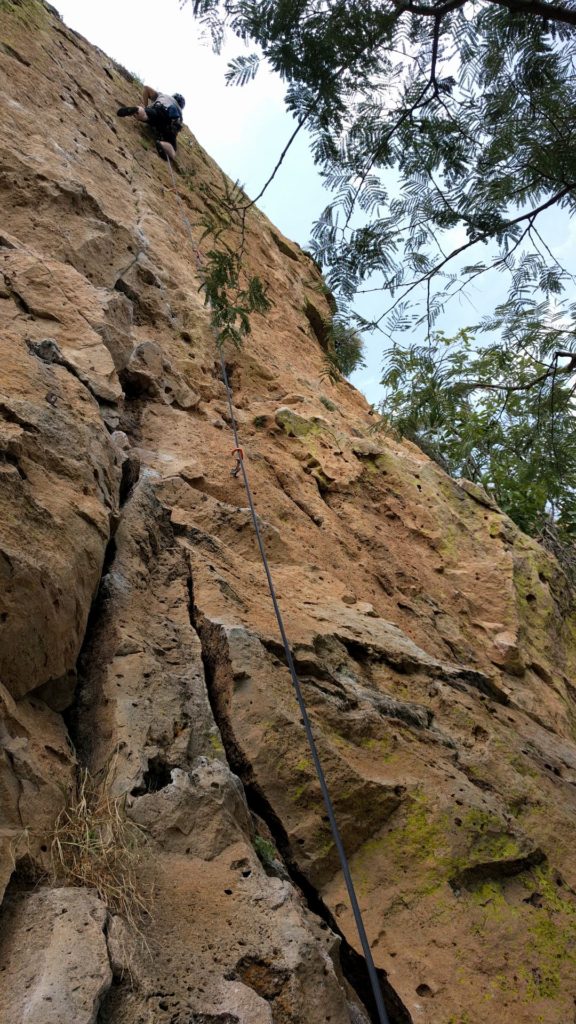 We later realized that the area is owned by a very friendly man who mows the grass and maintains a bathroom of sorts, and shows up with chairs and cervezas to provide for climbers for 25 pesos.  A few hours later, our hands and arms sore, we looked at each other and said, “lets go to Tequila.” 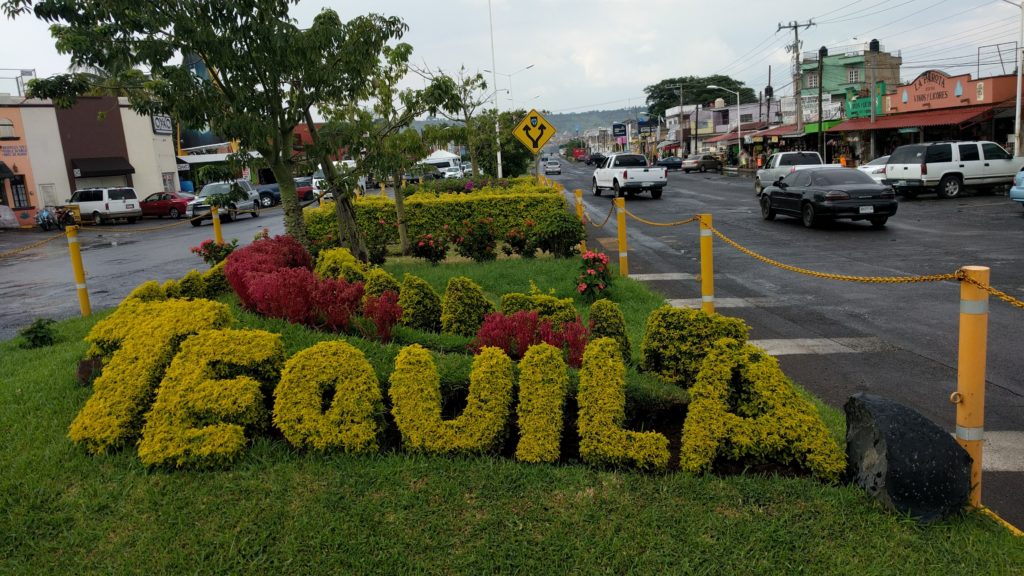 Tequila is a small mountain town where Jose Cuervo and Sauza began large tequileras back in the 1800s.  The road up to the village is known as the highway to Tequila and is very scenic.  Passing unending fields and mountain sides of blue agave plants, we were excited to learn more about how tequila is made. 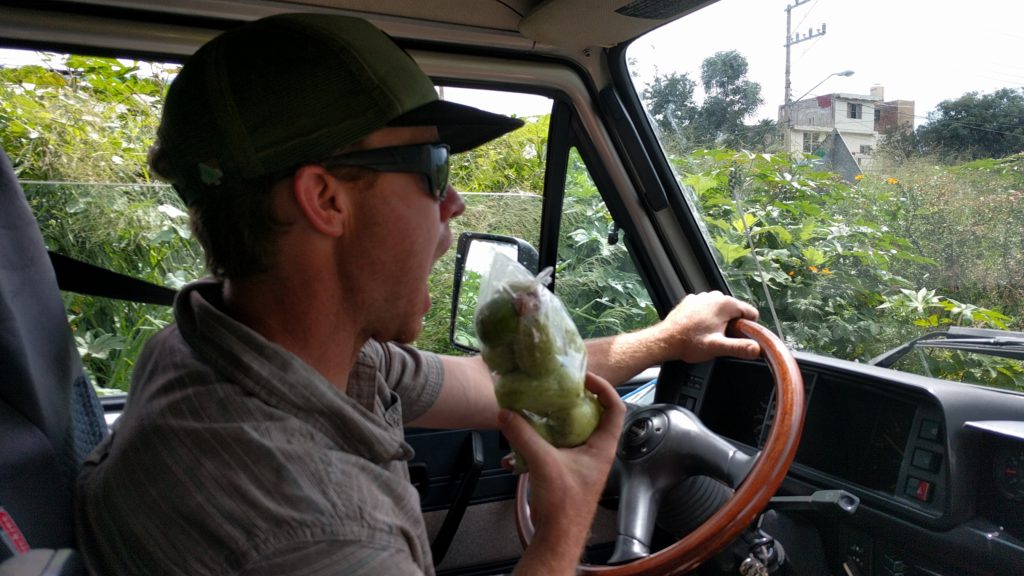 On our way, we reached out the window and for about $1 bought a bag of “tuna,” one of the most delicious fruits we have ever tasted.  It is a small cactus that is peeled and sold in bags or tupperwares and is only in season for part of the year, and not surprisingly, we have managed to eat some almost every day.  The town was bustling with weekend travelers and people continuing the Independence Day celebrations. 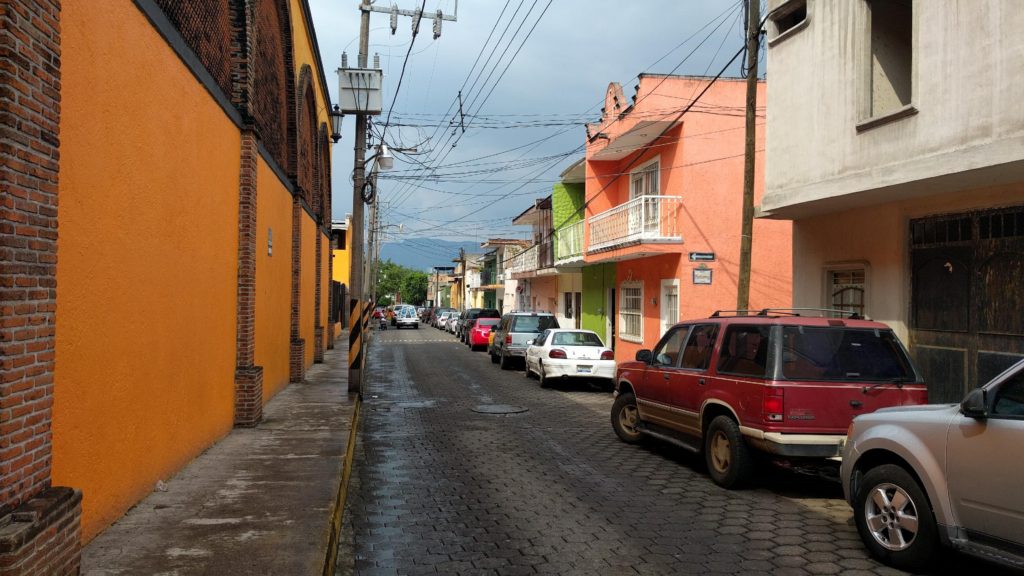 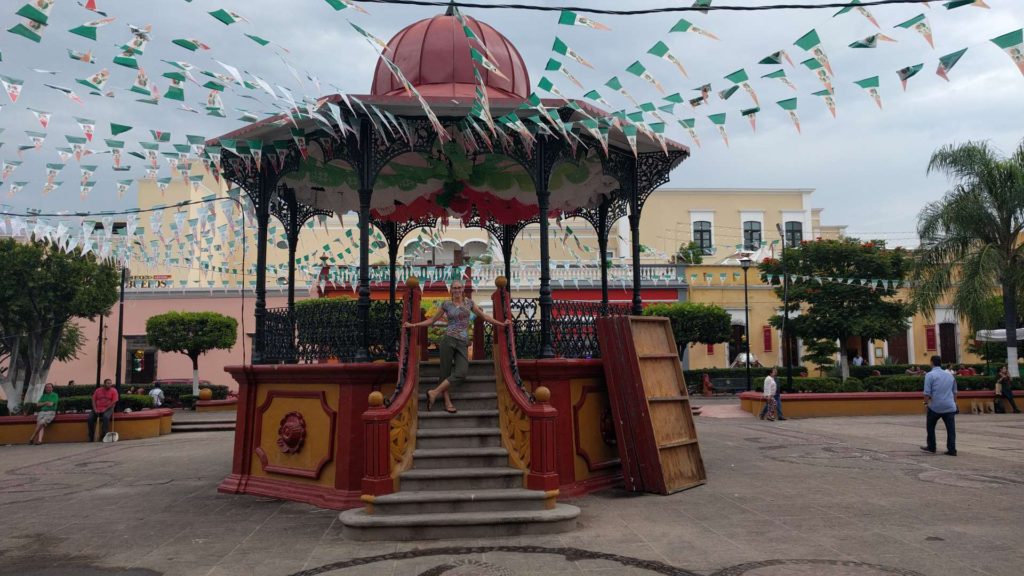 Quaint little cobble streets with colorful homes led all throughout the town with tequila vendors at every corner. We opted to take a tour of “Casa De Sauza” which is second only to Jose Cuervo in size and volume output. Although the tour was in fast spoken spanish, Sarah did a great job interpreting on the fly for Matt and we had a chance to sample a few very strong samples of the product before it is finshed and ready to sell. 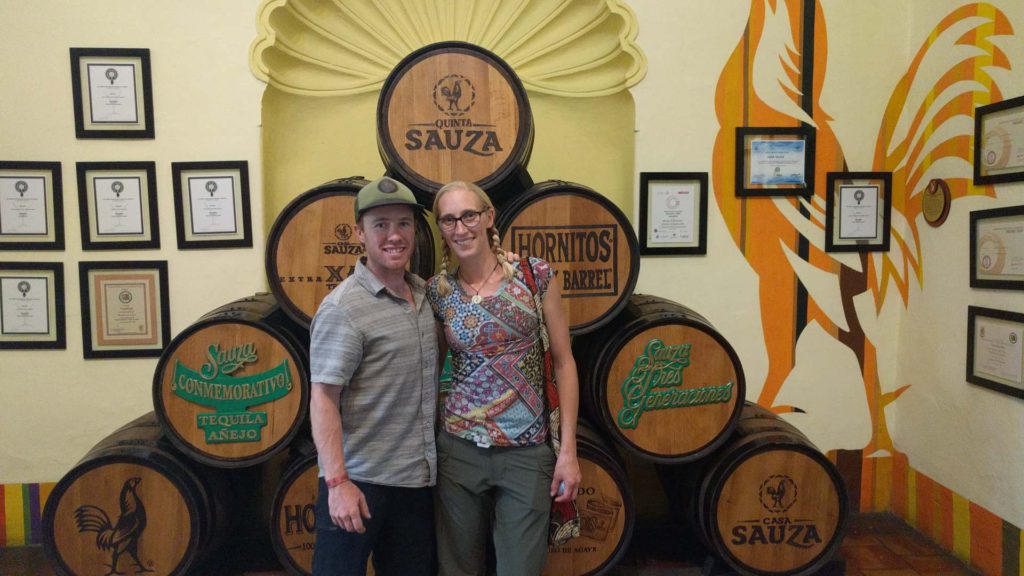 The tour ended with a delicious margarita while in the gift shop, and sure enough, we wanted to buy something.  Funny how that works.  We picked up a quick bottle of tequila blanco to gift to Cristy back in Guadalajara, a bottle of sweet agave, and we started to make our way back to the city before dark. 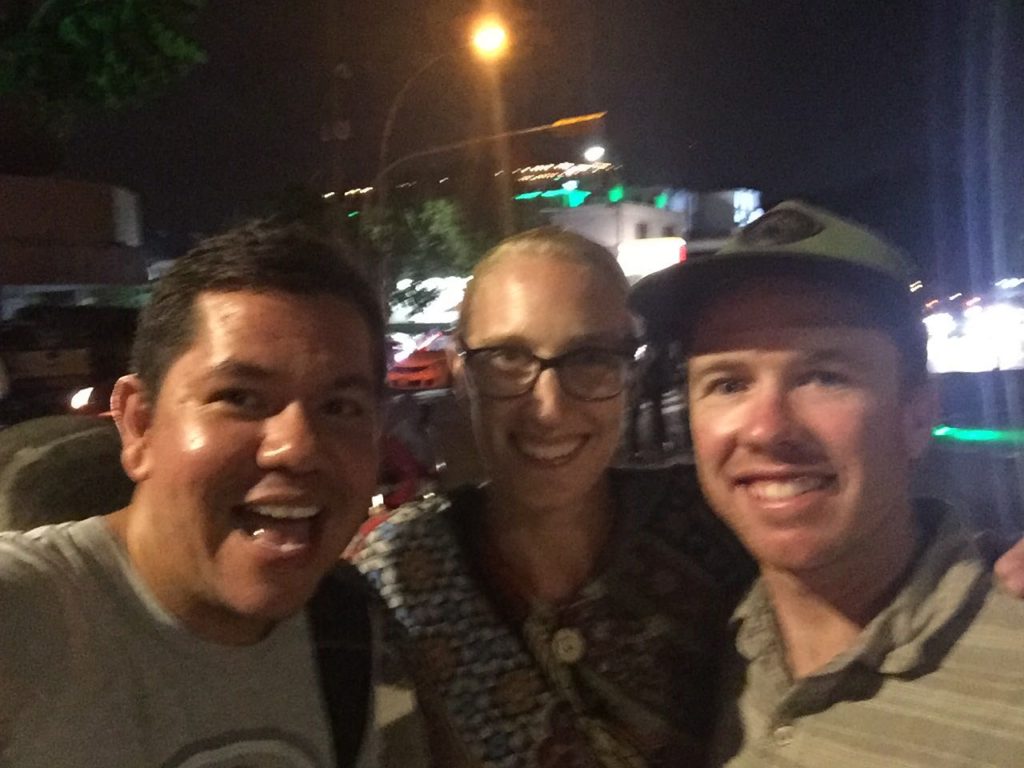 Upon arriving back into the city, Sarah got in touch with another friend she had taught English with 10 years prior.  We decided to meet up for a quick drink and wanted to see what the main street through town had to offer on a Saturday night.  Lets just say the offerings were not all savory.  Upon arriving back to Koru, we found that someone had broken in to steel what they could get there hands on in a hurry.  Things had been strewn about the van, and we quickly realized we had made major mistakes and did not lock everything in their proper safe locations we had setup in the van.  Our computer was taken, along with our camping stove, GoPro camera, and portable air compressor. They also took off with out toiletries bag, likely because it was heavy and may have appeared to have valuables in it.  Turns out it had Sarah’s expensive mouth guard she wears at night, and other items aquired over the years which are proving frustrating to replace.  It was obvious they were in a hurry and managed to only take what one or maybe two people could carry.  Fortunately, no damage to the van occured and they left many items that would have been impossible to replace.  This taught us a very important lesson, and as we move forward on our trip, we will be smarter and more thoughtful about our every move.

In the end, we are both safe and the van is safe, no important documents were taken and we can continue our trip despite our sense of violation.  The tardiness of these last two posts are attributed to this incident, and we hope to have a new computer in the coming weeks. We will try our best to keep the blog updated via our phones and internet cafes, but Mexican keyboards are just different enough to slow us down a bit. 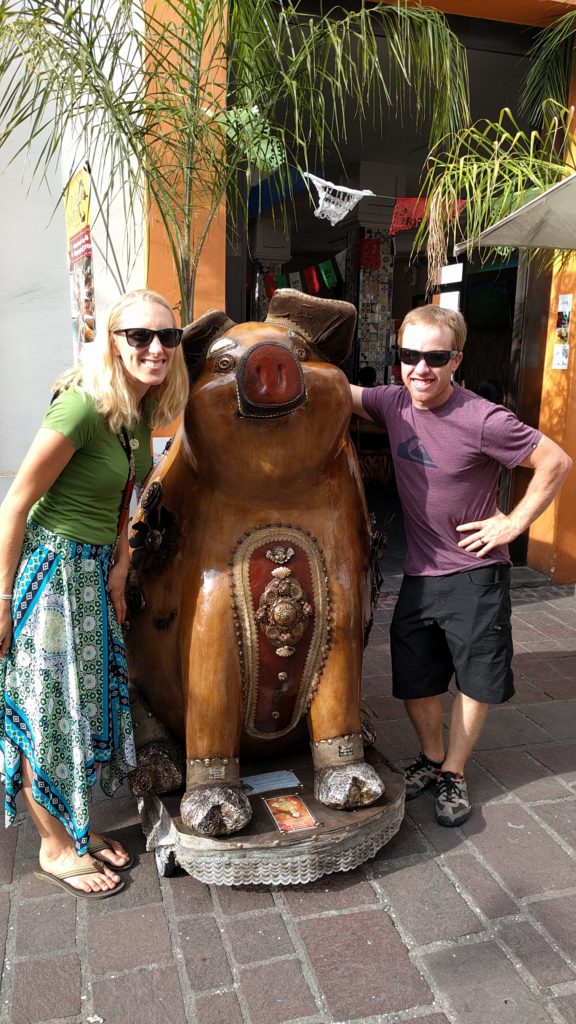 We stayed an additional few nights in Guadalajara with our familia mexicana to recoup and get our bearings straight after the robbery.  Cristy was kind enough to show us another vibrant part of the city, Tlaquepaque. 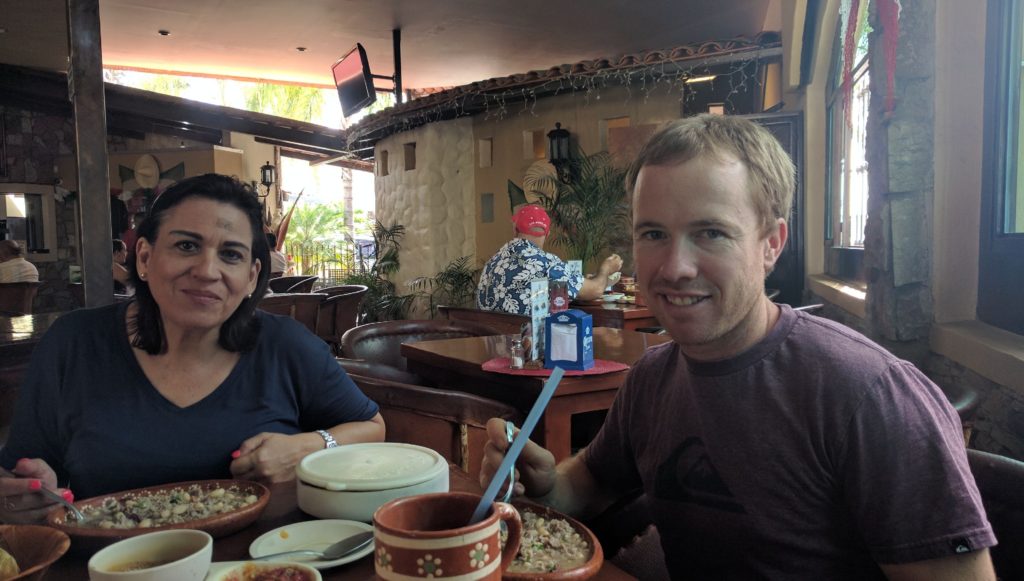 Here we enjoyed carne en su jugo, strolling through the cute artsy downtown area, and mariachi in the square.  It was a great day to lift our spirits back up. 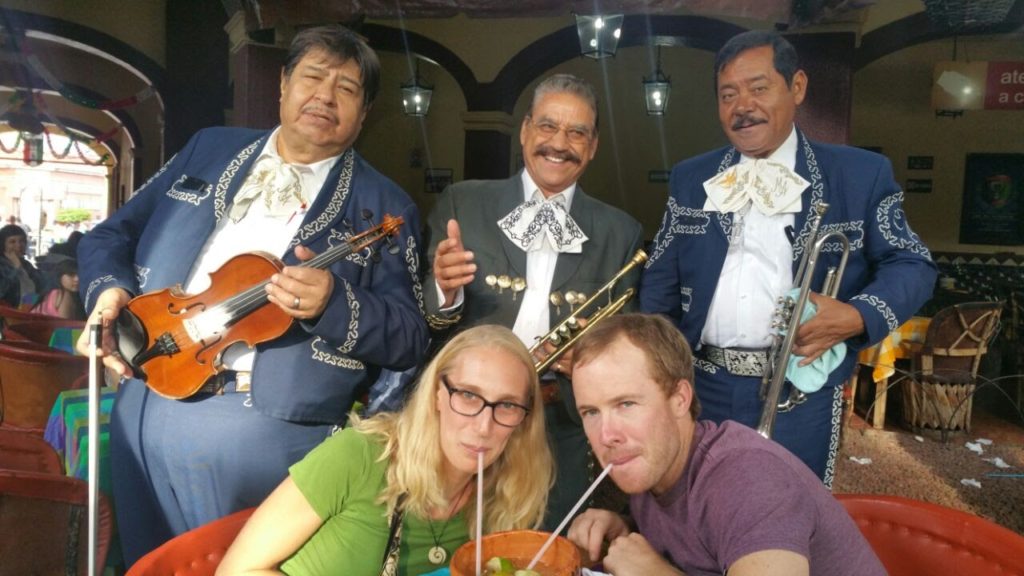 Now that we must say goodbye to Guadalajara, we will look back with mixed emotions, but mostly sadness due to the lack of tortas ahogadas as we go forward!

6 thoughts on “Guadalajara Part 2: The city of Tequila and our first taste of “Bad Mexico””