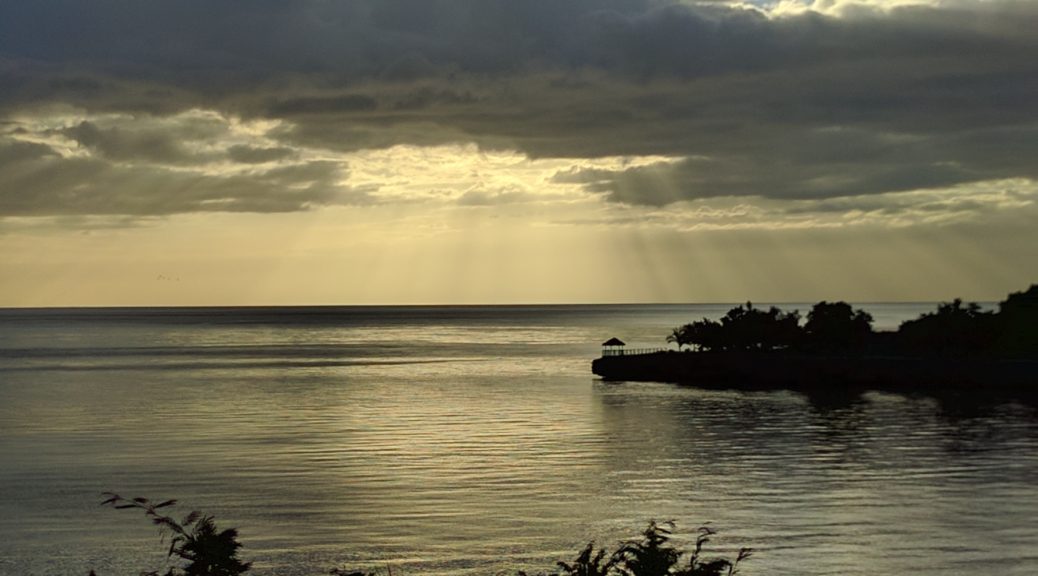 “We are and should be Socialists” 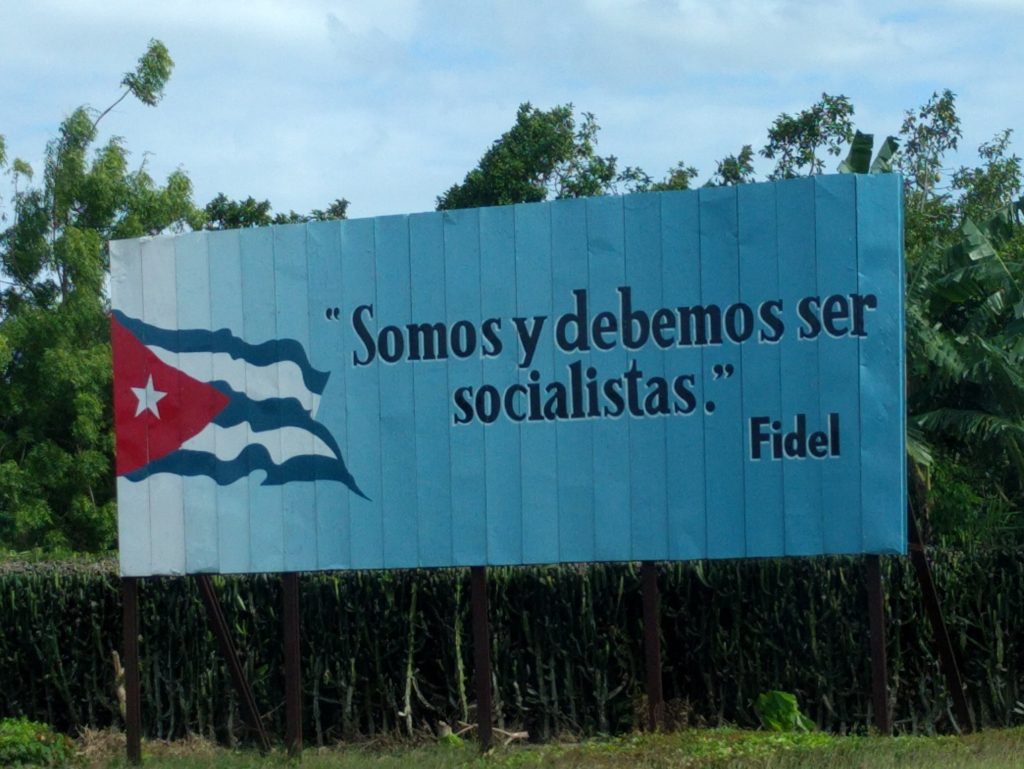 Departing Havana, we made our way to the town of Matanzas.  We’d read about a rumba festival during the time we were visiting, so we gladly planned a stop there.  Upon arrival we quickly learned that we were falsely informed by the lonely planet guide book.  Matanzas is definitely known for its rumba festivals, but they occur regularly and almost every weekend, but we were there on a Monday so we were going to miss out.  Despite this, we made the best of the situation and set out to explore a little bit of the town before heading further south. Sarah and Cole had heard about a cave after talking to some locals, so without hesitation we went to explore it. 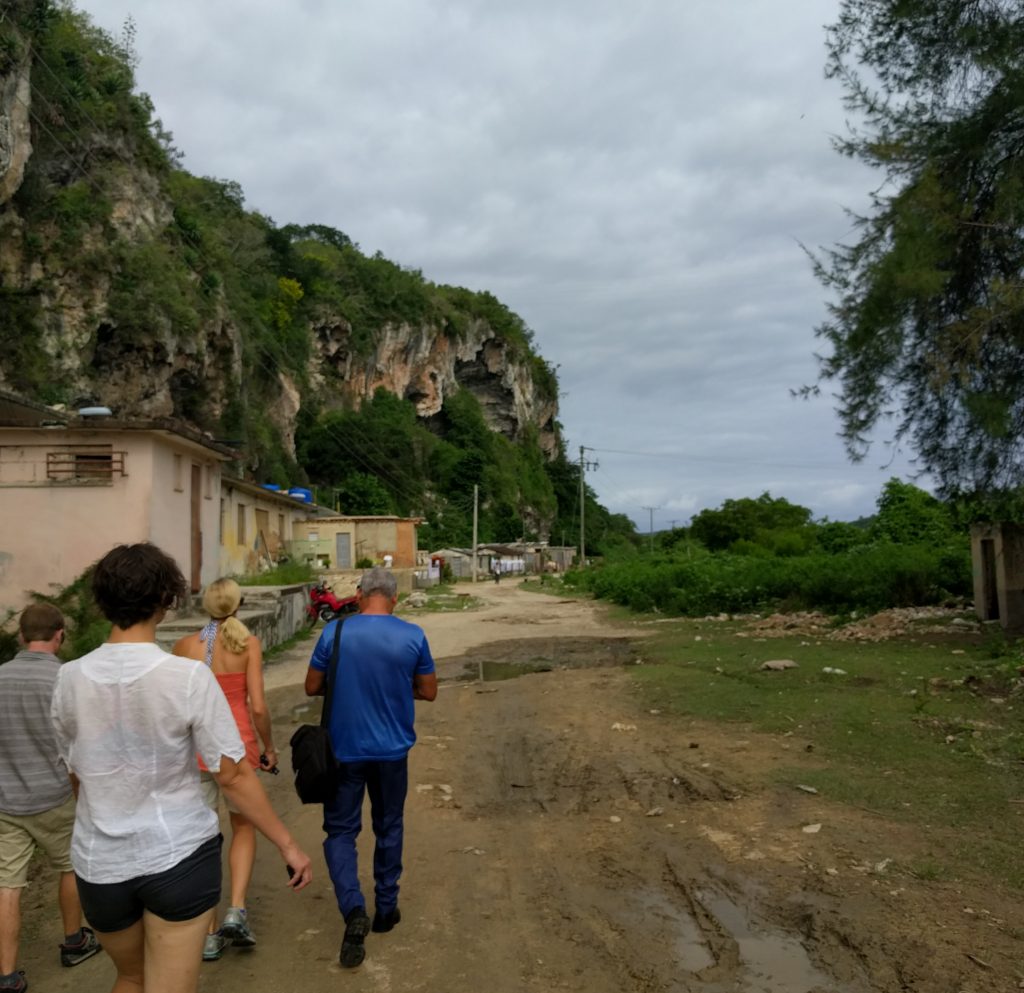 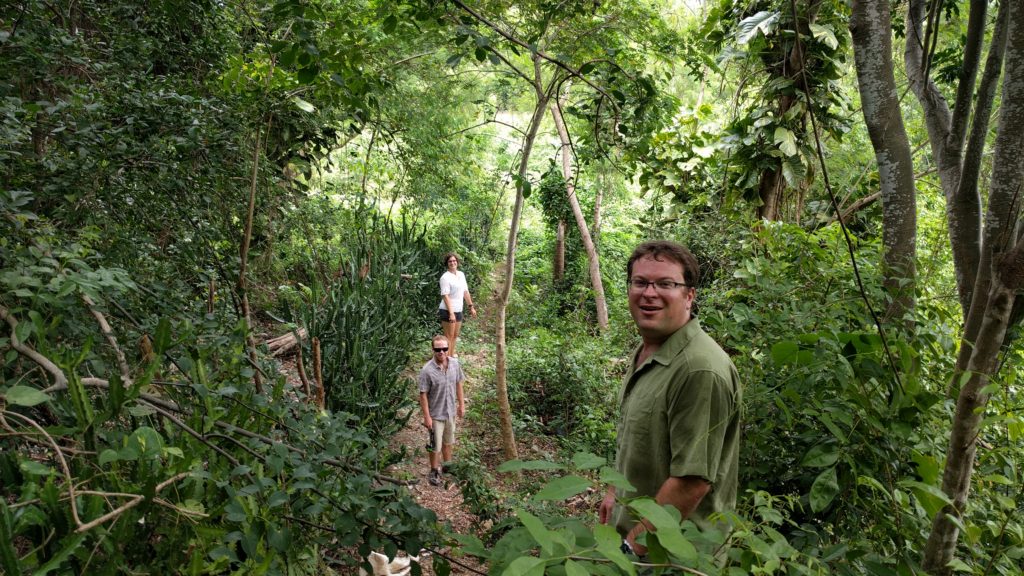 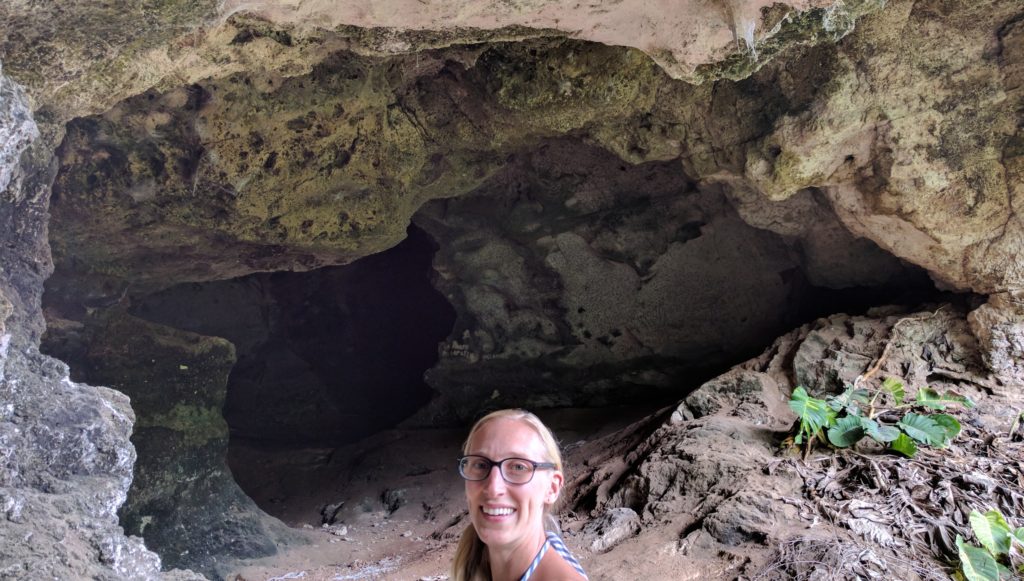 What we eventually found was nothing short of jaw dropping, very interesting and maybe a touch unsettling.  After walking through the primary opening and maxing out the natural area of the cave, Sarah led us over to a small opening that had once been blocked off with cinder blocks.  We proceeded to descend a large set of stairs taking us much deeper into the earth. The hallways and tunnels we walked through at this point were man made and seemed to have a historical significance. 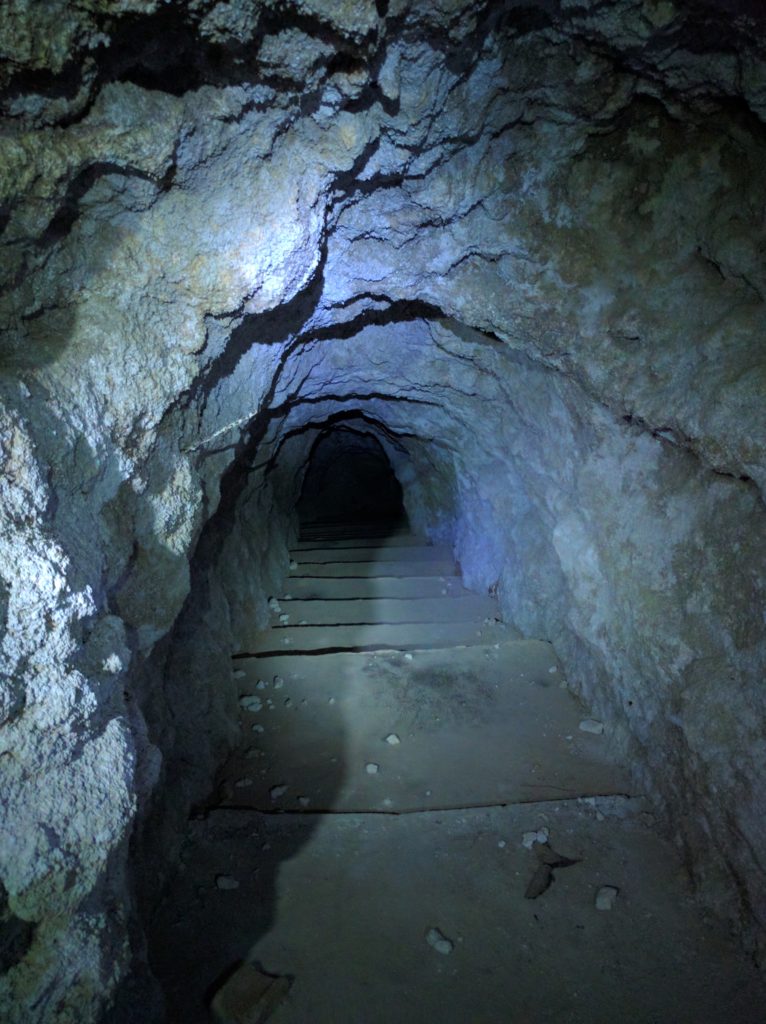 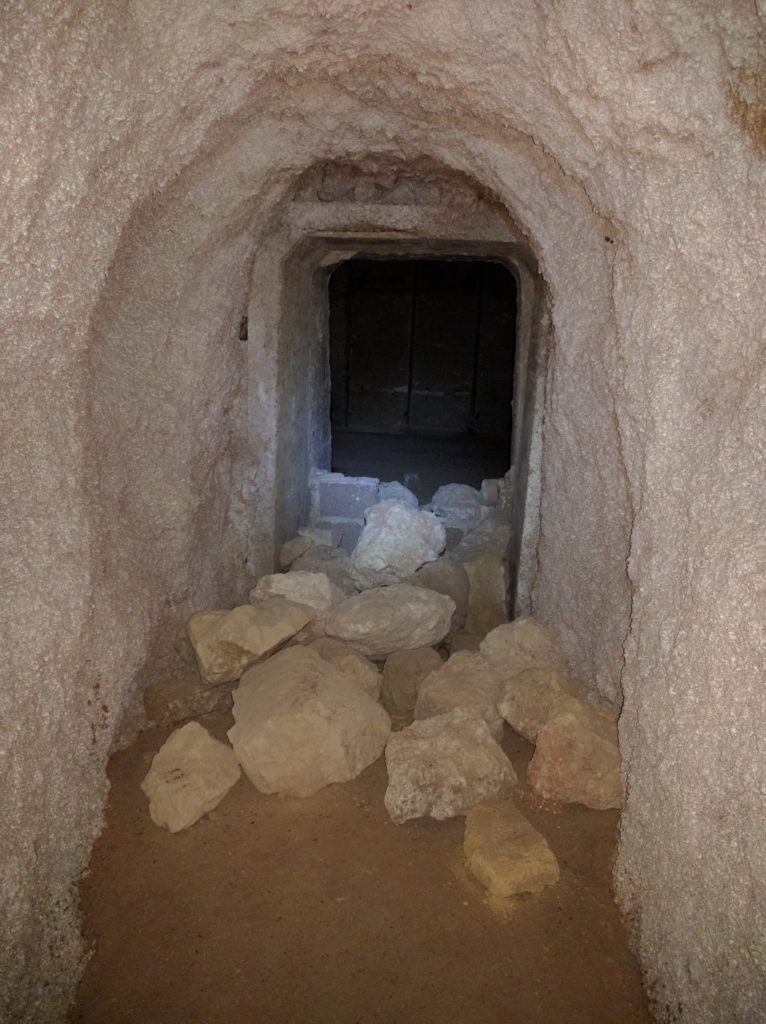 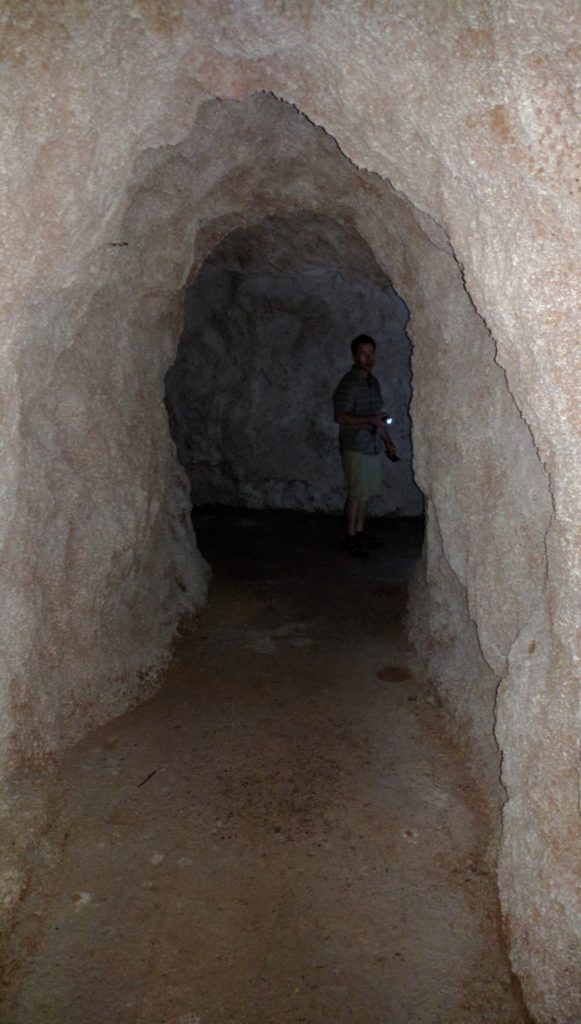 After walking through another doorway once blocked by cinder blocks, we entered large tunnels able to fit very large vehicles, maybe even military tanks.  We proceeded to find 3 separate hidden doorways that lead out to the road.  The road flanks a large river that eventually goes out to sea just east of Havana, and after leaving the cave we could not see the doorways anywhere.  The tunnels were very extensive, and after walking through 2 forks we decided to not explore any further and turned back towards the familiar entrance. 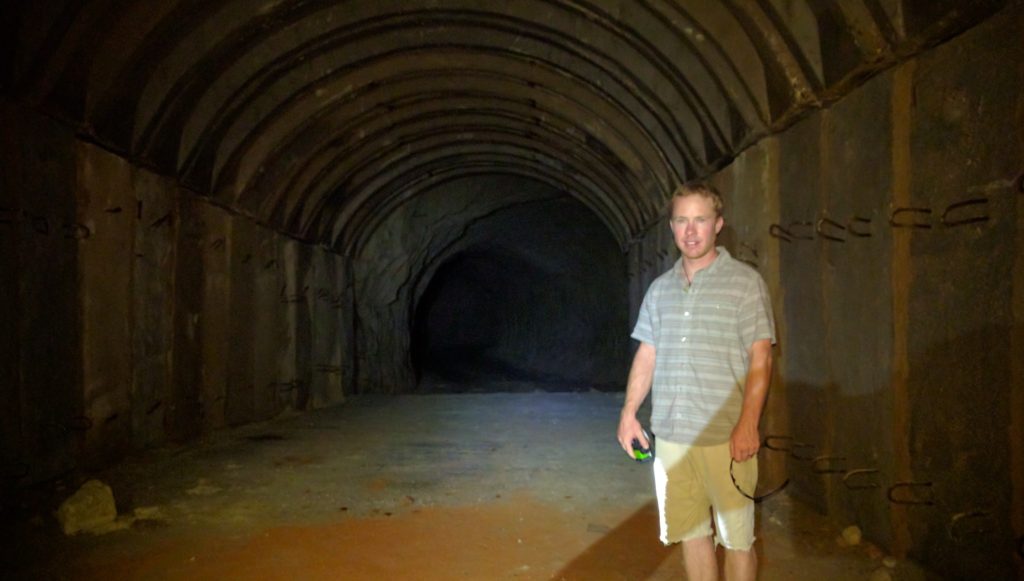 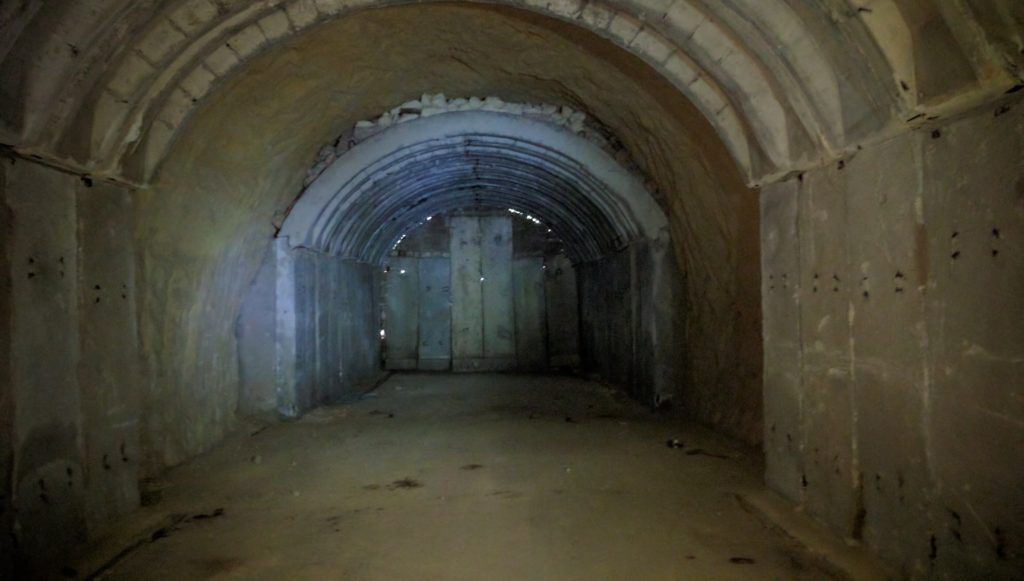 We speculated this was a hideout for large military machinery.  Whether it was for Batista’s army pre-revolution or Fidel’s in recent history, we will never know.  It appeared that we had stumbled upon something that most travelers don’t, and any chance of hearing about what its true purpose was/is from the locals was very low. 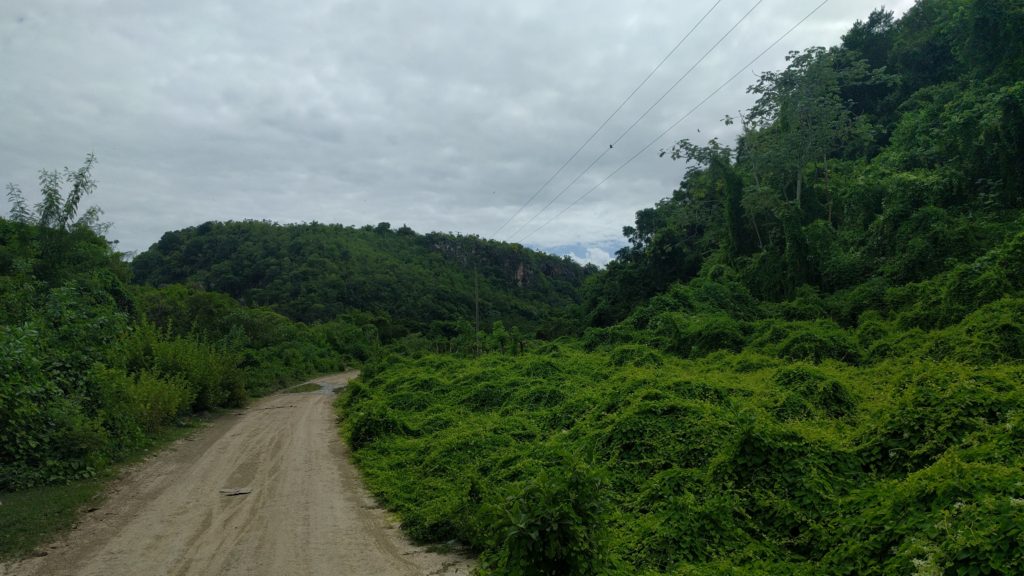 We headed back to the car and decided to see the sites of the city.  On our walk, we observed a very cool stonework mural of Che Guevera, who we would see painted all over Cuba. 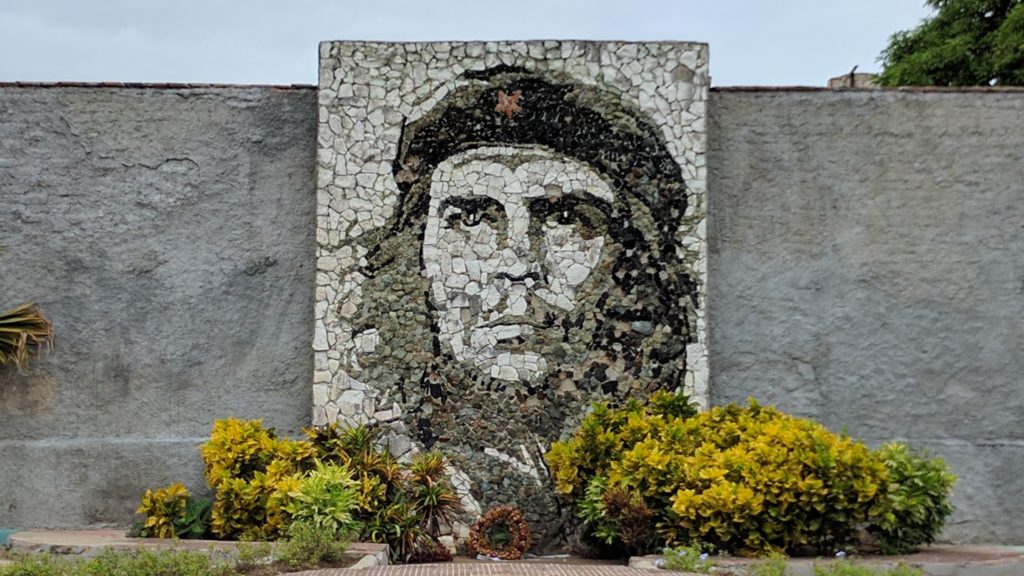 Back on the road, we made our way south to the city trapped in time, Trinidad.  It sits at the center of the southern coast and is a famous tourist location due to its old architecture and rich history.  We planned to stay for two nights, and the casa we stayed at turned out to be amazing and run by a beautiful family. 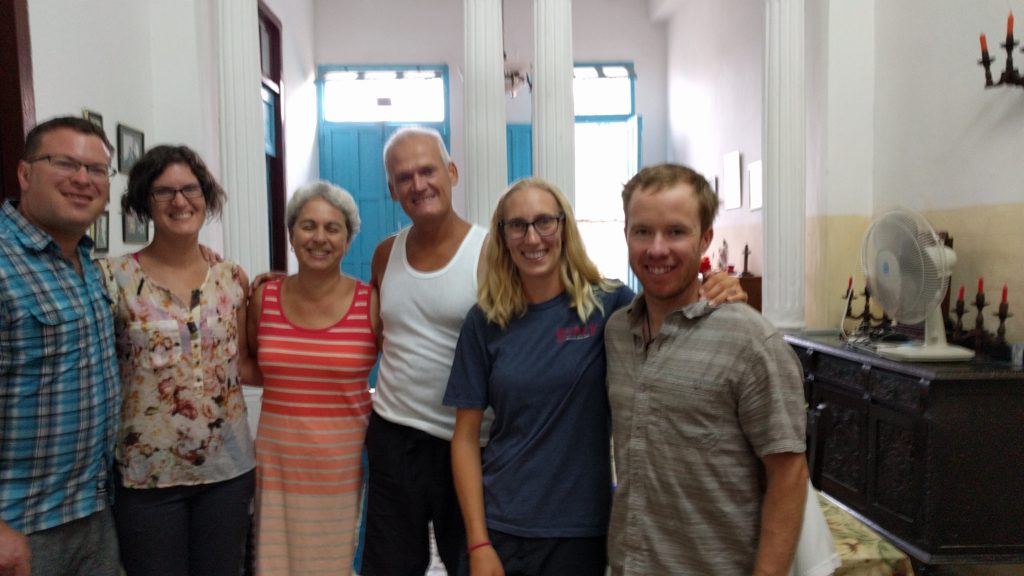 We had a wonderful experience here, with a hike to the local radio tower for a view, a drive to the beach for a swim and views of beautiful architecture in the town. 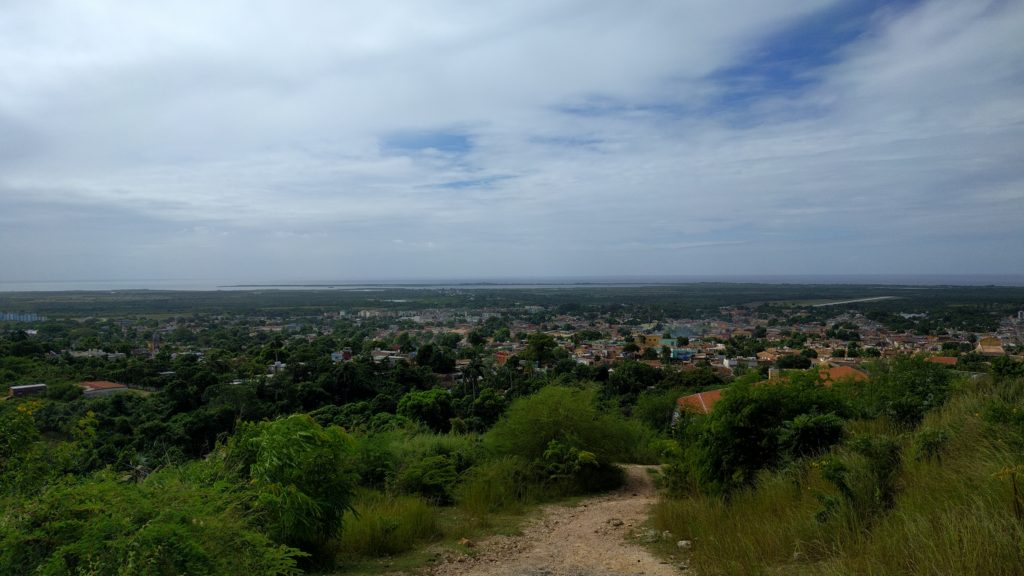 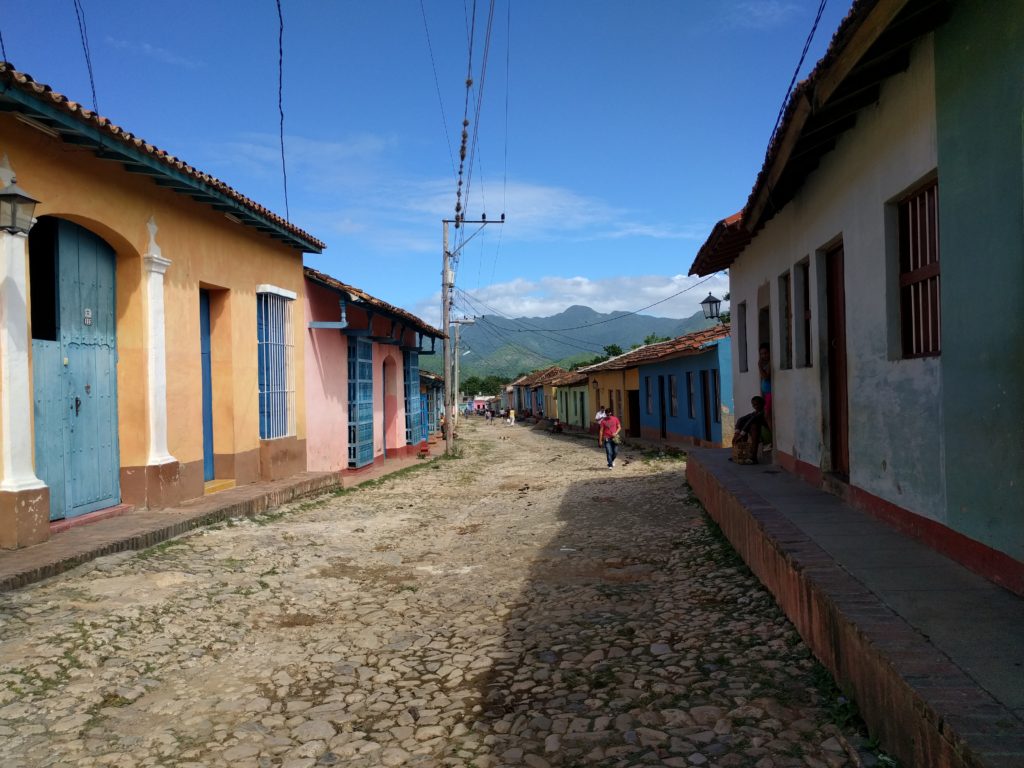 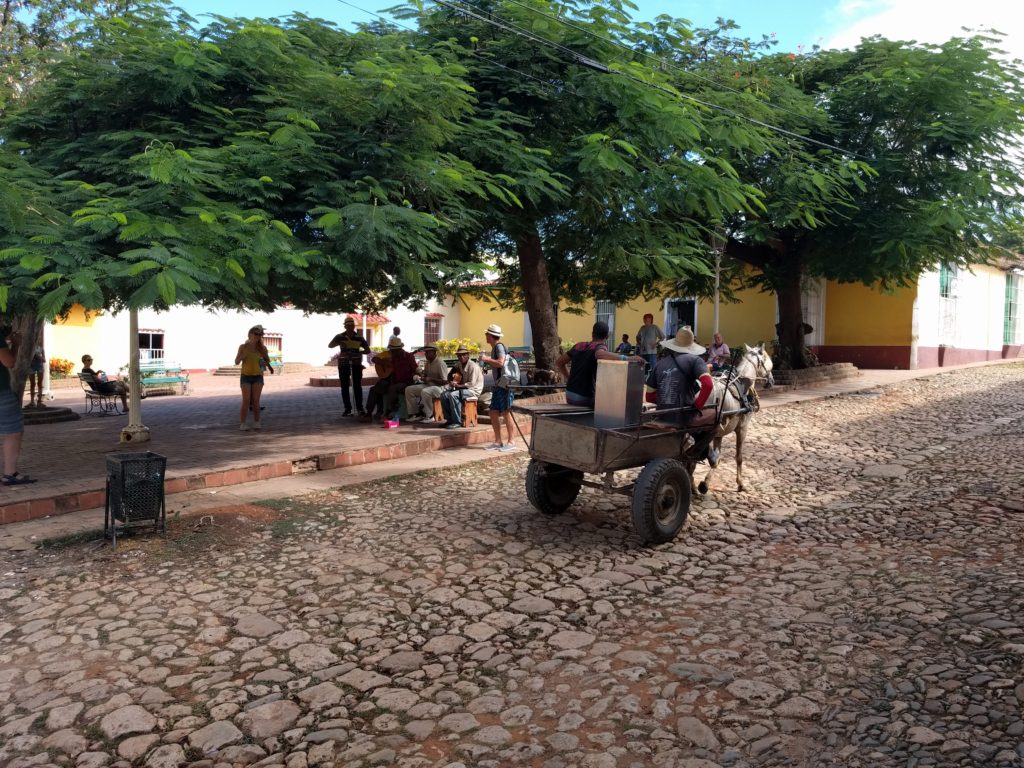 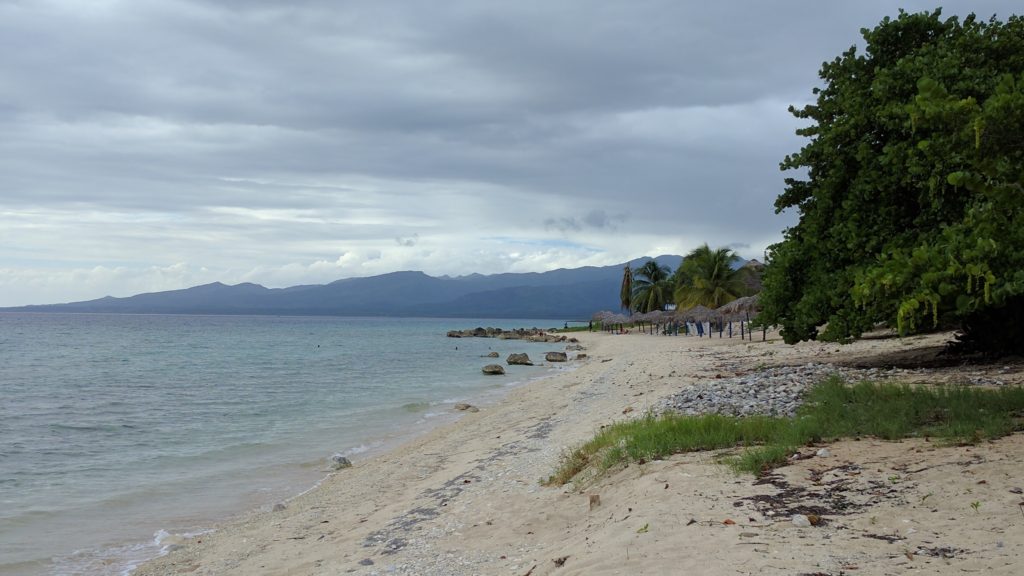 Every night, the main plaza has cheap drinks and dancing where all of the tourists line the streets and mingle with one another.  Restaurants were everywhere with workers trying to bait you in with their menus. We quickly got used to swatting off the overpriced restaurant hustlers and managed to enjoy some delicious mojitos and another traditional rum drink, cancháncharas. 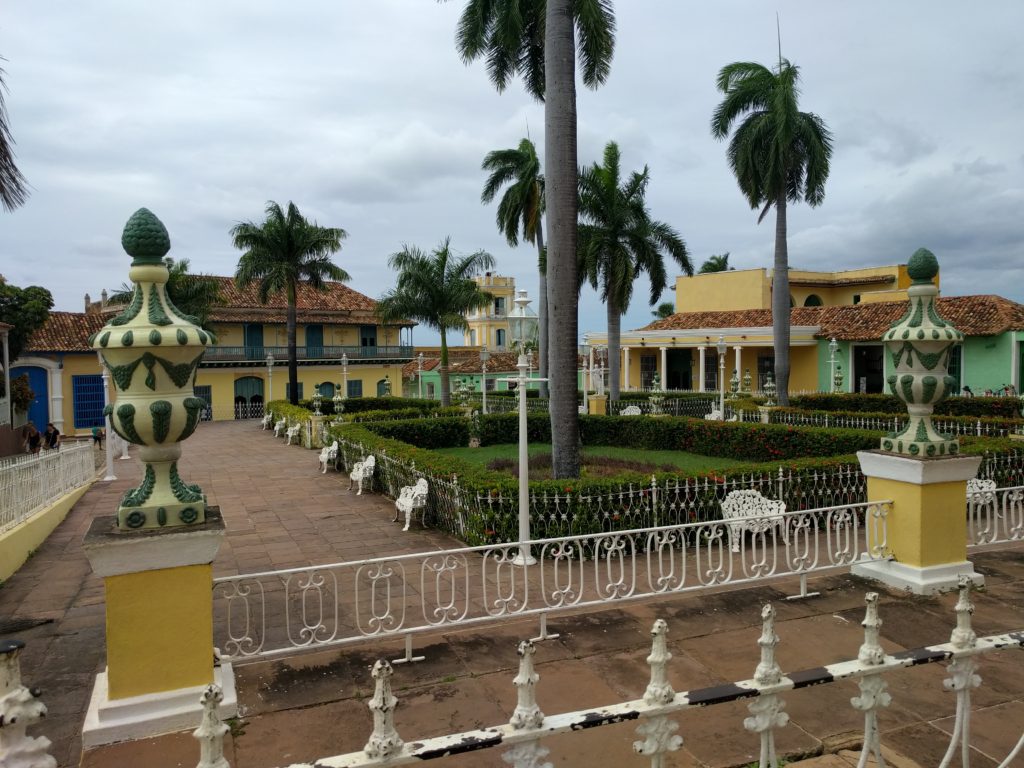 Cole even got a haircut and shave! 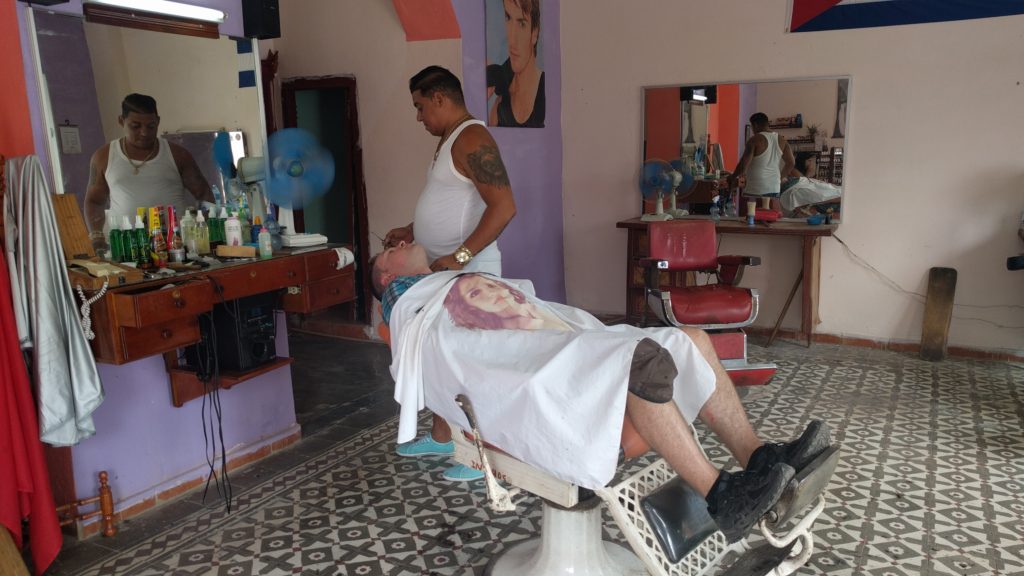 We left Trinidad after 2 days of fun to explore the neighboring mountains of which we had the pleasure of viewing from the town and radio tower. Stay tuned for part 3…. 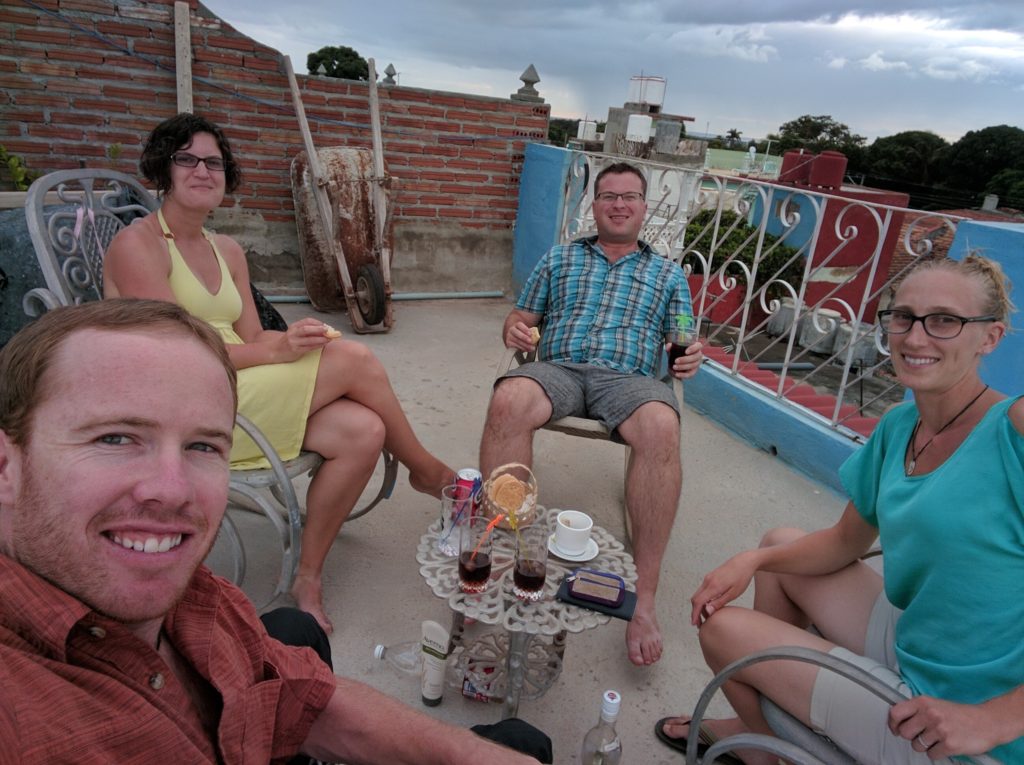