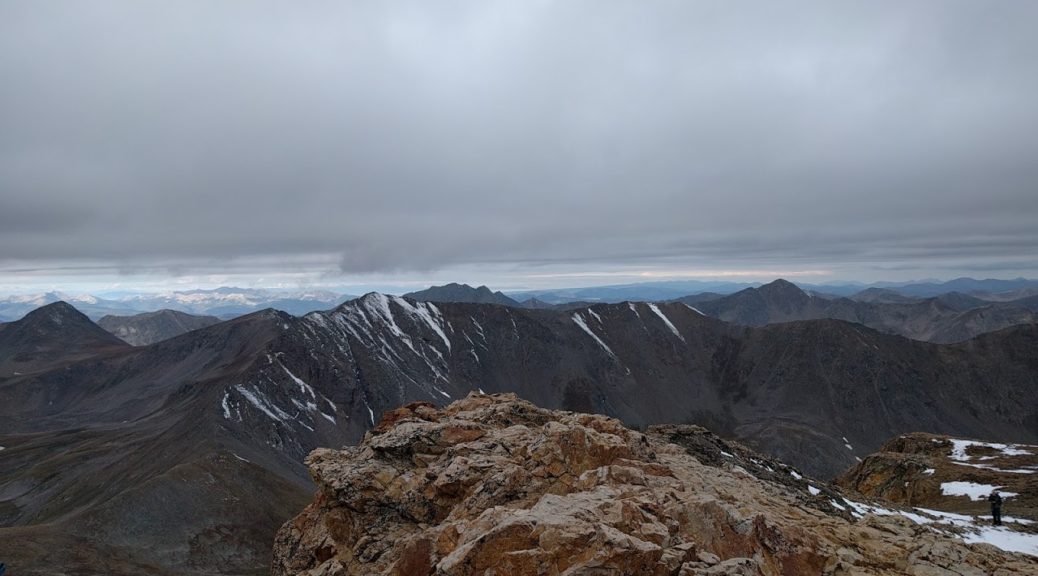 Now that the van is packed, and we are officially on the road, the fun of exploration can begin!  We started our trip right away with a hike up one of Colorado’s high peaks, Mt. Belford.  It was nice to get outside in our element once again after weeks of stressful preparations. 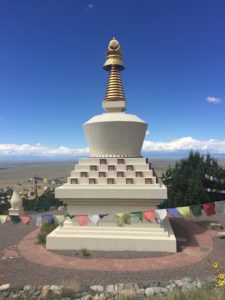 Back on the road, we kept our way south through the town of Salida, and slowly into Crestone.  Crestone far exceeded our expectations with its beautiful setting reminiscent of the Tetons, and its nice people.  Almost immediately we met a friendly local who invited us to park at his house, where we were treated to fresh bread, showers and amazing company.  The next day we followed the ‘spiritual highway’ along the mountains where we encountered several spiritual centers, with a Tibetan Buddhist Stupa at the end of the road.  An incredible place to take in the silence and majesty of our world, and meditate on the trip ahead. 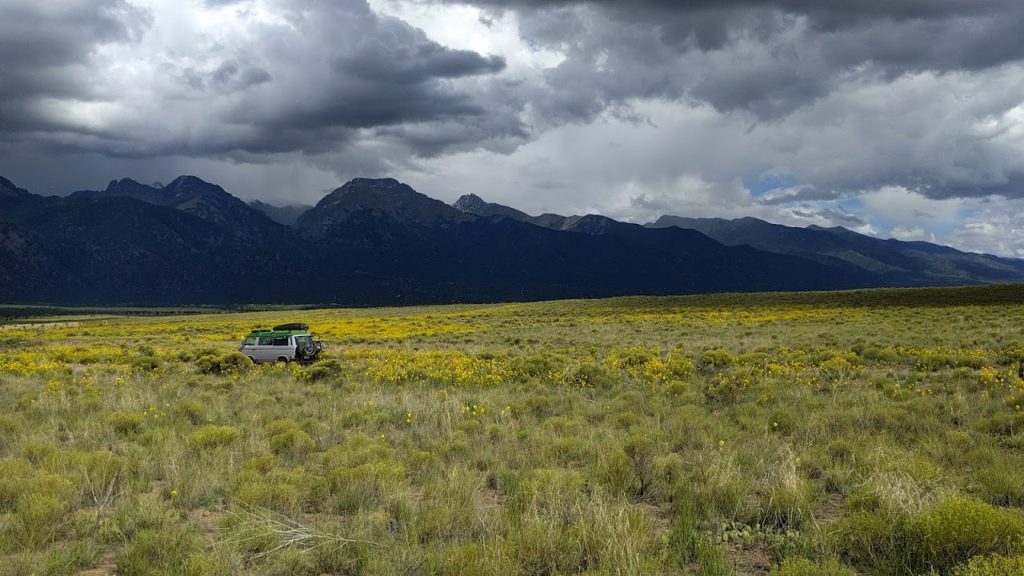 Having to pull ourselves away from the wonders of Crestone, we made our way to the Great Sand Dunes National Park.  Again we found ourselves in a truly breathtaking place where active geology was happening before our eyes. Matt even got a chance to try his hand at sand boarding, and it can be reported it is not as easy as it looks. 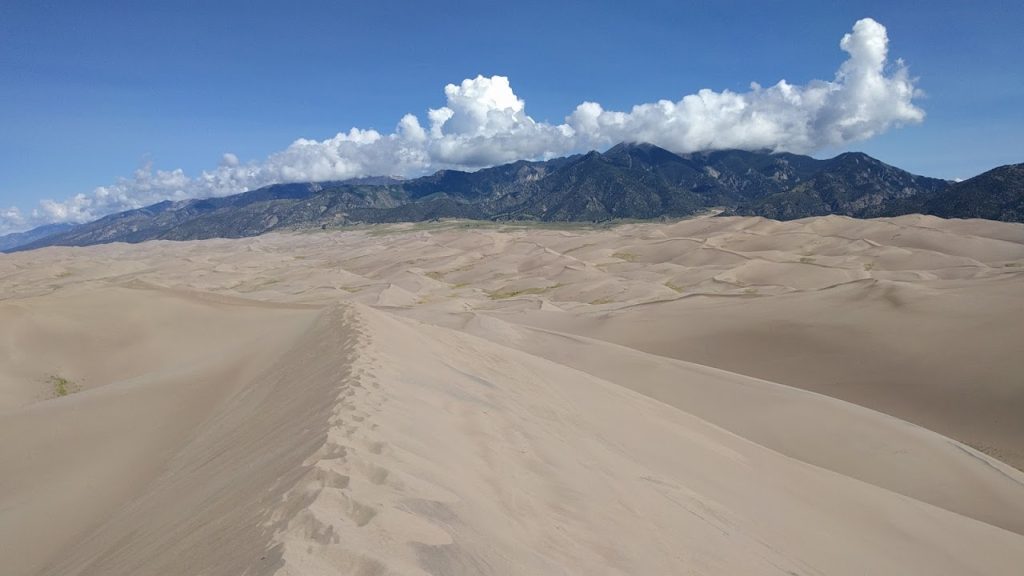 The following day we departed for the great state of New Mexico.  Almost immediately we noticed the increase in road quality and general spaciousness to our surroundings.  We had heard about a free, hike-to hot springs outside of Taos that we knew would make a great spot to camp for the night.  It did not disappoint and we had the whole place to ourselves. 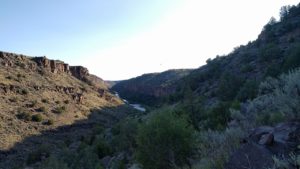 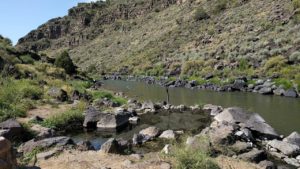 From the mountainous northern region, we continued our way south, with eyes set for 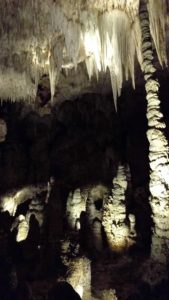 Carlsbad Caverns National Park.  If you’ve never been, put it on the list!  The shear magnitude of time and space were conveyed well in this place.  After driving through seemingly endless emptiness, a subtle range of mountains appeared where we began winding up to the very top to where the cave entrance is located.  They’ve 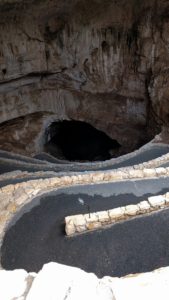 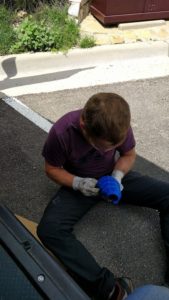 created an amphitheater near it’s entrance to view the millions of bats leaving on their nightly hunts.  No pictures were allowed for this spectacle we were lucky to witness.  The modern LED lights provided viewing that otherwise never sees the light of day.  It must also be noted that living in the van is not all gumdrops and candy canes, as we had to make a temporary cv boot repair after we noticed a rip in one on the front axle before hiking into the caves.

After experiencing all of the majesty of our beautiful planet first hand, we knew we needed to put some miles in.  After a nice long night of sleep, we did a full day of driving to Austin Texas, where our good 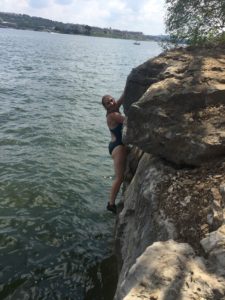 friend resides and where we could finalize some things 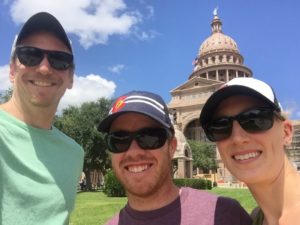 before the journey takes us away from the wonderful  United States of America.  Austin has always been a place of interest for both of us.  From the amazing food, endless entertainment and small town feel, we know we will return.  Onward to Mexico! 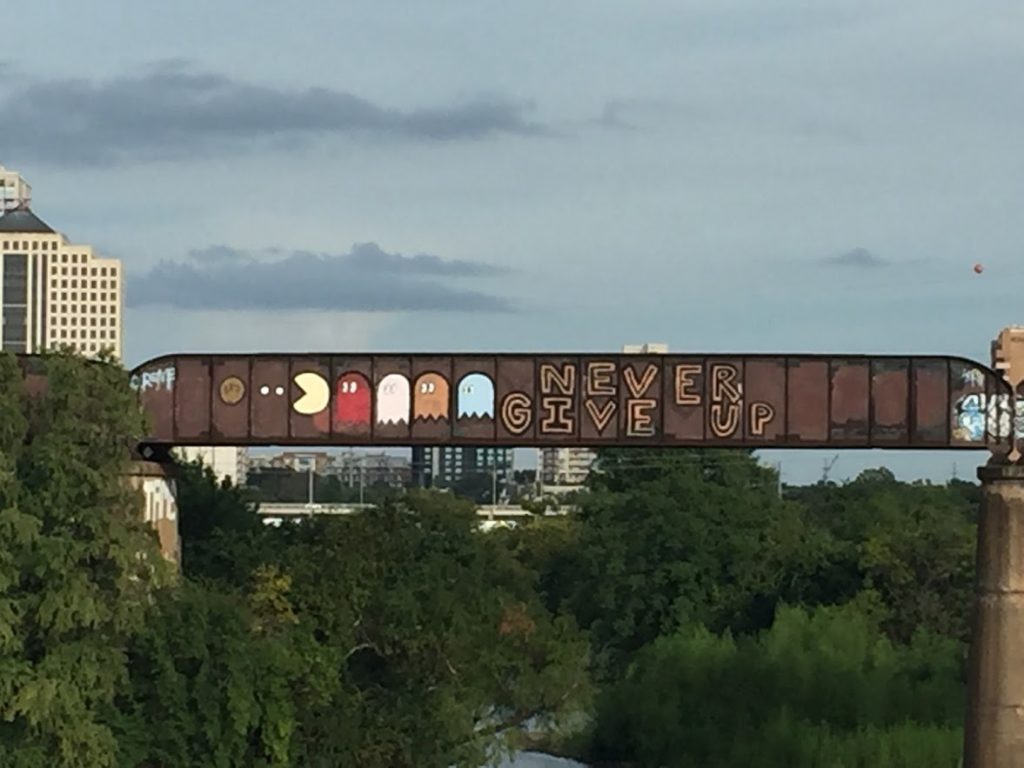 One thought on “The Journey Begins”