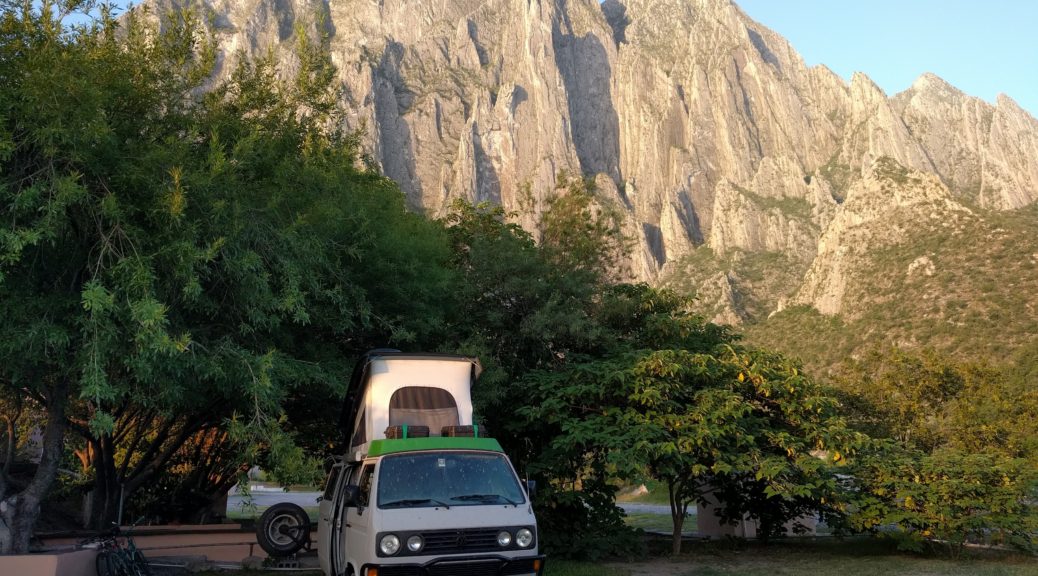 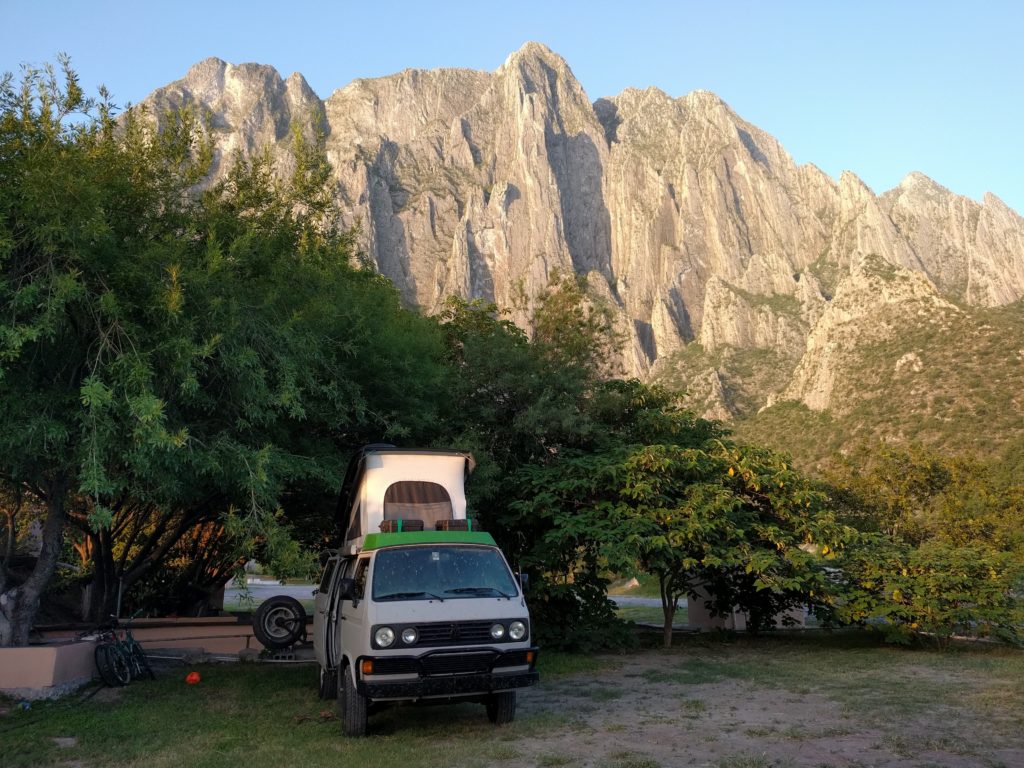 The first thing that should be noted in this post is the ease with which our border crossing happened. With our minds full of anxiety leading up to the crossing, we had no idea what was to come. American media and worrisome family and friends having infiltrated our expectations with thoughts of negativity and danger, we were on high alert. How long would it take? Will they rip our hippy van apart looking for who knows what? 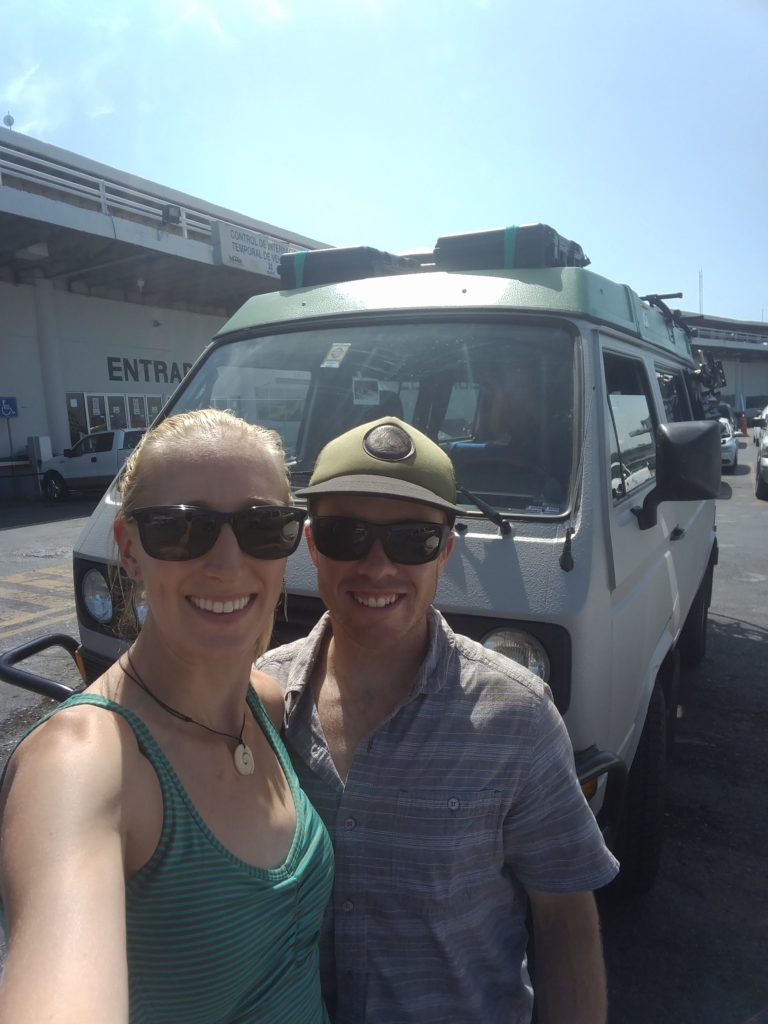 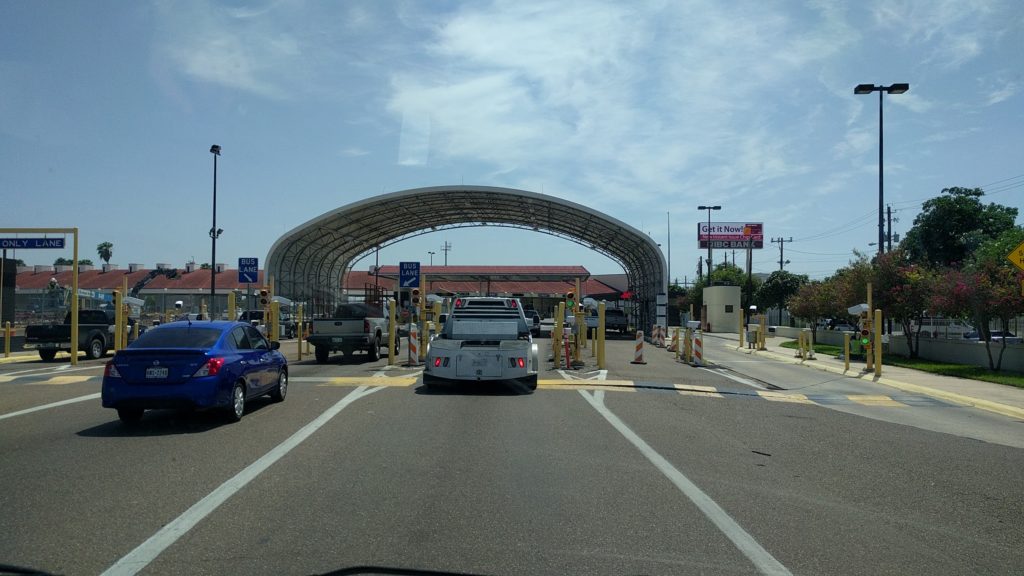 Are the cartels waiting for us on the other side? Well, all of those questions were answered with a resounding NO.  The gal who inspected our van simply looked in our closet of clothes and gave us a large smile because she thought the van was cool. In fact, everywhere we drove, all we saw were curious looks and smiles. The only small hiccup was a bit of a signage confusion about getting to the permit building where we acquired our vehicle permit and paid the necessary fees for having our van in the country for 90 days. The road signage definitely pales in comparison to American roads. All in all, an hour after our “inspection” we were on a great road towards Monterrey. 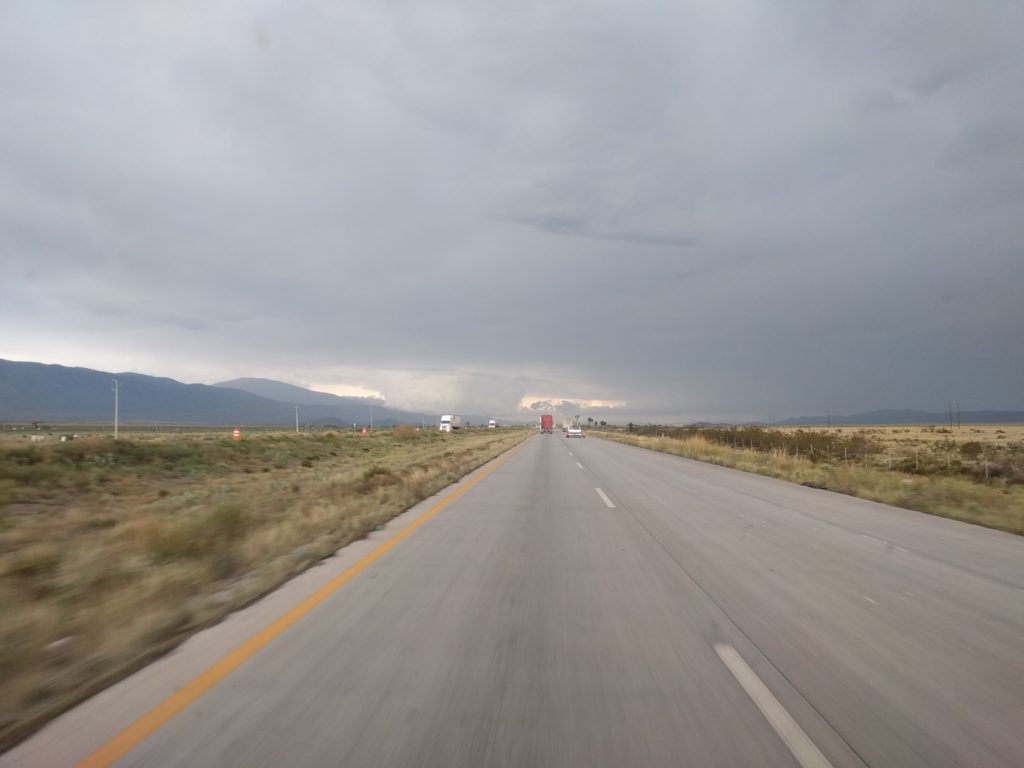 It is noteworthy that we paid a toll to drive on a nice 4-lane highway that was in great shape.  There are free roads in the area, but we have heard they are not very well kept and do have dangerous sections controlled by the cartels, which we were happy to avoid. Once we were at full kruise, we looked at each other with such excitement we could barely contain ourselves. After a quick roadside stop for our first Mexican tacos, we were on our way to the climbers paradise known as Potrero Chico, outside of the small pueblo of Hidalgo. 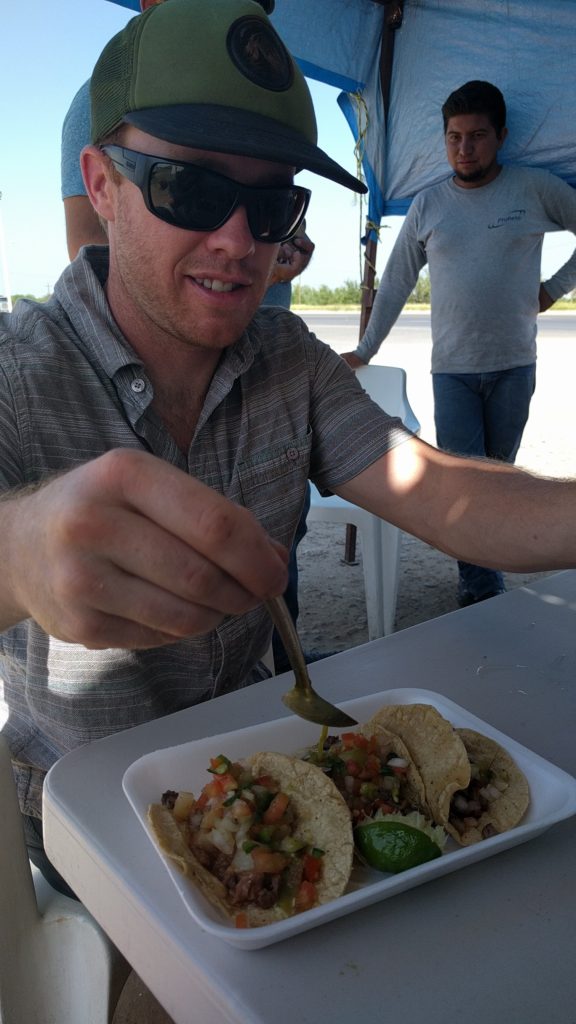 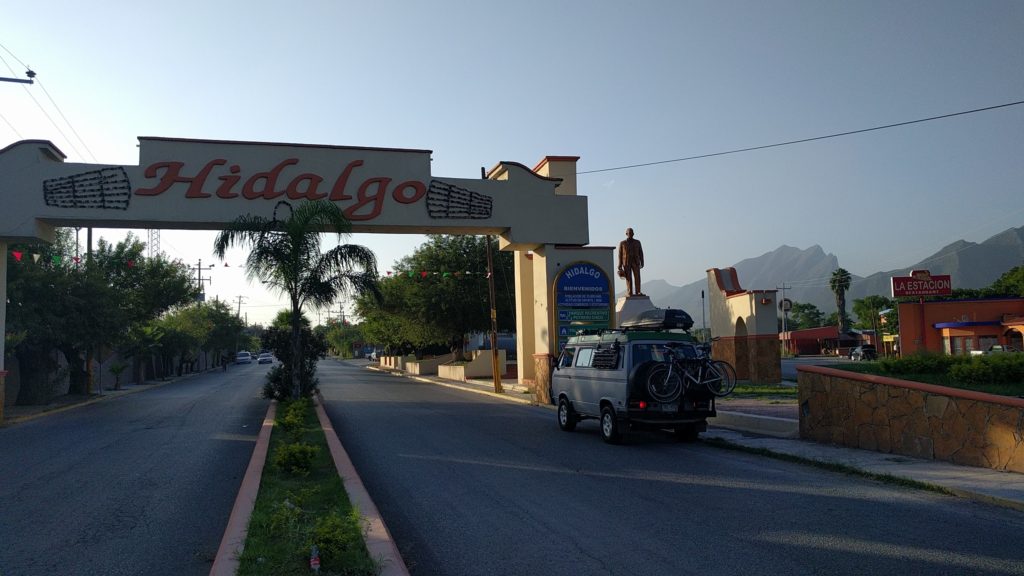 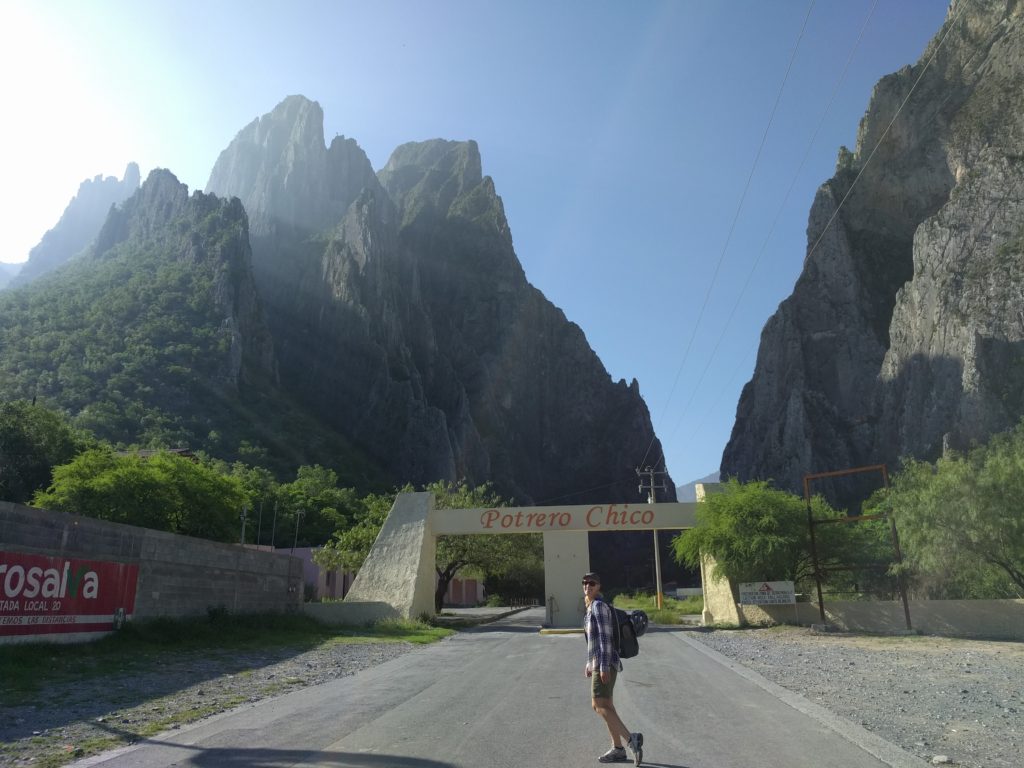 Sarah had done some research and set-up our accommodations through Homero’s guest Ranch for less than $10 a night and within walking distance of the climbing.  Having shown up in the off-season for climbing, we had the place to ourselves.  Due to the heat, we were pleased to note that they were in the process of filling up the swimming pool for the upcoming weekend. 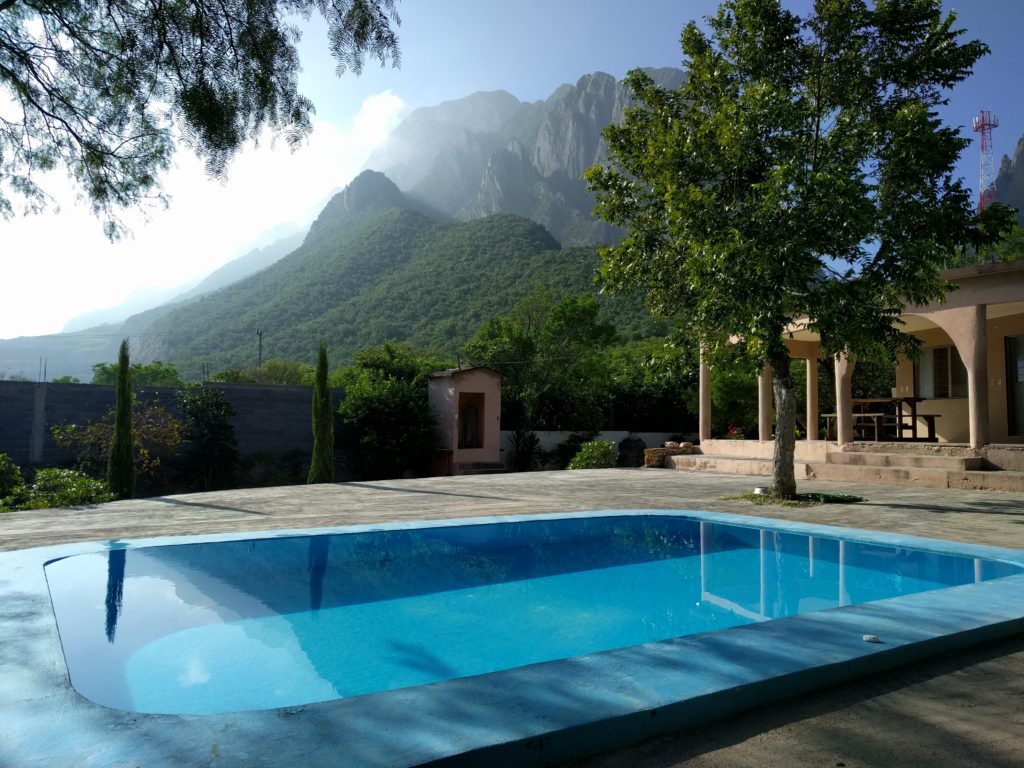 We parked Koru at the best spot under a large tree providing shade all day, and near an electric outlet where we could stay powered up without issue. Several clean bathrooms and showers were on the property, and with this realization, we looked at each other and said we could stay forever. 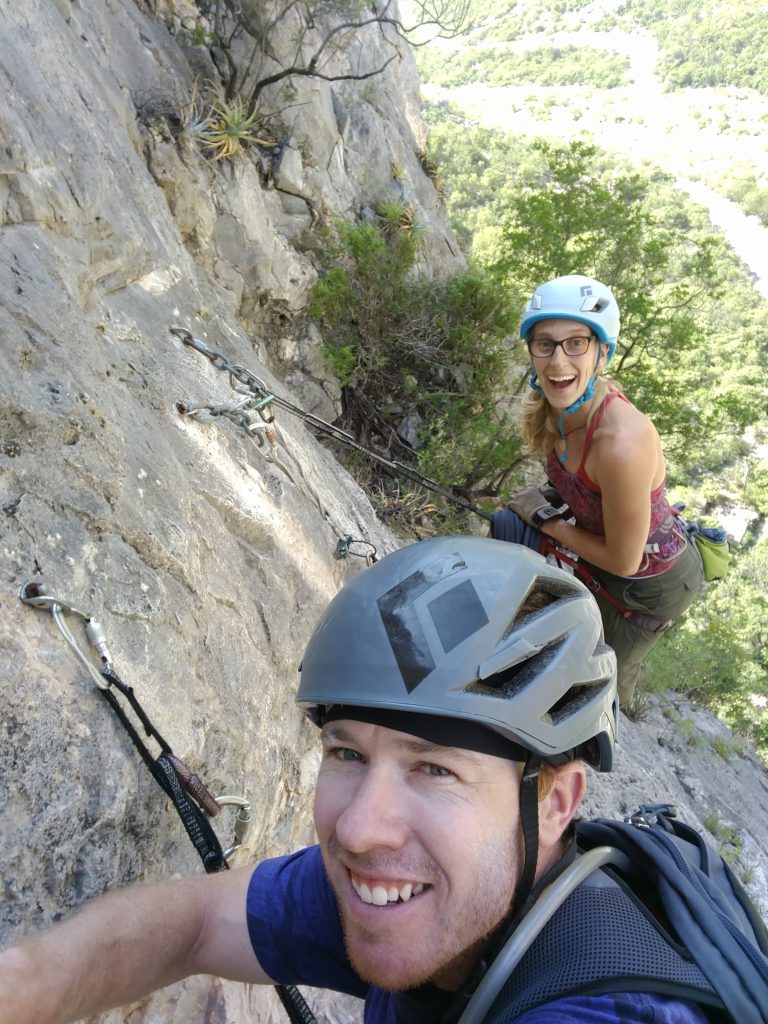 Now, as far as climbing goes, Potrero Chico is world famous for very long multi-pitch routes that are fully protected by bolts drilled into the rock by hard-working climbers. It was amazing to ascend several hundred feet up cliffs with nothing but lightweight quickdraws to protect ourselves with. We were giddy with delight from the first route until we left 3 days later. 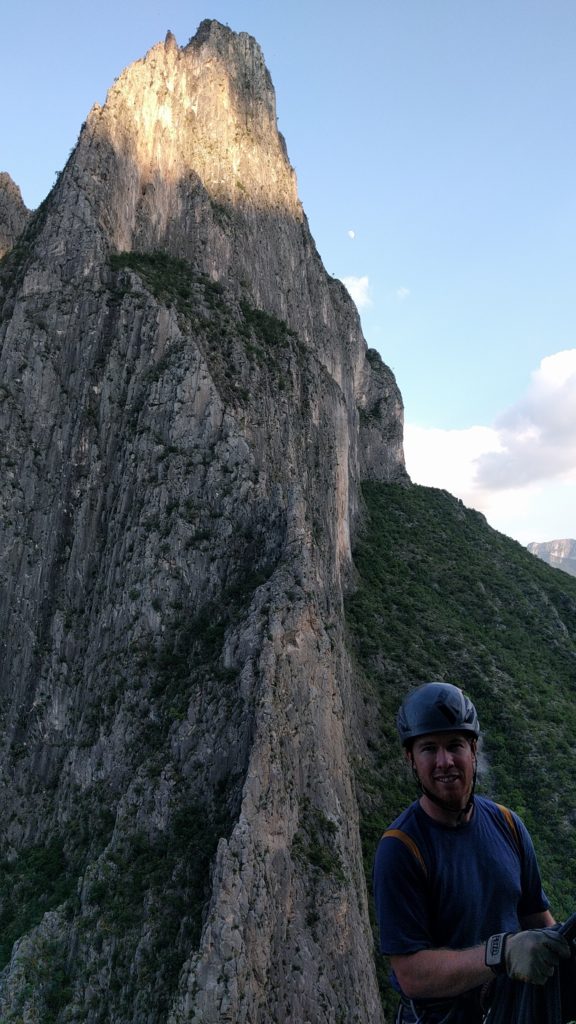 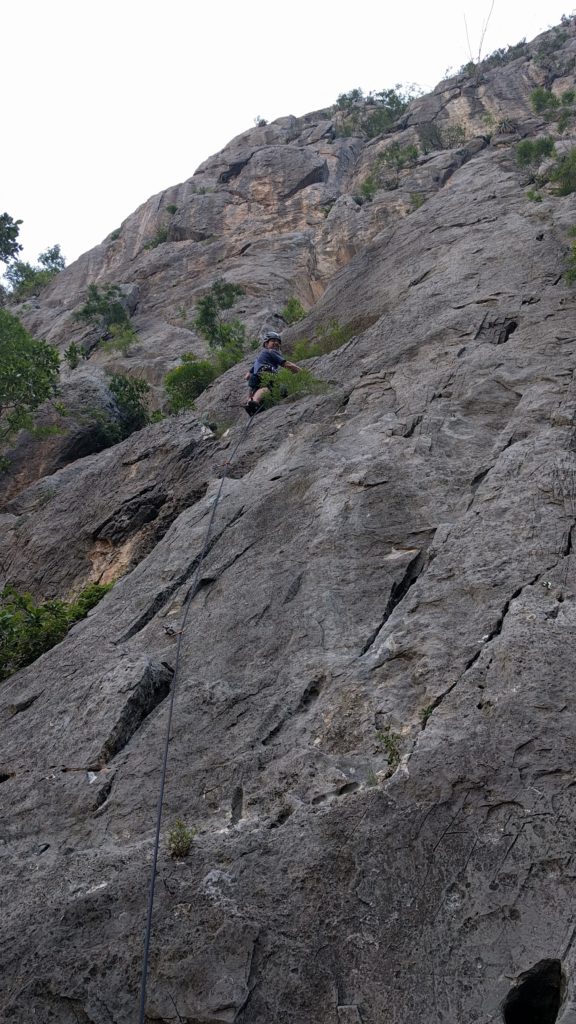 Although the climbing was nothing short of mind blowing, we must also express how amazing the people of Northern Mexico treated us. Any time we threw a wave or smile towards someone, they immediately responded with the same. The weekend came, and with that locals from neighboring pueblos flooded the beautiful area to drink and bbq with each other.  It was a treat to see folks other than climbers enjoying this natural spectacle.  Homeros filled with locals as well, and they quickly invited us to join them in their carne asada and cervezas. 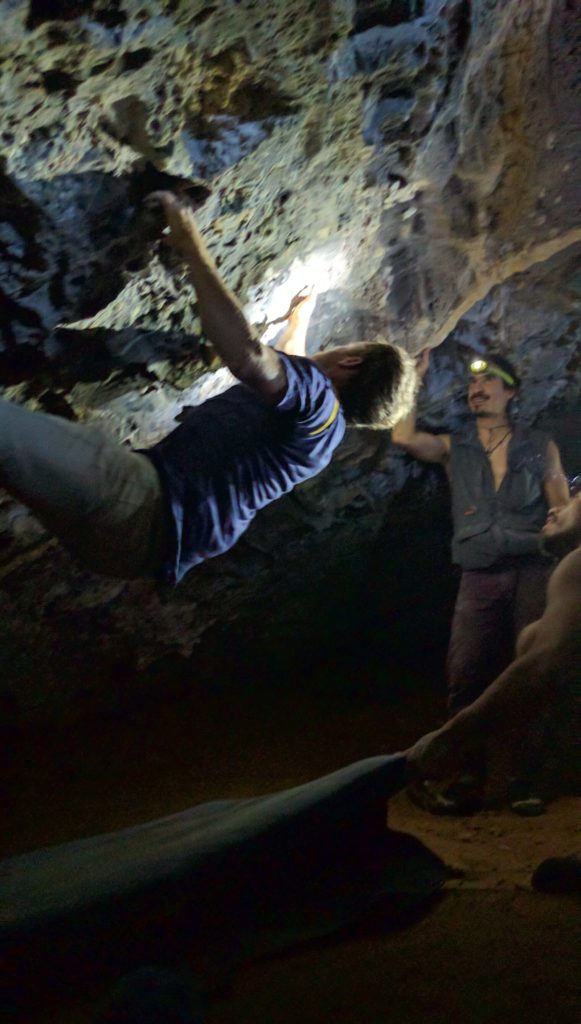 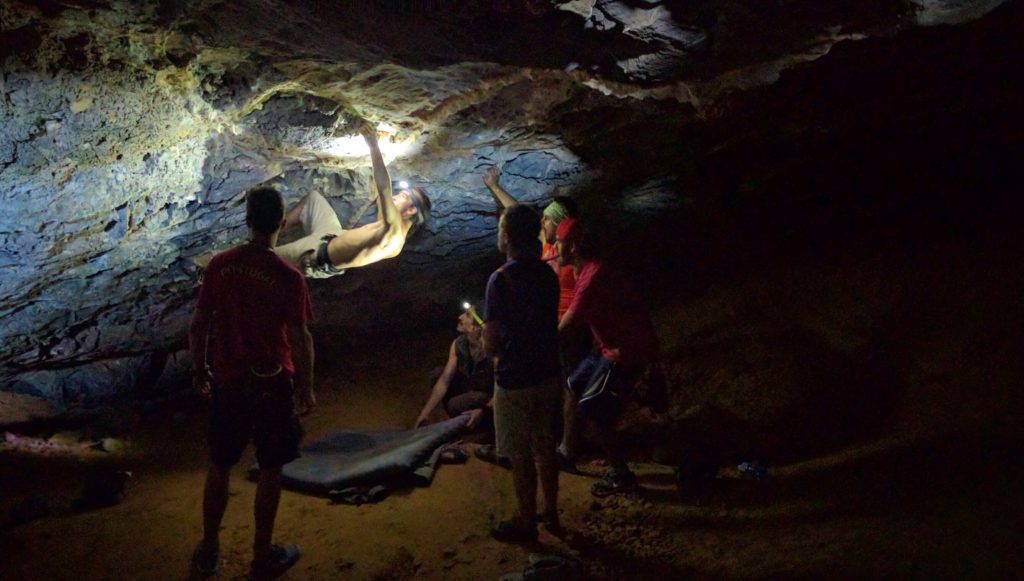 Needless to say, it was a blast hanging out with them laughing and enjoying each others stories.  Before we knew it, we were heading to a cave in Portero to enjoy some bouldering together.  All in all, experiences we’ll never forget! 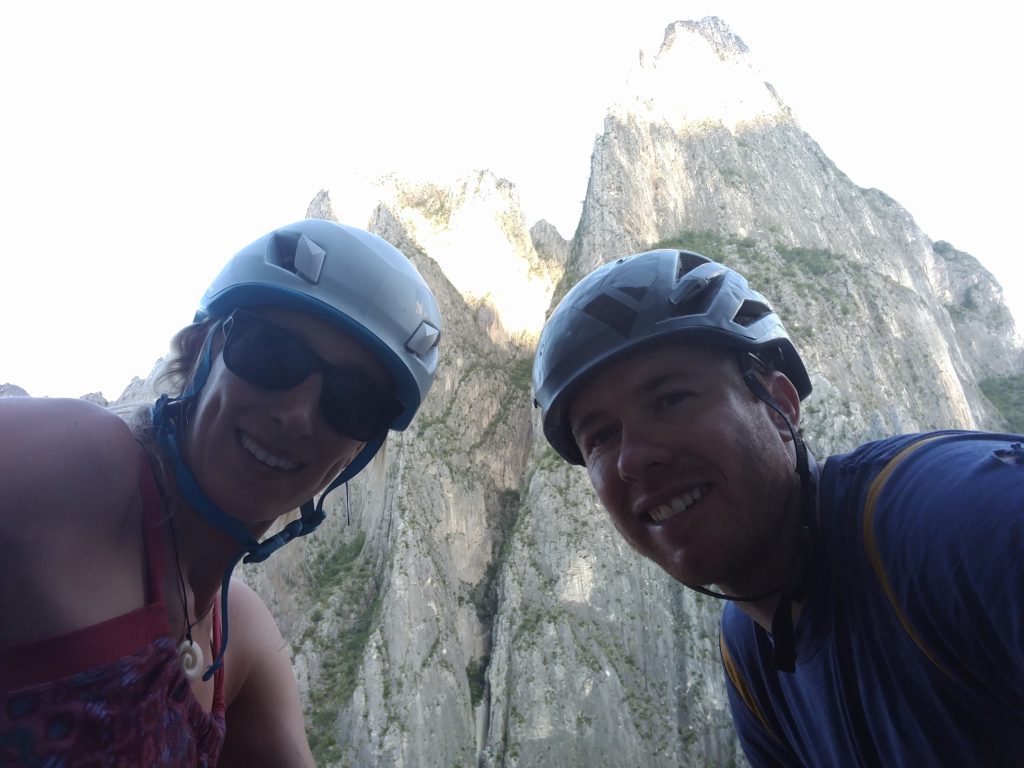