Travel (verb): make a journey, typically of some length or abroad.

Van (noun): a covered boxlike motor vehicle, typically having a rear door and sliding doors on the side panels, used for transporting goods or people.

Anecdote (noun): a short and amusing or interesting story about a real incident or person.

Having been on the road now for some time, we’ve decided to add some new flavor to our blog posts. Not only will we continue to document and recount our journey, describing the places and people we meet, but now we will include what we’ve dubbed ‘Travel Vanecdotes’. Often times on this journey we gain new insights, take part in a story, or meet interesting people that can be written about in an anecdotal way. So here it goes, our new addition to kruisinkoru.com, the Travel Vanecdotes! 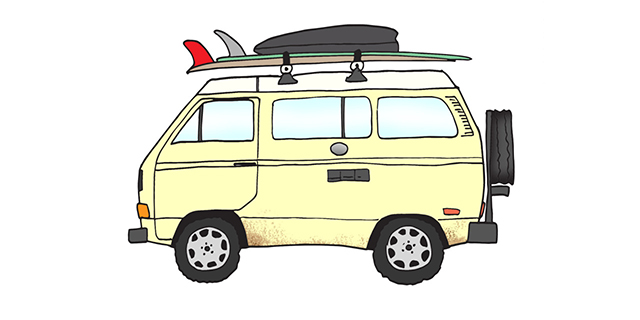 The Hunt for a Van

Upon a time some years in the past, a man and woman had a passion to travel abroad, and their method of travel?, of course was a van. So began many days and nights of excited yet daunting research and online hunting.

‘Hey Sarah, look at this, it’s called a VW Vanagon Syncro, it’s 4×4, small, and is perfect for our intrepid interests’.

‘I’m not so sure about that Matt, seems expensive, old, and potentially unreliable. What about a Toyota or something with a camper shell?’ 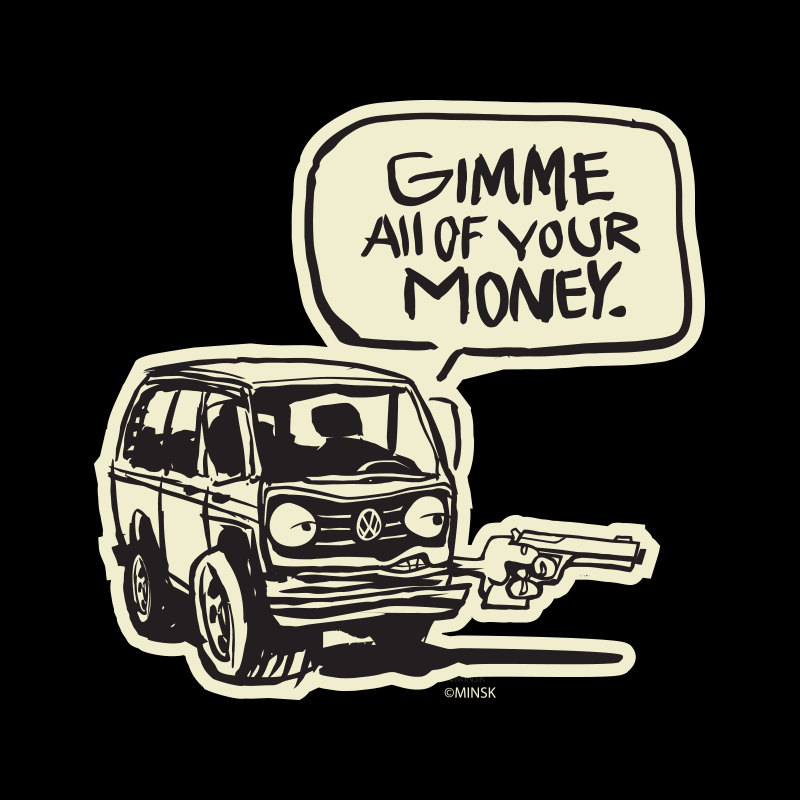 Our days continued on, searching, dreaming, yearning and always learning, something big was about to come up just around the corner, we could sense it.

One fateful night, on an outing to the grocery store, Sarah stumbled upon one of the most adventurous and well-traveled humans anywhere, Steve Williams*, who also happened to own a Vanagon. ‘Excuse me sir, my boyfriend has a strange obsession over these weird old vans, may I look at yours to see why? We want to go to South America in a van and we’re on the hunt’.

‘Of course! Have a look, I love my van’ exclaimed Steve. So Sarah began to see why Matt acquired an obsession with these 30 year old German vans. ‘Come on down to the shop where I work, we can chat about traveling and I may know of someone with a van you guys might be interested in’ said Steve with a glimmer in his eye.

Upon Sarah’s return from the store, she was ever closer to seeing eye to eye with Matt on extensively traveling in an old VW Syncro. Our next meeting with Steve led us to viewing what would eventually become ‘Koru’ on Karl Mullendore’s website westyventures.com.

Matt began contacting Karl via email about our interest in his van. Karl kindly obliged giving Matt a wealth of info about his van and Syncros in general. Karl’s van was technically not for sale, but he did have a minor interest in selling it to the right buyer so he could pursue his travel dreams with his dogs in a built-up 4×4 Mercedes Sprinter.

So began several months of correspondence with Karl about his built up van designed for international travel. He was open to us looking at it and test driving it, so we bought some plane tickets and planned a trip to Oregon to have a look. Off we went on a fast and furious trip to the Bend Oregon area. There, we met the one and only Karl Mullendore, master mechanic, teacher, and overall great guy.

Our attempt to buy the van on this trip was unsuccessful due to the understandable attachment Karl had to his meticulously built van. Feeling slightly defeated upon our return to Colorado, we kept our heads up and continued our search for our rig to carry us into Latin America. 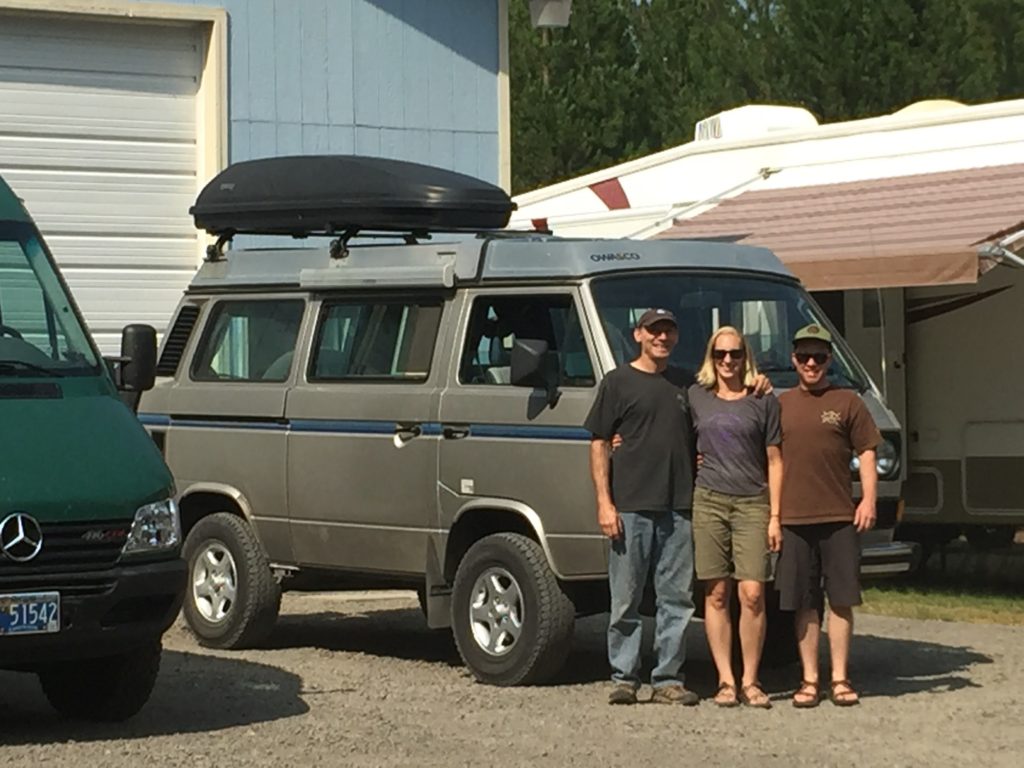 A few weeks later, Matt received a call from Karl with the news that he had decided to sell us the amazing van! Later that day, we had one-tickets to Bend, Oregon to pick up the new member of our little family, Koru!

Sometimes when you pour your heart and soul into something, in this case the search for an adventure vehicle, the stars have a way of aligning and helping you find the way if you look in the right places. 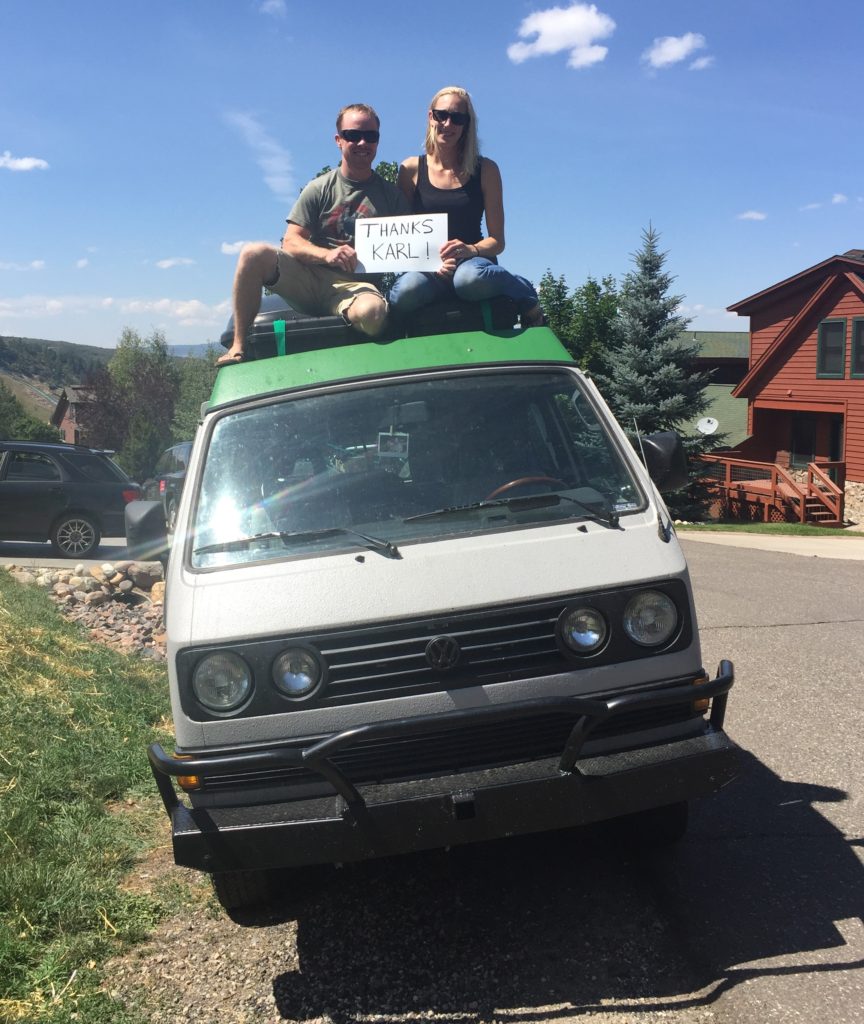 *Steven D. Williams is famous for having been one of the first people to traverse all 7 continents via bicycle.  Check his website out here.