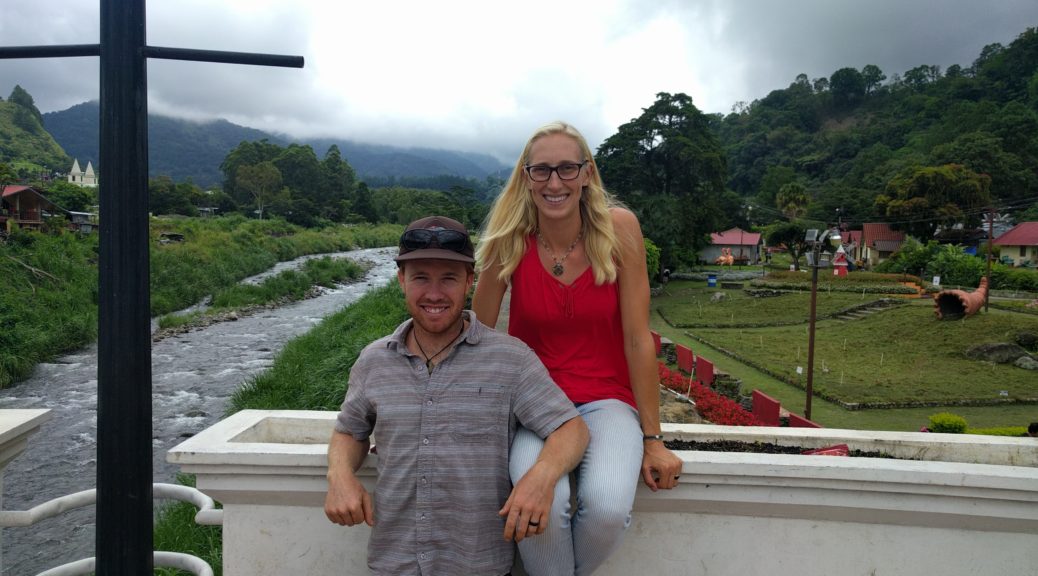 Panama, the last and final country of Central America and the connecting landmass between the 2 larger Americas. As we approach this modern, yet culturally rich country, we cannot help but realize we are likely right at the mid-point of this journey.  Having fallen for Costa Rica, and with our thoughts of the big mountains to our south, we hadn’t yet imagined what Panama had to offer, but we were in for many pleasant surprises. 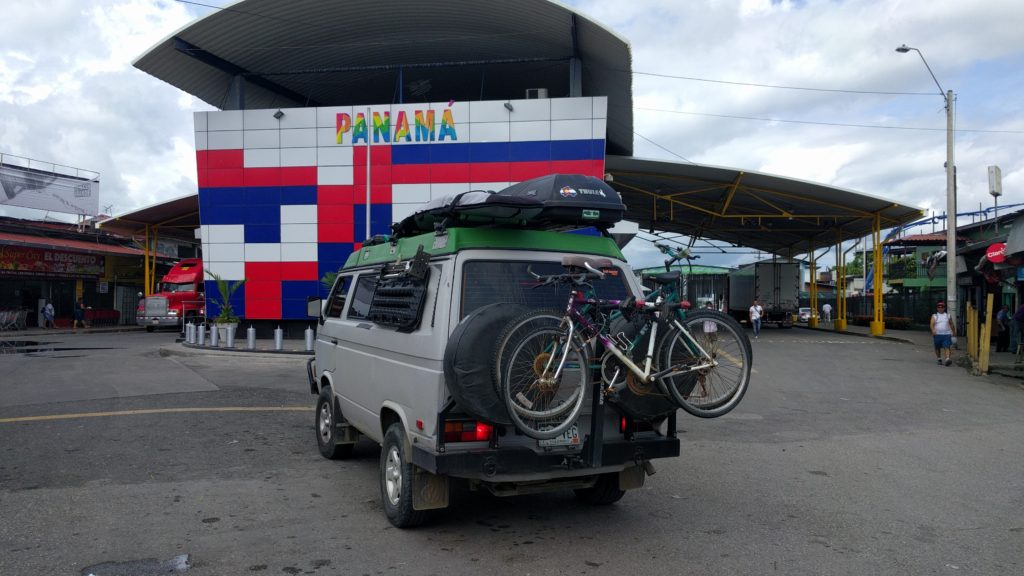 After a fairly easy border crossing, we headed towards the Panamanian highlands where were going to have the pleasure of seeing Matt’s parents again the following day. This time our days were going to be spent in the beautiful town of Boquete, where an almost perfect climate exists year round. Matt’s step-brother Sam has been living in Panama for two years while working for the Peace Corps in the Ngabe-Bugle Comarca just east of Boquete, so he joined up as well to partake in a mini family reunion. 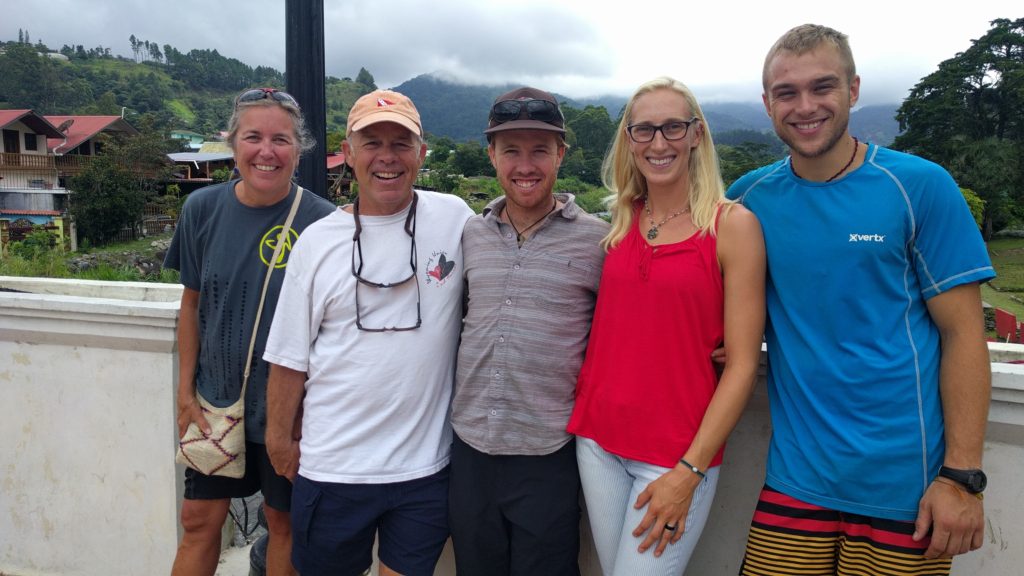 Upon retrieval of the family with our trusty Koru, we made our way to a very nice house just outside of the small coffee town where we all could enjoy the wonderful fresh air, beautiful countryside and time together.

Our first few days were spent doing nice hikes together, along with games of golf, tennis, racquetball, and biking around and exploring. Boquete is famous as an American retirement community, and as a result there is a plethora of good restaurants, bakeries, coffee shops and well kept city parks and trails. 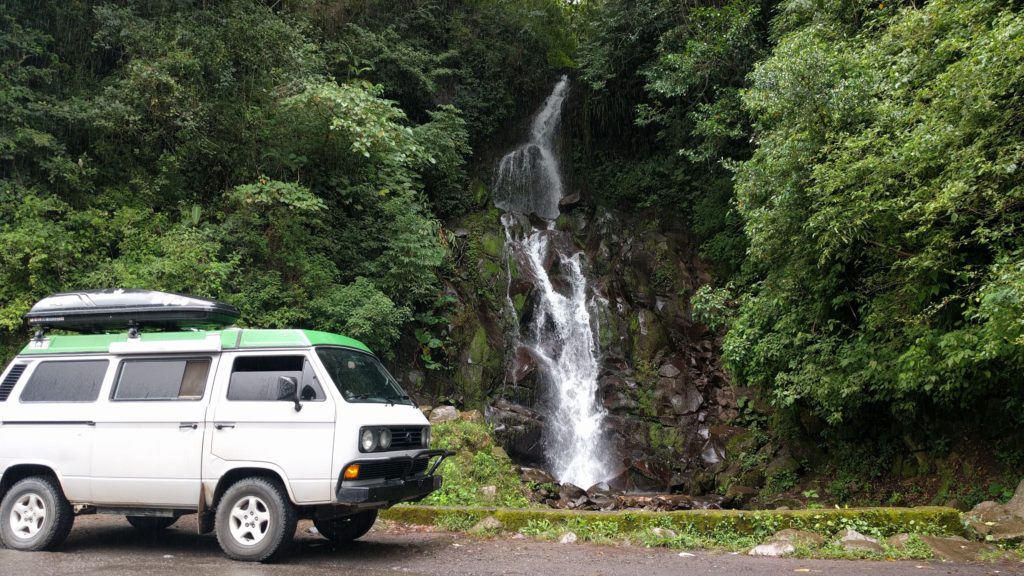 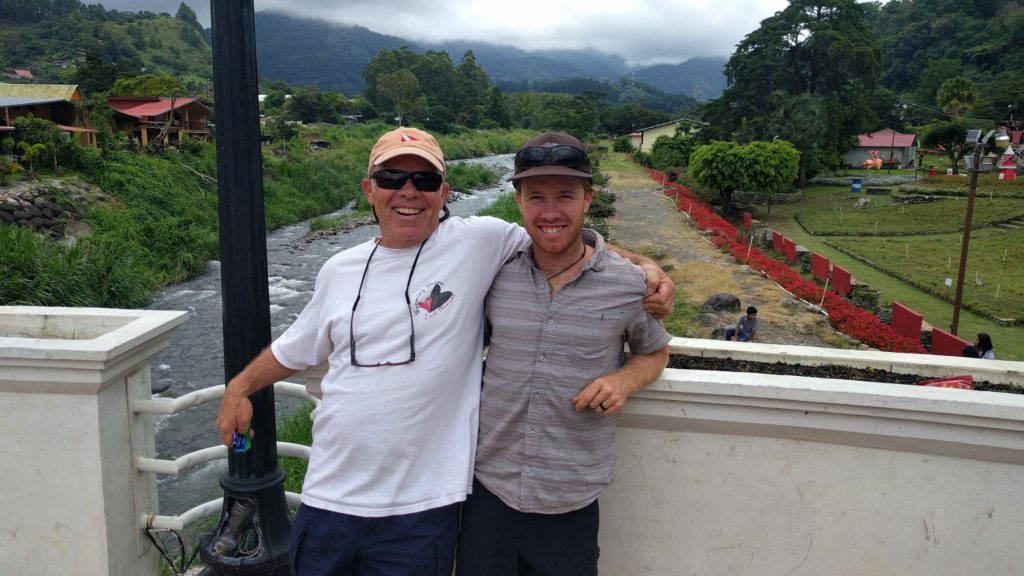 A highlight of our family time was the famous Sendero de Los Quetzales hike high above Boquete in the mountains near the Continental Divide of Panama. Unfortunately, we didn’t witness any of the elusive birds but had great weather with jungle life all around us and a view of the highlands from the mirador platform. 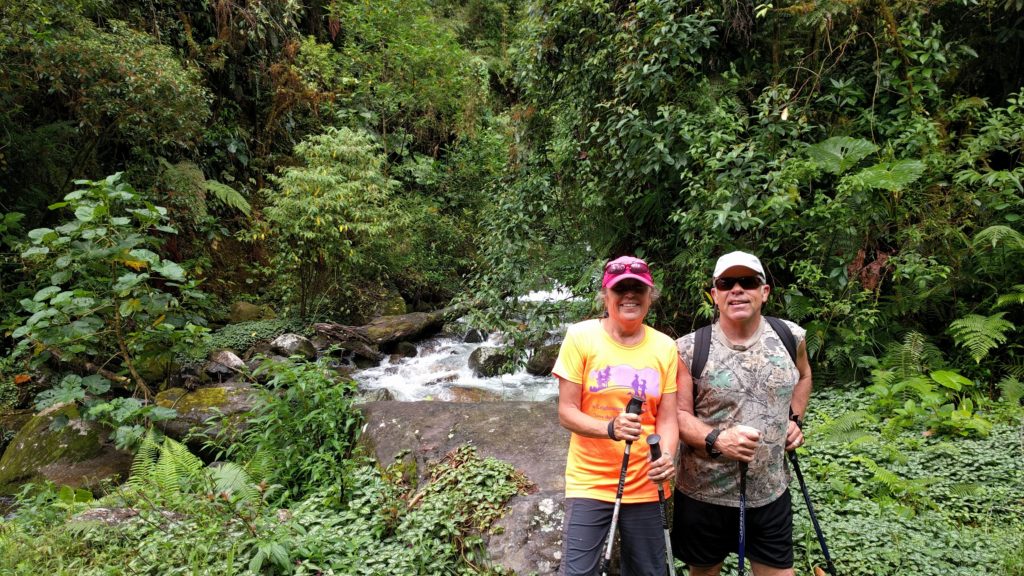 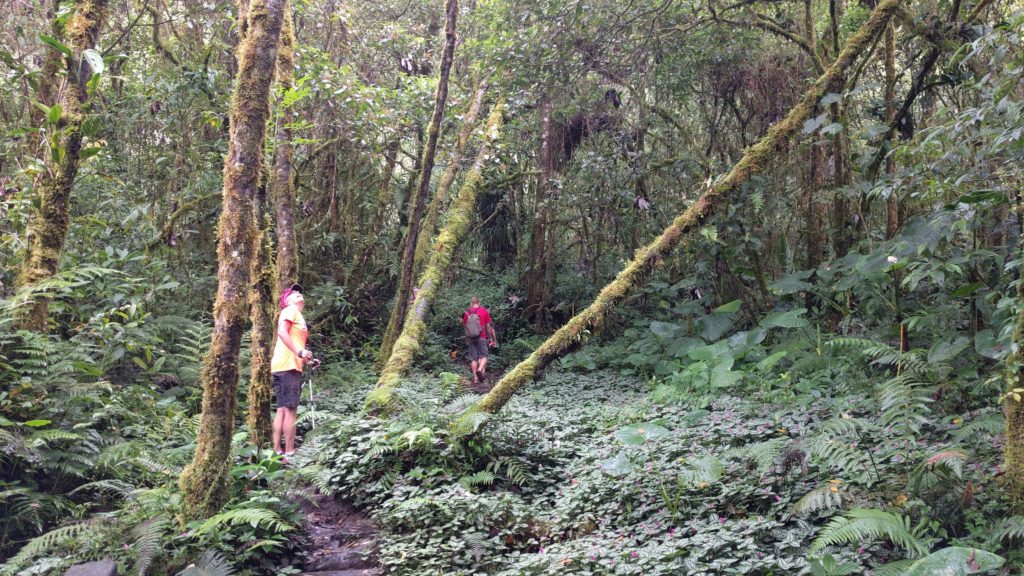 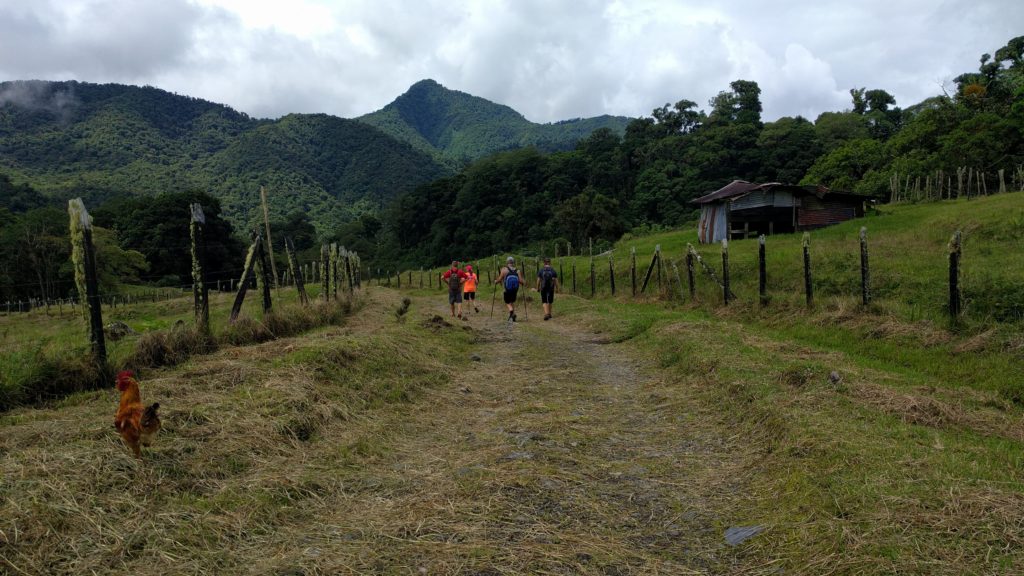 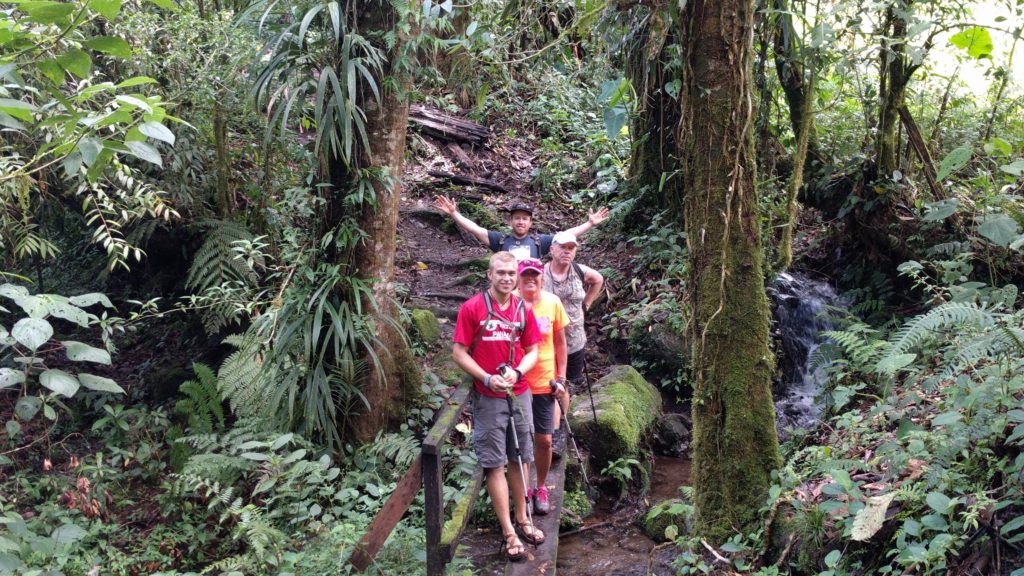 A lot of time was spent at the amazing and well equipped, western style house relaxing and catching up on everyone’s lives. Every time we see our family, we tend to feel a longing for home and what we knew as our life before this trip. However, we are also very happy to have a good support system reminding us this adventure we have embarked on is a once-in-a-lifetime experience. Enough thanks cannot be given to Scott and Deb for renting such an amazing place that allowed us some much needed space and time to reconnect with our travelling goals. 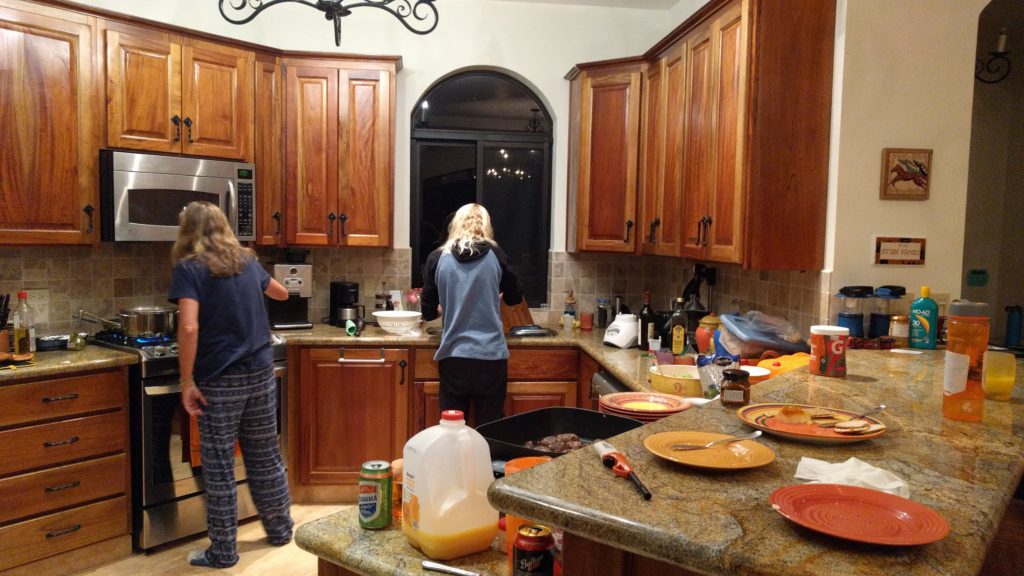 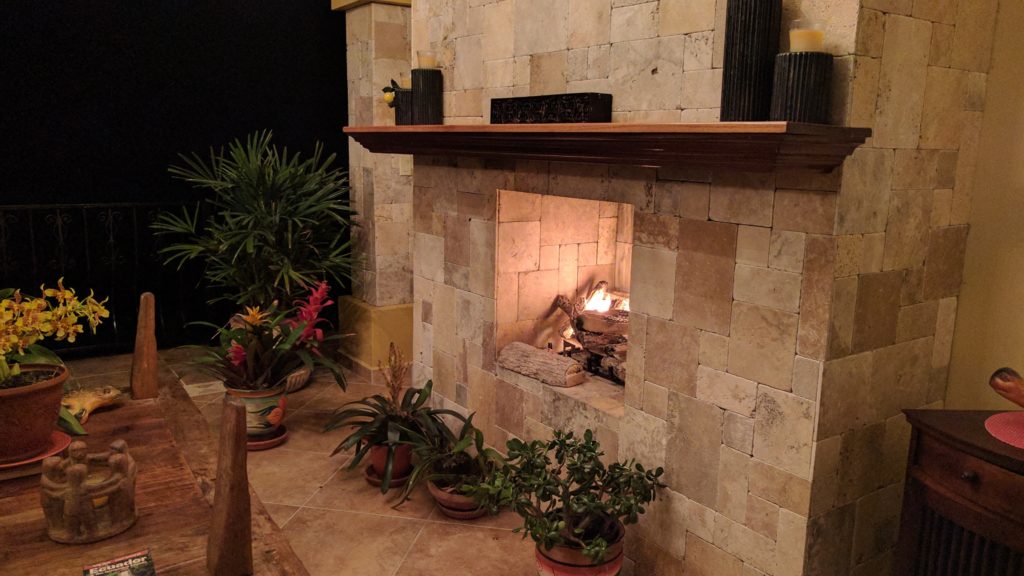 Through our roller coaster of homesick feelings and joy of being united with family, we began to fall in love with the surrounding area. We found some great rock for climbing near a beautiful river, hiking trails galore and views of volcanoes when the clouds cleared. With all that we had seen and enjoyed so far with family, we decided we would stick around Boquete even after Matt’s parents headed home. 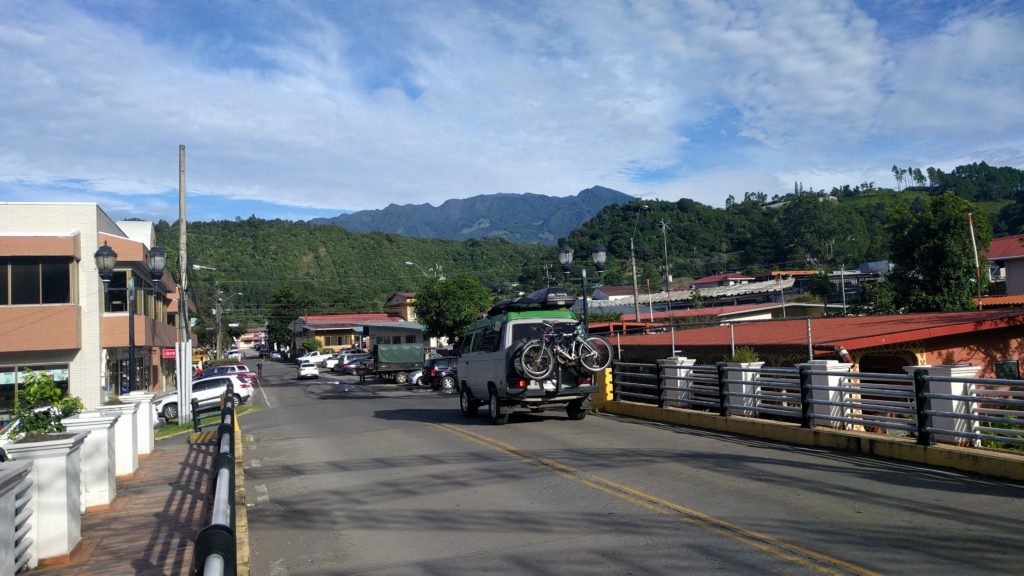 Just as we began to make some more plans for family activities, the dark side of vanlife decided to appear again. On our way home from the Sendero los Quezales hike, Koru abruptly shut off, and we had to make a quick fix on the side of the steep road. Managing to get the van back to the house, it was obvious something was wrong with the electrical system (yikes!). 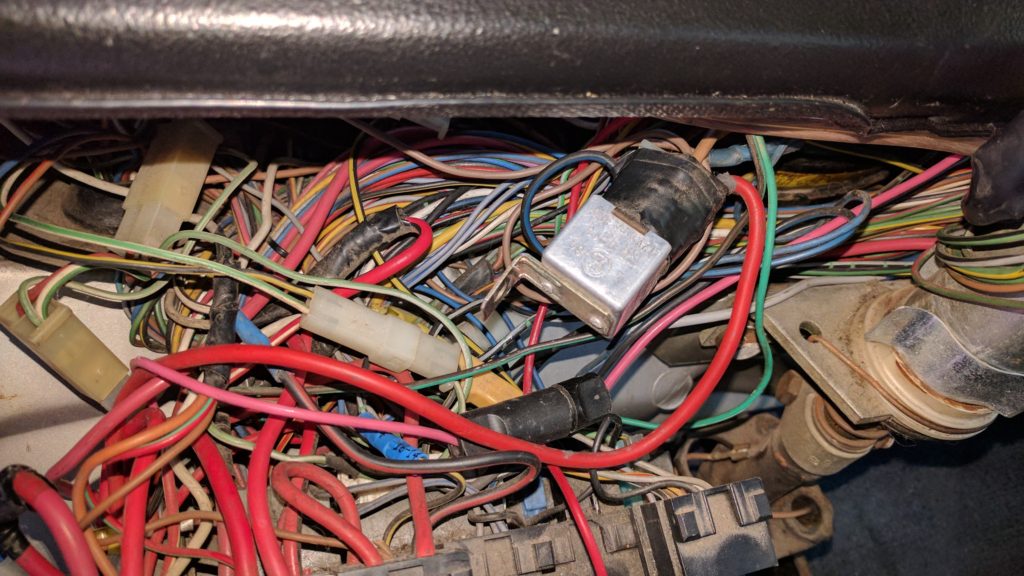 So began the agonizing troubleshooting process that took many hours of head scratching. After many trial and error efforts with various parts and voltage testing, we were at our wits end. Time was running out, activities were being canceled or postponed and we needed another problem solver to help us out. That’s when we picked us the phone and called the master mechanic and previous van owner, Karl. Thanks to the app WhatsApp, he guided us in the right direction so we could narrow it all down.  In the end, two problems existed, a failed ignition switch and blown ground fuse on the battery system. 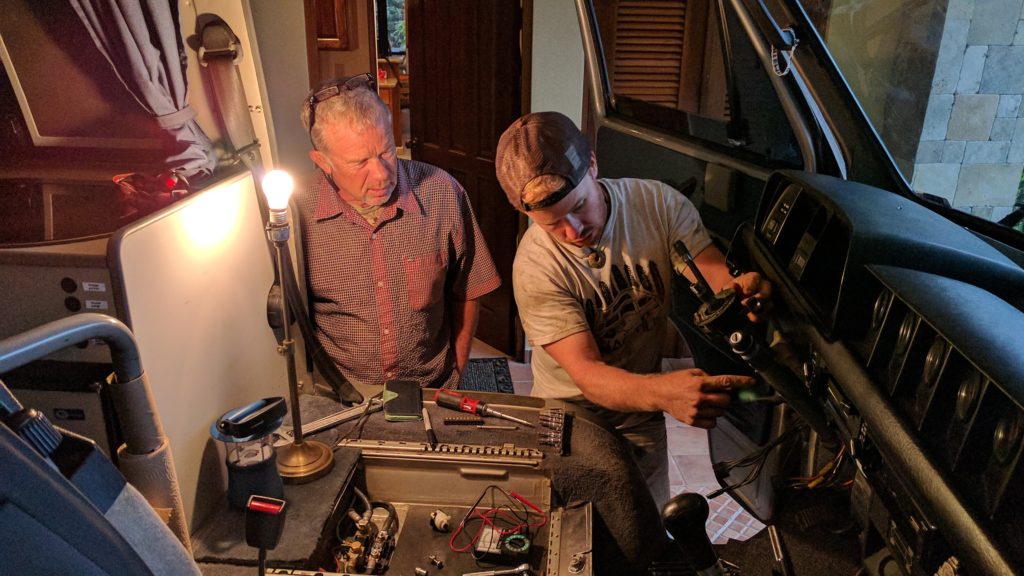 Fortunately, we had packed both spare parts with us and happily replaced them right away. Had we not had these parts, it would have been a difficult week or two to acquire them, not to mention sorting out transportation for Matt’s parents back to the airport.  The van began starting again with just hours to spare before we needed to check out and say good-bye! Early the next morning, relieved to be driving, we all jumped in the van and headed towards the airport to drop Scott off. Deb planned to stay a couple extra days to spend with Sam at his Peace Corps site in the Comarca.

Just prior to dropping Scott off at the airport for an early morning flight, with vanlife stress slowly beginning to wane, it struck again. Just after entering David the gas pedal stopped working and we rolled Koru once again to the side of the road off a busy street. It turned out to be the two screws holding the accelerator pedal to the floor decided to shear off thus preventing its use. Matt quickly managed to tap out the old screw and replace it with one that we had on hand. Fortunately, there was a Subway restaurant down the street, so everyone hung out there to get some food while we made the fix.

Despite the minor setbacks, we managed to get Scott to the airport on time while also allowing him and Deb to witness our occasional struggle with life on the road, lucky them. They maintained high spirits for us though, which really helped our attitudes and motivation to continue the journey. 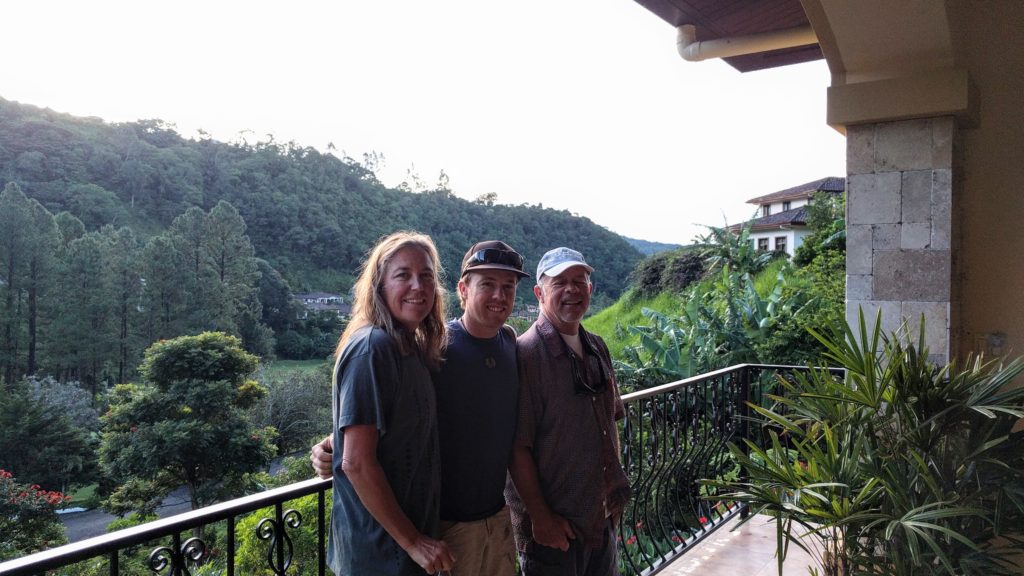 Our next adventure led us east with Deb towards Sam’s village, Quebrada Pava. We opted to leave Koru safe in town off the Panamerican highway and take the public transportation with the locals, as the road is very windy and steep and it makes for an adventurous journey. 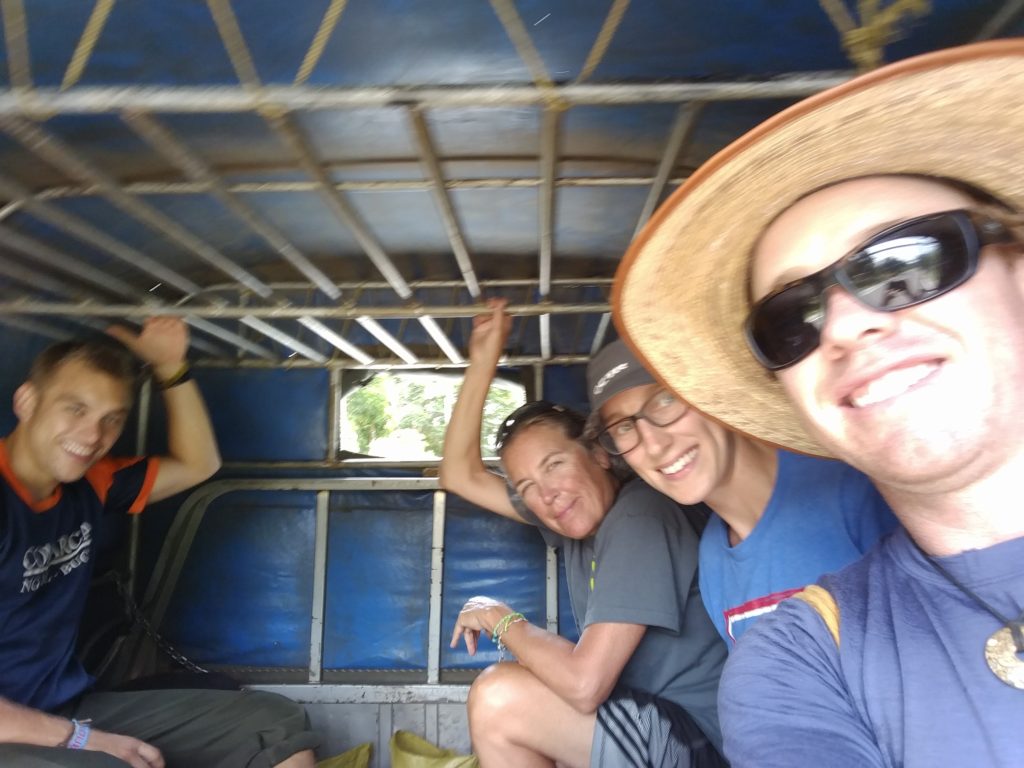 The village is very isolated and requires the inhabitants of the village along with the occasional horse to carry everything in 45 minutes via a trail system. Sam always plans ahead and purchases supplies for construction efforts in the village which usually includes hundreds of pounds of concrete and sand. We helped carry groceries and various goods, while Sam and other villagers hauled in pounds and pounds of sand for a rain catchment project. 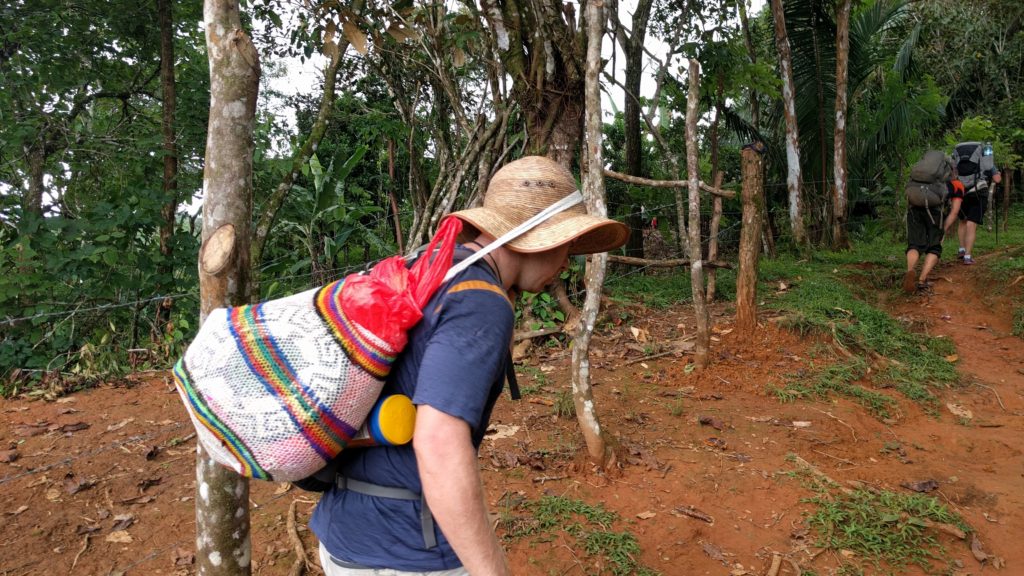 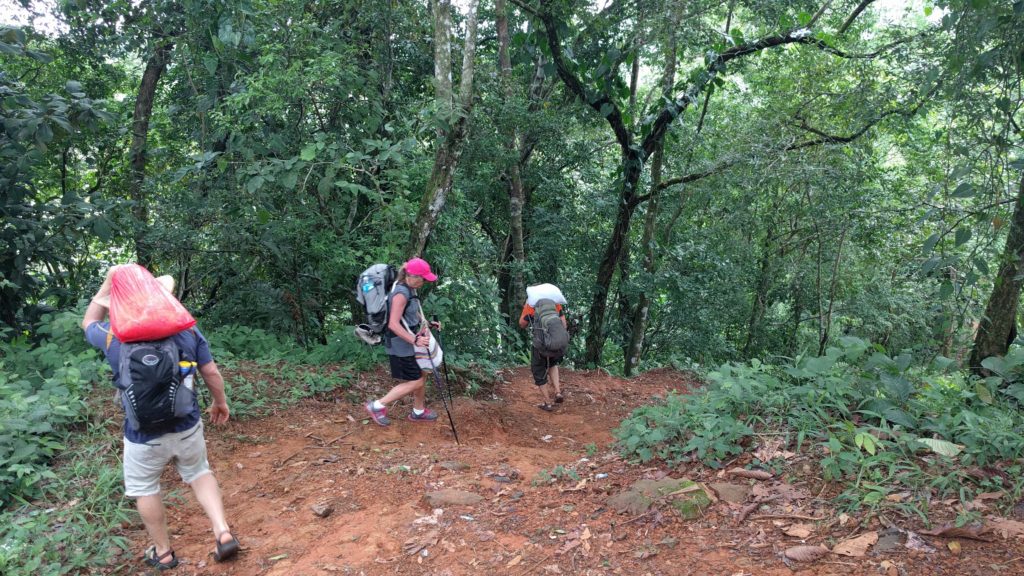 We were thoroughly impressed with the will power of the Ngabe people and Sam as they carried everything up and down the steep and very slippery trail. With a river crossing on a sketchy bridge included, it felt like a wilderness journey instead of a daily commute. 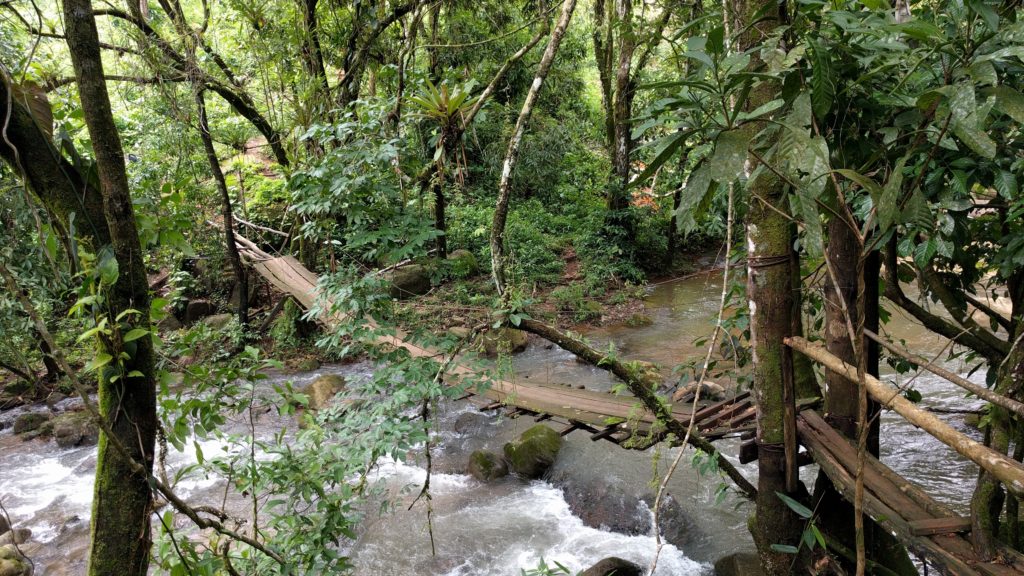 Upon our arrival, the villagers greeted us with warm and welcoming arms. Sarah and Deb were immediately adorned with the local naguas which are dresses the women typically wear. The girls were now part of the clan! 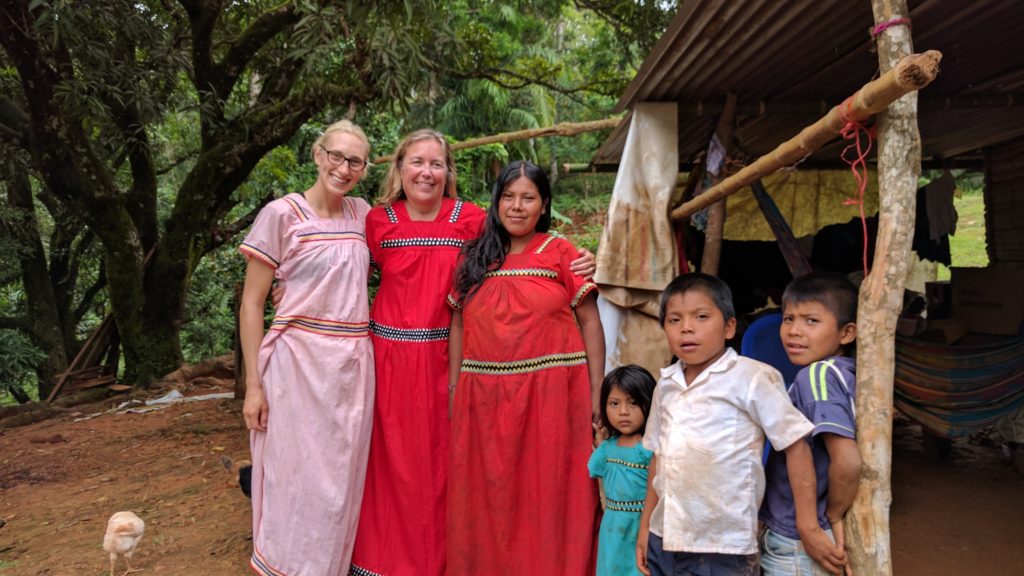 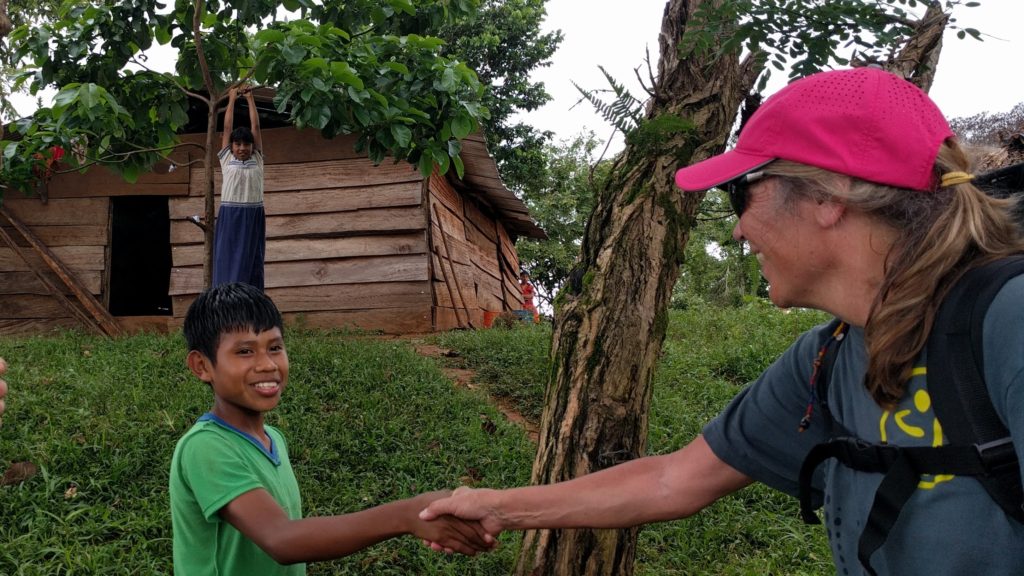 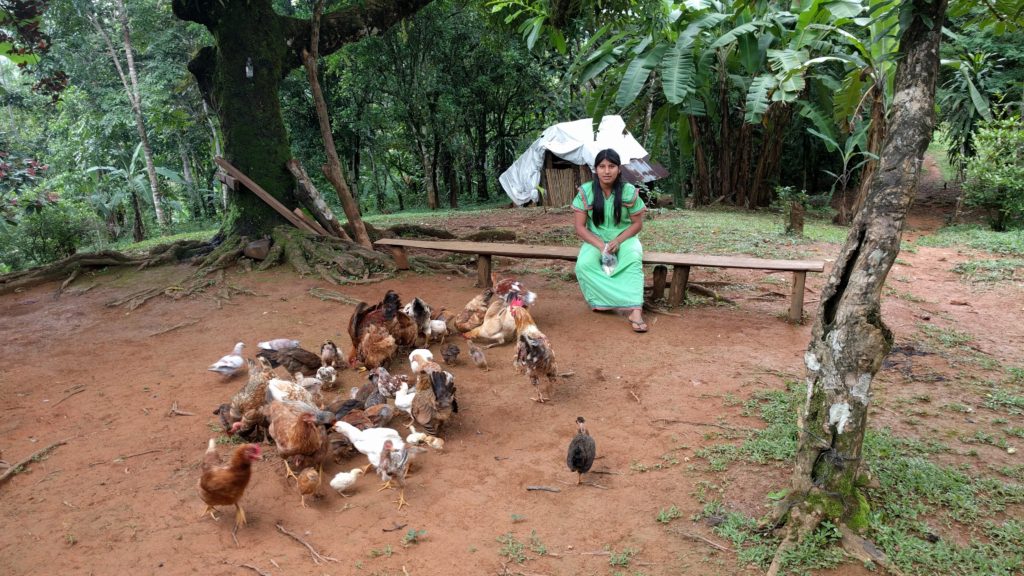 The kids surrounded Matt, showing off to him how much spanish they knew (it is their second language) and how well they can fight (local community sport). They were all very excited for us as visitors.

They also love seeing themselves in photos or videos. Even though they live in a remote village with out electricity or clean drinking water, they all know how to use smart phones…imagine that. 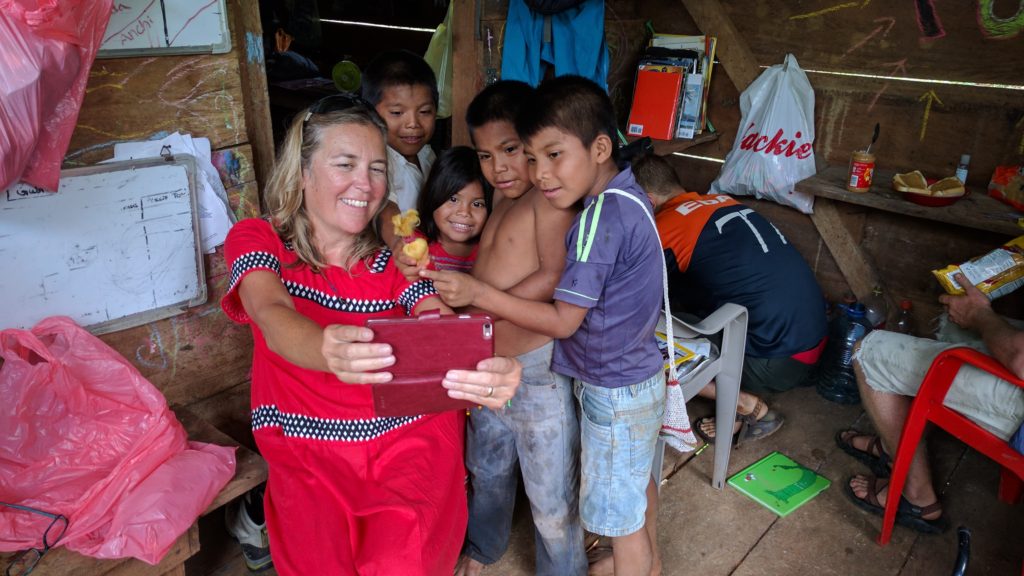 It became obvious that personal space and privacy were not normal in this cohesive tribal community, so it appeared Sam appreciated the quick break, if only for part of a day. Here you can see Sam’s house that he and his village built together for him and future Peace Corps volunteers. All of the materials were used from the surrounding forest and made by hand or hauled in from the nearby town. 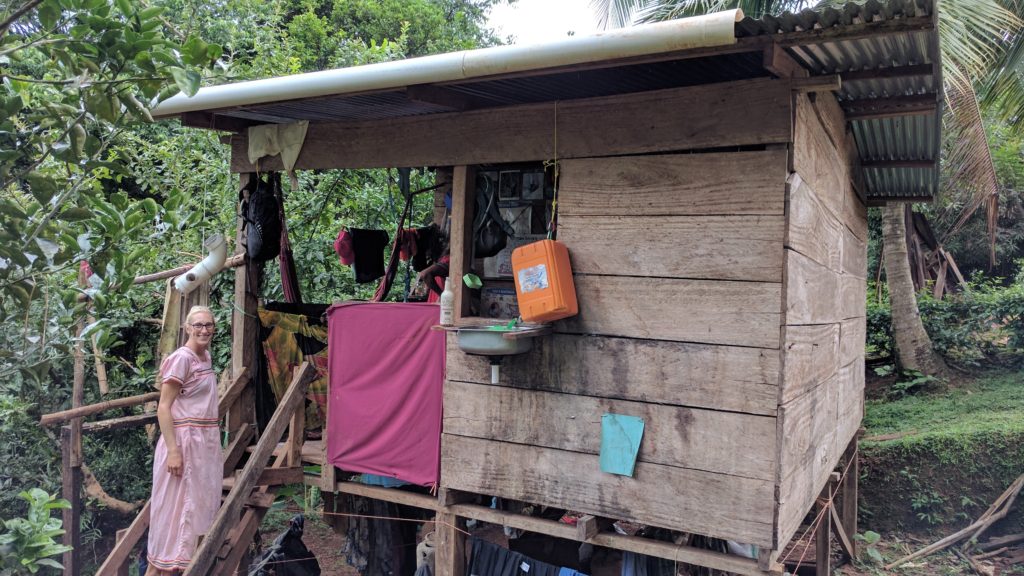 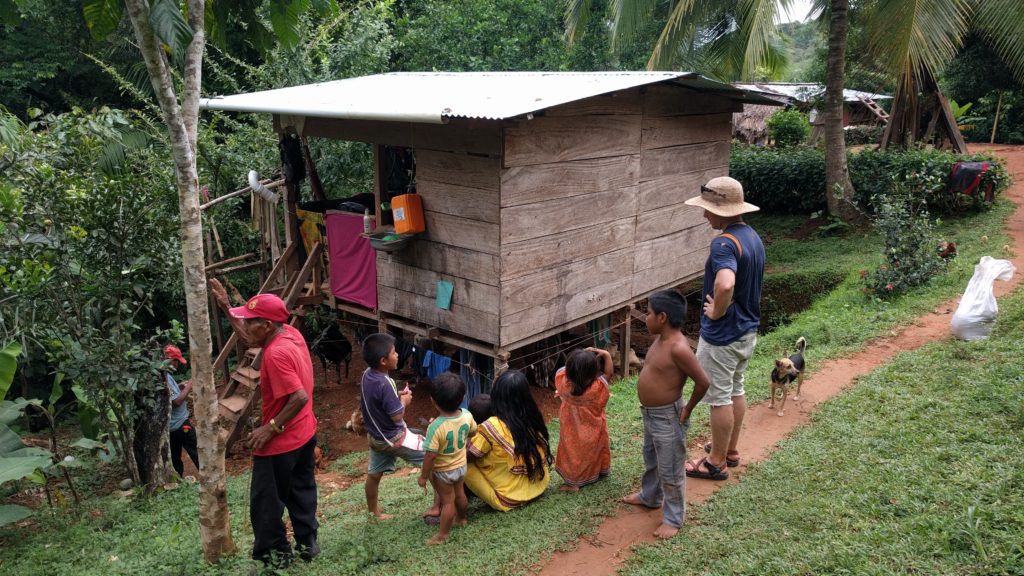 We explored Sam’s village which was a very special experience for us. No other tourists are allowed in the Comarca, unless with a special guide or in our case a family member working for the Peace Corps. The experience was very intimate and true look at how the poorest communities live day to day. Though they have little, they smile more than most people with lots. 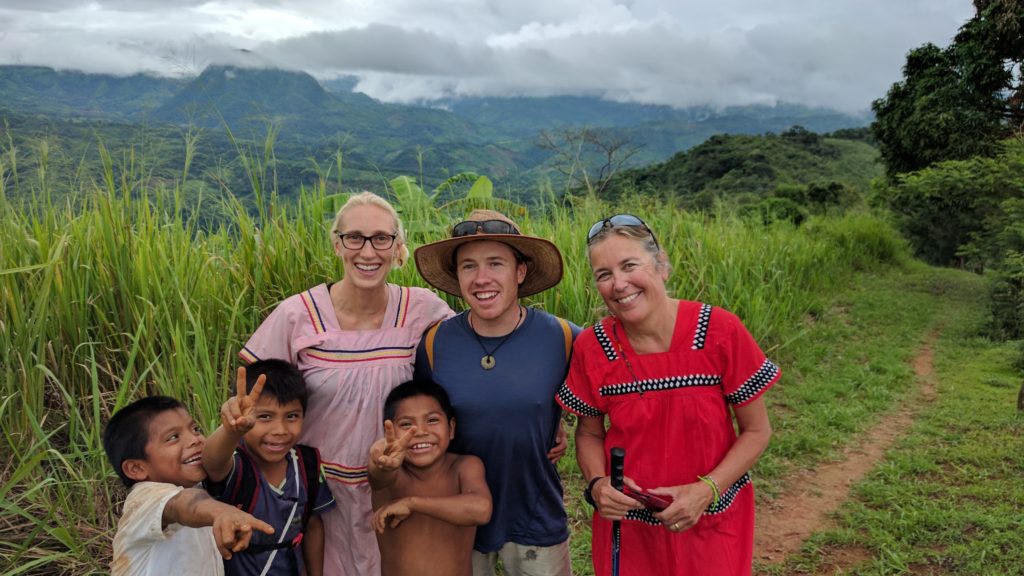 Sam even showed us where he has been working to build an aqueduct for year-round sustainable and clean drinking water. 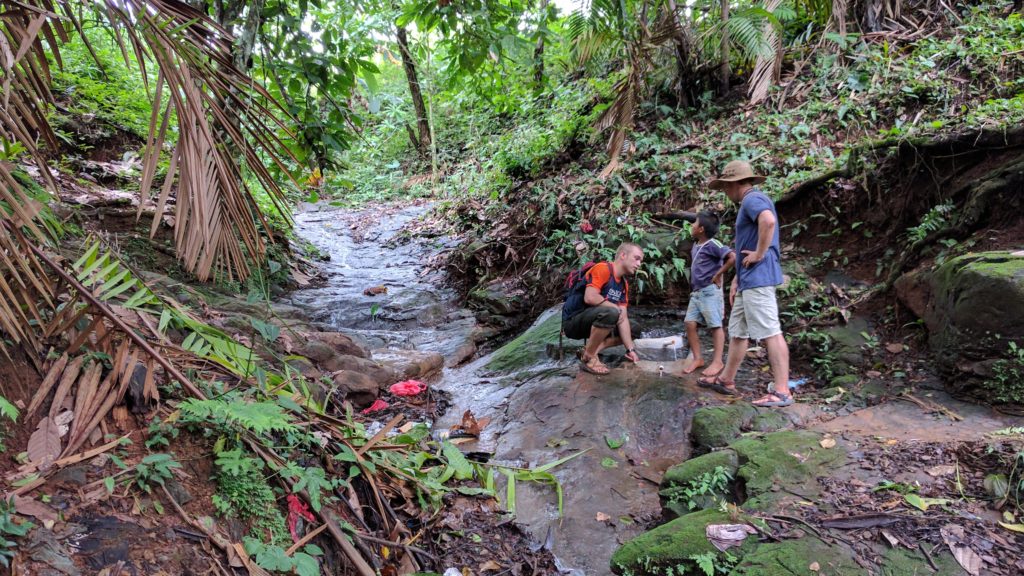 As dusk was approaching, we needed to return to the van for the night. We headed back with our eyes opened and mind enlightened to a way of living that we will never be able to fully understand. Having the opportunity to visit a world so different from the one we grew up with is an experience that has changed the way we view life and how we will live moving forward. 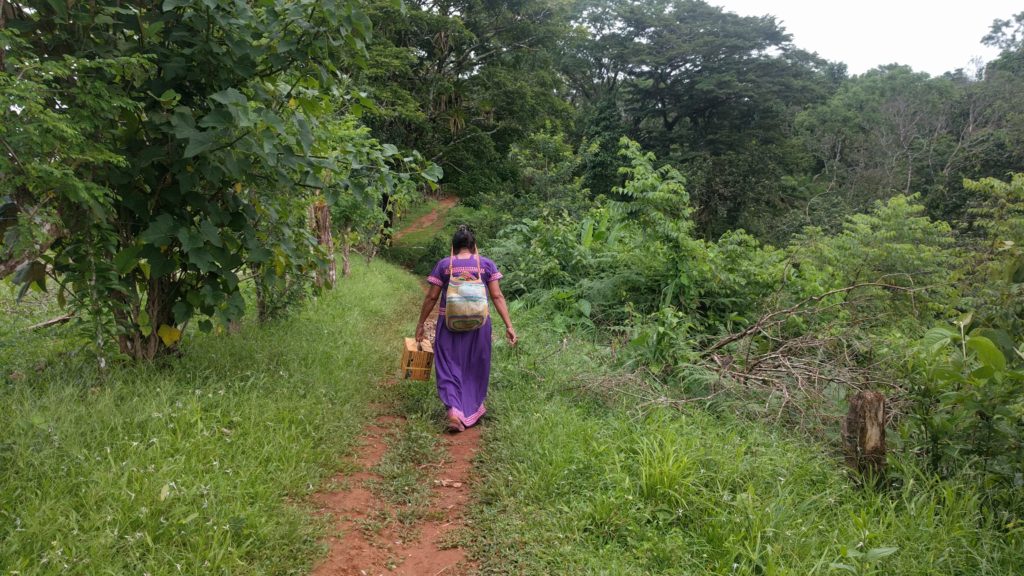 6 thoughts on “Hurrah, We Made it to Panama”